Demands not met, farmers’ protest off 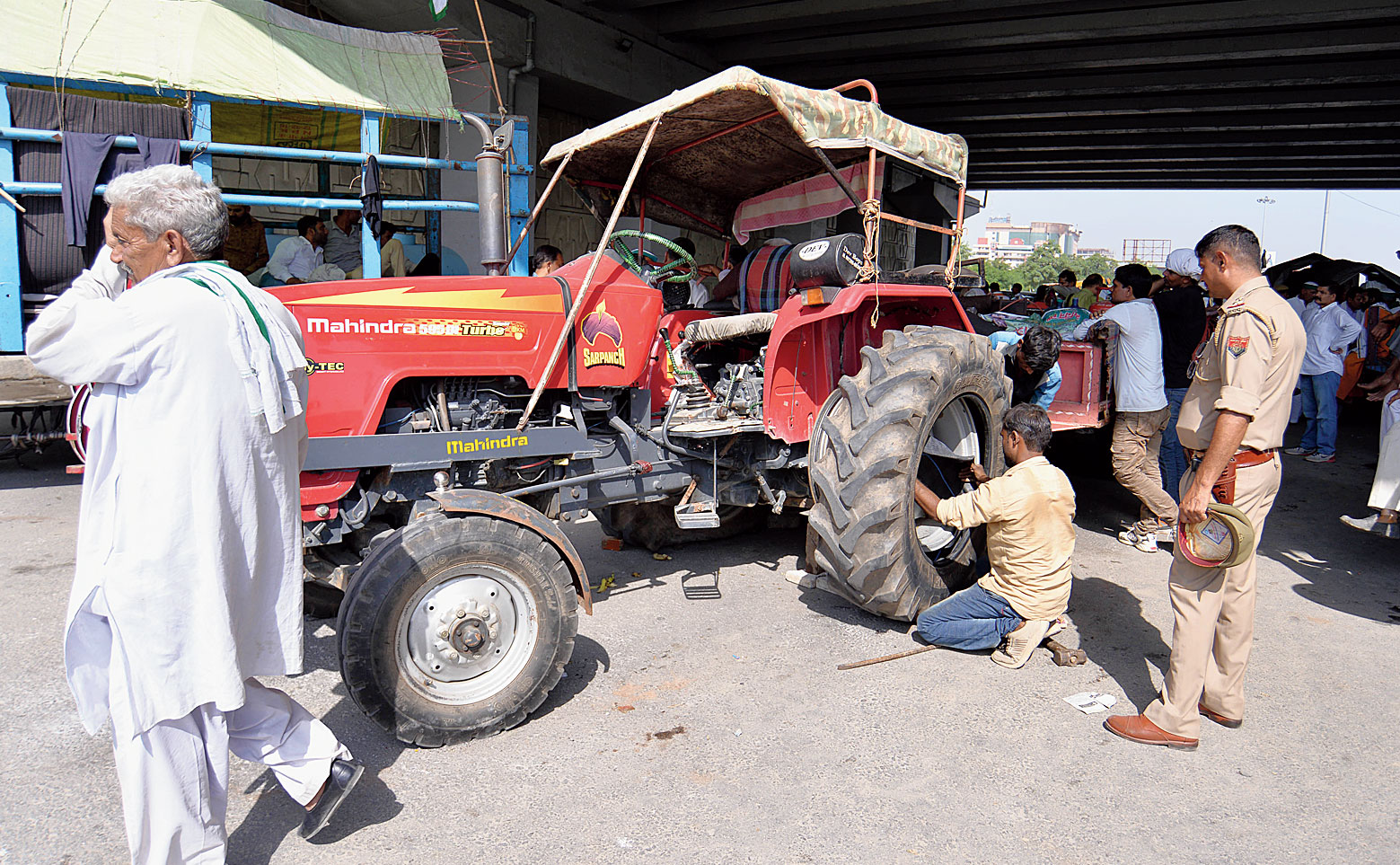 The decision of the Bharatiya Kisan Union (BKU) leadership to call off the farmers’ agitation in the dead of the night, within hours of digging heels in and without any fresh assurance on key demands, has left many participants surprised and angry.

The agitation was called off in the early hours of Wednesday after the farmers — who continued to picket the Delhi-Uttar Pradesh border at Ghaziabad despite being water-cannoned and tear-gassed on Tuesday — were allowed to enter the national capital with their tractor trolleys and proceed to Kisan Ghat, former Prime Minister Charan Singh’s memorial.

What surprised many was that the agitation was called off without getting any assurance from the government on the two key demands — loan waiver and enhanced minimum support price, calculated on the C2 basis (where every input is factored in).

The only concession made by the government was to allow the farmers to enter Delhi and go up to Kisan Ghat on the condition that they would exit the capital by 5am so that there would be no disruption of traffic.

“What transpired between 11.30pm and 12.30am is something we all would like to know,” V.M. Singh of the Rashtriya Kisan Mazdoor Sanghathan told The Telegraph.

That was a question being discussed by others active in the farm sector, as even the BKU is on record stating that only seven of their 11 demands have been met. Those seven demands were met by Tuesday evening, after which the farmers decided to stay put at the border and the Ghaziabad district magistrate announced late in the night that schools would remain closed on Wednesday.

BKU president Naresh Tikait’s explanation for calling off the “Kisan Kranti Padyatra” was that since the government had allowed them to complete the programme by going to Kisan Ghat, “our aim to finish the yatra was met”.

His brother Rakesh, sensing the anger among the farmers who had booed junior agriculture minister Gajendra Singh Shekhawat when he visited them on Tuesday night, said though they were returning to their villages, the agitation would continue.

“Farmers have returned but they are still angry. Many feel they did not achieve enough for the effort they put in marching from Haridwar over 10 days and then the police action at UP Gate,’’ said Ashok Baliyan, who heads the Peasant Welfare Association and had come with the farmers from Muzaffarnagar.

He categorically denied the government charge that the farmers were politically motivated and had been put up by some parties. This was a farmers’ agitation in response to the agrarian distress, Baliyan said.

Baliyan also sought to allay speculation that the exercise was orchestrated as a pressure tactic to secure the Bijnor Lok Sabha seat for the BKU, whose media in-charge Dharmendra Malik is a member of the Krishak Samriddhi Aayog set up by the Yogi Adityanath government in Uttar Pradesh.

V.M. Singh said a bigger mobilisation of farmers was under way and would converge in the capital for three days from November 28 under the banner of the All India Kisan Sangharsh Coordination Committee.

“On the birth anniversary of Gandhi, the government should have exercised restraint towards those who feed the country,” Singh said, speaking about the police action on protesters on Tuesday.

“Also we want a special session of Parliament to pass the two private members’ bills that have been introduced in this regard. If the government can have a midnight session to roll out the GST, then why not for passing these two bills which have the support of 21 political parties?’’