Delhi riots: Two women describe how they coped in Tihar

A booklet has been released, containing artwork and excerpts from letters to family and friends JNU students Devangana Kalita and Natasha Narwal penned from jail 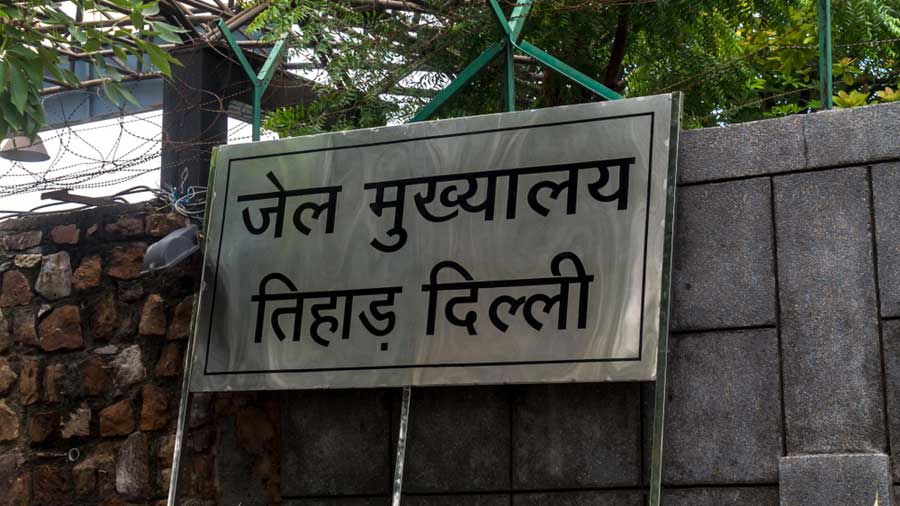 Two imprisoned young women’s accounts of how they defeated the authorities’ efforts to “strip away” their “autonomy and humanity” form part of an online booklet released on Thursday to mark a year of their incarceration in Delhi riots cases.

Devangana, 31, and Natasha, 32, were arrested on May 23 last year for participating in a dharna in northeast Delhi against the new citizenship matrix on February 22, a day before communal violence broke out.

They were later booked in other cases for the protests, including one that invoked the anti-terror law Unlawful Activities Prevention Act, under which bail is rare. They are accused of inciting riots through their protests. 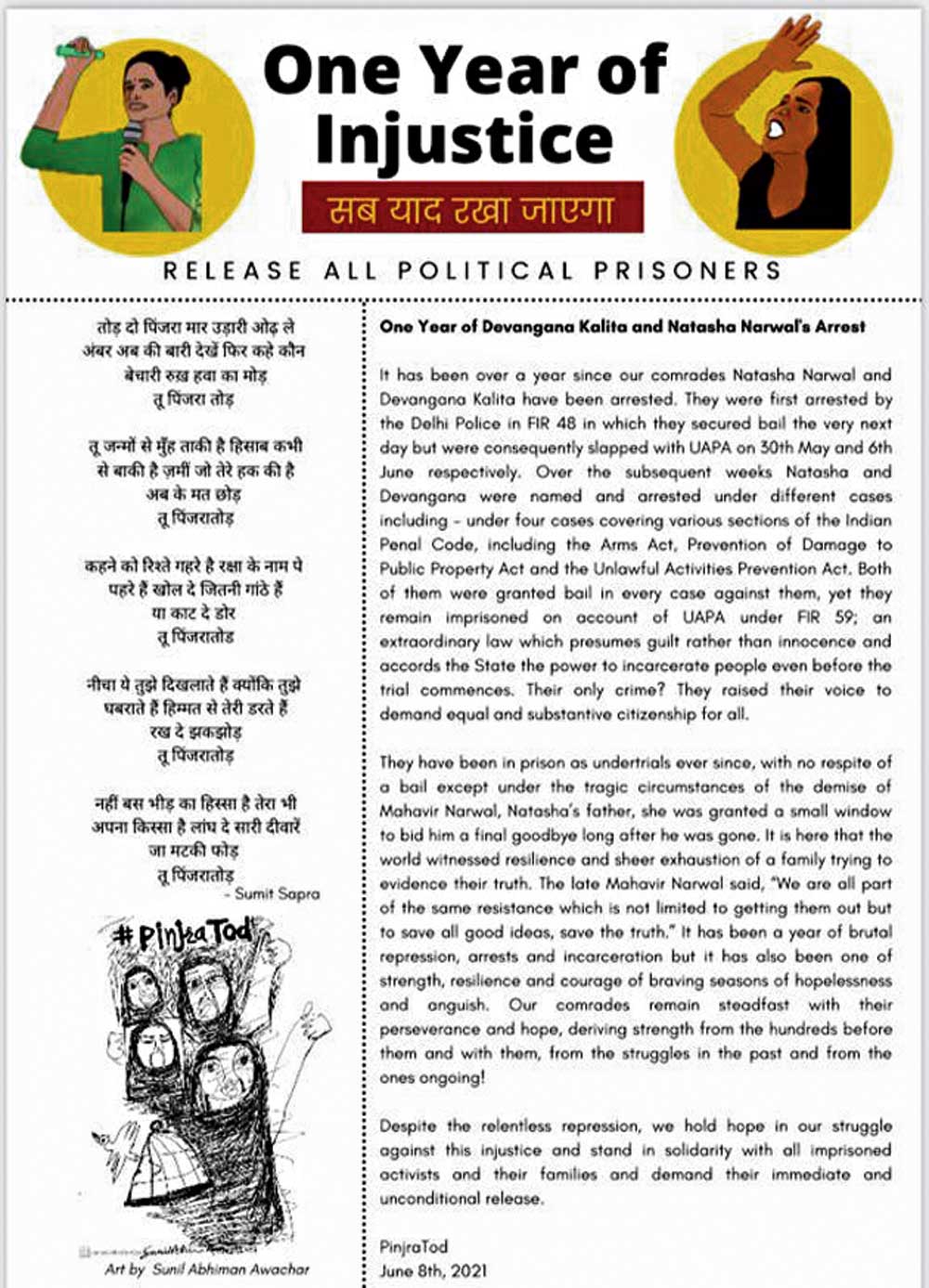 The booklet
Sourced by The Correspondent

The booklet, One Year of Injustice — Sab Yaad Rakha Jayega, whose title is drawn from the iconic poem by Aamir Aziz on the citizenship protests, calls for the release of all “political prisoners”.

One of Natasha’s letters published in the booklet says: “You know basically prison is an extension of, the logical end of all the unfreedoms in the society one has been fighting against, everything meant to crush one’s autonomy.”

The letter says: “But I have seen, even in a place like this which is meant to strip away one’s autonomy and humanity, reduce people to bare life, people still manage to retain some, hiding them in nooks and corners, hiding them from always prying eyes. They still manage to laugh, cry, sing together, form intimacies and friendships, dream about another future.”

One of her letters says: “Every day I draw strength from the women who have been here for many years, women who have no one ‘outside’, who are endlessly waiting through long trials, women who are from faraway countries and don’t even speak English or Hindi, women who have delivered their babies here and bring them up here, women who do not have money to hire lawyers and patiently negotiate the arduous process of the government legal aid system, women who have not spoken to anyone in their families for months because they just cannot remember or find a contact number and no one responds to their letters ‘home’, women who are as much ‘criminals’ as prisoners of structural oppressions.”

The booklet also contains artwork from, and photographs of, protests held demanding the release of the two women and several other students and activists jailed in these cases.

It also lists the multiple pleas for prison reforms the two women have made, with mixed success so far, including those for Covid vaccination that has benefited all prisoners, meetings between prisoners and families, and access to education and multi-speciality medical care.

Natasha and Devangana — doing a PhD in history and an MPhil in women’s studies, respectively, at JNU — have been able to continue their studies in prison through a successful court plea.

Natasha served as a librarian in jail and now helps at the legal aid cell. Both women also help in the creche, one of their friends said.

A Pinjra Tod activist from JNU told The Telegraph the organisation planned to print the booklet after translating it into Hindi.

“It celebrates their resolve and resilience and calls for justice for all those wrongfully imprisoned,” the activist said.

At a webinar on Tuesday, Devangana’s mother Kalpana had said: “Today we are really missing Mr Narwalji who was our real strength. When we used to get into distress, we used to call him and his voice would assure us.”

Natasha’s brother Aakash said: “I was very surprised and proud of her when she raised her fist and (chanted) slogans while going back to Tihar jail after our father’s demise. Natasha’s strength and composure helps me, it gives me strength.”

Gujarat MLA Jignesh Mevani was part of the webinar. “(The) UAPA is a mechanism to lock away voices that trouble the government. Successive governments have deployed it: its use is not restricted to the BJP,” he said.

“We need to demand an end to draconian laws, as such.... There is no action against police and government officials who slap false charges on people.”