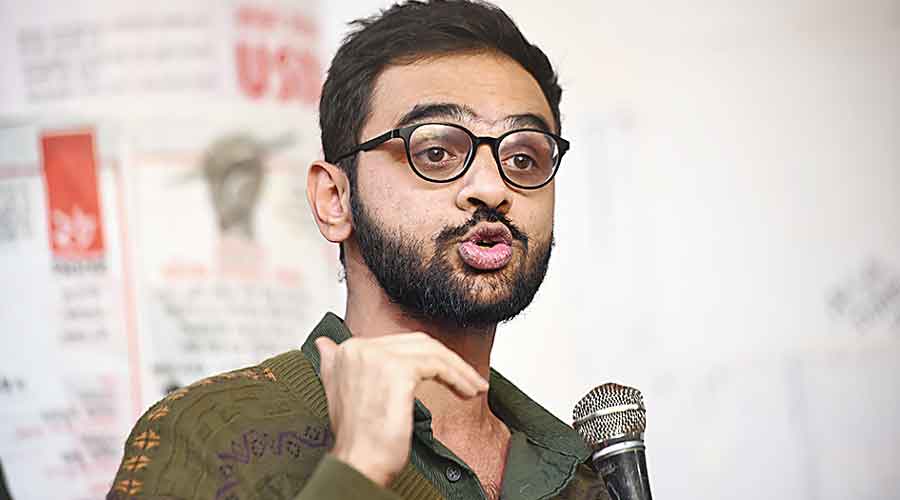 The Delhi High Court on Friday deferred hearing till May 6 on Umar Khalid plea for bail in a UAPA case related to alleged conspiracy behind the riots here in February 2020 in view of the upcoming hearing before the Supreme Court on the constitutional validity on the law of sedition and sought the Delhi Police's stand on Shrajeel Imam's bail application in the same case.

A bench headed by Justice Siddharth Mridul issued notice on Imam's challenge to the rejection of his bail plea by the trial court and listed it for further hearing alongside Khalid's plea on the date after the top court considers the issue of validity of section 124A IPC on May 5.

Senior counsel Trideep Pais appearing for Khalid submitted that the Supreme Court was not likely to conclude on that day and the present bail proceedings were not limited to just section 124A but concerned provisions of the Unlawful Activities (Prevention) Act (UAPA).

Anything that may have a bearing, however remote, we should wait (for it). Like you said, the outcome is going to be seminal, said the bench also comprising Justice Rajnish Bhatnagar.

The court further observed that Imam and Khalid were stated to be co-conspirators in the case and it would thus hear both the two bail applications together.

Advocate Tanveer Ahmed Mir, appearing for Imam, emphasised that de hors the Supreme Court hearing on the issue of sedition, his plea was for the purposes of bail.

If we have to hear the co-accused, we might as well do it in one go, the court said.

The court also listed for hearing on May 6 another bail plea by Imam in a separate Delhi riots case.

Khalid, Imam and several others have been booked under the anti-terror law in the UAPA case for being the "masterminds" of the February 2020 riots, which had left 53 people dead and over 700 injured.

The trial court had dismissed the bail petitions by Khalid and Imam on March 24 and April 11, respectively.

Last week, while granting time to the Delhi Police to respond to the bail plea, the court had opined that Khalid's speech, which forms the basis for the allegations against him, was obnoxious, prima facie not acceptable and that certain statements in the speech were "offensive per se".

It had, during a subsequent hearing, expressed its displeasure over the use of term jumla by the former JNU student in his criticism of the Prime Minister of India in the speech, and said there has to be a 'laxman rekha' even for criticism

The Delhi Police, represented by Special Public Prosecutor Amit Prasad, has opposed the bail plea, saying the narratives sought to be created by Khalid cannot be looked into as his defence at this stage and the trial court refused to release him by a well-reasoned order which suffers from no illegality.

Imam, who is accused of making inflammatory speeches against the government on the CAA and NRC, particularly at Jamia Milia Islamia University in December 2019, submitted that in absence of any admissible material, the trial court wrongly found him to a part of the conspiracy to cause riots and there is no prima facie case against him for commission of any 'terrorist act' under the stringent Unlawful Activities (Prevention) Act.

He has submitted that he is a final year Ph.D student having no prior criminal antecedents and the trial court failed to appreciate that the entire investigation is faulty and that there is no connection between his speeches and the incidents of violence.