Natasha Narwal, Devangana Kalita, and Asif Iqbal Tanha, booked under several cases, were denied bail by trial courts only in the case involving the anti-terror law 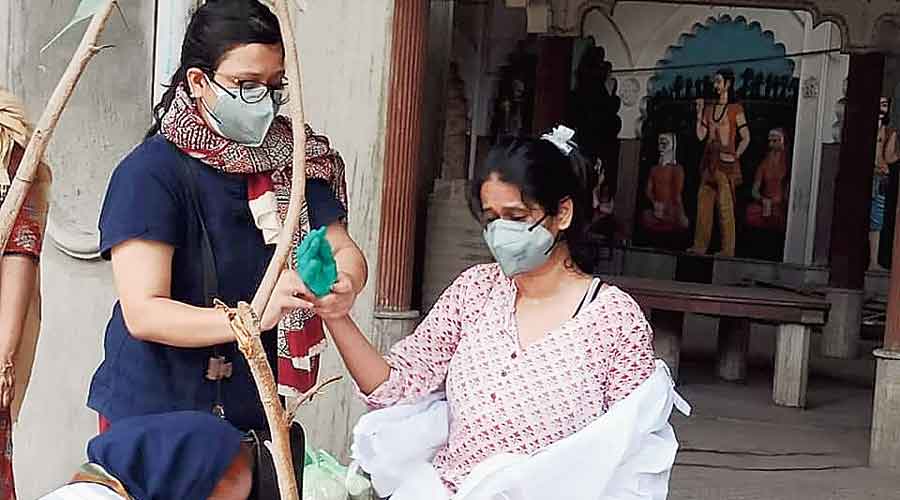 The State’s anxiety to suppress dissent is somewhat blurring in its mind the line between the constitutionally guaranteed right to protest and terrorist activity, Delhi High Court said on Tuesday while granting bail to three student anti-CAA protesters charged under the anti-terror law UAPA.

“If this mindset gains traction, it would be a sad day for democracy,” the division bench of Justices Siddharth Mridul and Anup Jairam Bhambhani said.

The bench questioned the purported evidence furnished by the police against the trio, arrested in April last year and charged with inciting the February 2020 communal riots in Delhi after they participated in protests against the new citizenship matrix.

Natasha, 32, Devangana, 31, and Tanha, 25, were all implicated in several cases. The trial courts had withheld regular bail only in the Unlawful Activities Prevention Act case.

In its order on Natasha’s bail, the bench said: “Allegations relating to inflammatory speeches, organising of chakka jaam, instigating women to protest and to stockpile various articles and other similar allegations, in our view, at worst, are evidence that the appellant participated in organising protests, but we can discern no specific or particularised allegation, much less any material to bear out the allegation, that the appellant incited violence, what to talk of committing a terrorist act or a conspiracy or act preparatory to the commission of a terrorist act as understood in the UAPA.”

It added: “We are constrained to express, that it seems, that in its anxiety to suppress dissent, in the mind of the State, the line between the constitutionally guaranteed right to protest and terrorist activity seems to be getting somewhat blurred. If this mindset gains traction, it would be a sad day for democracy.”

The court said it was not convinced by any of the purported evidence against the three. About the two women —  members of the Pinjra Tod feminist student group —  it observed that the allegations “are not even borne out from the material on which they are based”.

Granting bail to Devangana, the court said: “We are afraid, that in our opinion, shorn off the superfluous verbiage, hyperbole and the stretched inferences drawn from them by the prosecuting agency, the factual allegations made against the appellant do not prima facie disclose the commission of any offence under sections 15, 17 and/or 18 of the UAPA.”

All three students were granted bail against personal bonds of Rs 50,000, two local sureties of the same amount and other routine conditions such as surrender of their passports.

Tanha, a member of the Jamaat-e-Islami Hind’s Students Islamic Organisation (SIO), has for the past week been held in a hotel room in south Delhi’s Nehru Place under an “interim custody bail” so he can take his examinations. Devangana and Natasha are in Tihar jail.

Natasha had been granted three weeks’ bail in May to attend to the last rites of her father and CPM activist Mahavir Narwal, who had died of Covid. She returned to prison after the three weeks.

Granting bail to Tanha, the court said: “… as we speak now these are mere allegations and, as discussed above, we are not convinced prima facie of the veracity of the allegations so made.”

A police source said the force would challenge the high court ruling in the Supreme Court.

Charges have been framed against 15 people, including six students, in the terrorism case. Of them, only Jamia's Safoora Zargar had till now received regular bail, granted on medical grounds of pregnancy.

The CPM politburo said in a statement: “The court has shown the mirror to the government. This applies to numerous cases in which any form of dissent is termed anti-national and individuals are bullied, intimidated, threatened, imprisoned under UAPA and laws of sedition.”

Hailing the judgment, the politburo demanded “that the government apply this standard to all the false cases and release all political prisoners”.

The high court said the phrase “terrorist act” cannot be applied in a “cavalier manner” to criminal acts that fall under the ambit of the Indian Penal Code.

“Where court finds that an act or omission is adequately addressed and dealt with by the ordinary penal law of the land, the court must not countenance a State agency ‘crying wolf’,” the bench said in the order on Natasha's bail.

“Since courts often tend to fall into this error, it is extremely important to bear in mind the words of the Supreme Court that grant of bail cannot be thwarted merely by asserting that an offence is grave, since the gravity of the offence can only beget the length of the sentence, which may be awarded upon conclusion of the trial.”

Both the BJP-led Centre and the Aam Aadmi Party-led Delhi government had sanctioned the prosecution, as required under the UAPA. Former Congress municipal councillor Ishrat Jahan and suspended AAP councillor Tahir Hussain are among those jailed in the terror case.

On Tuesday, the Students Islamic Organisation said: “We are glad that the honourable court called out the hollowness of the bogus conspiracy charges against young activists.”

“We hope that this verdict will serve as a precedent in curbing the long and unjust incarceration of innocent persons under draconian laws. We pray to Almighty that all the political prisoners languishing in jail will be acquitted and released soon, and the true culprits of the Delhi pogrom will face justice.”

The CPIML Liberation’s All India Students' Association said: “Taking cognisance of the spirit of the Delhi HC order upholding the right to protest and democracy, the judiciary should intervene and free Anand Teltumbde, Sudha Bharadwaj, father Stan Swamy and other political prisoners arrested under UAPA in the Bhima Koregaon case.”

JNU: No release for activists yet