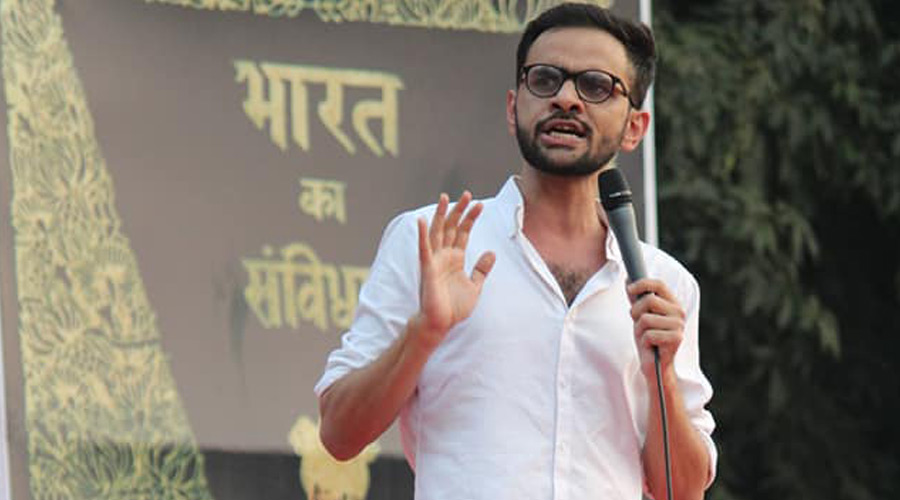 The Delhi High Court on Thursday directed that the bail plea by former JNU student Umar Khalid in the UAPA case related to the alleged conspiracy behind the riots here in February 2020 be sent to another bench for hearing on May 20.

A bench headed by Justice Mukta Gupta considered the previous orders passed in the case and observed that the matter was part-heard before the bench of Justices Siddharth Mridul and Rajnish Bhatnagar.

"Let the matter be listed before the bench of Justices Mridul and Bhatnagar on Friday subject to the order of the Acting Chief Justice," the bench also comprising Justice Mini Pushkarna ordered.

On May 6, the bench headed by Justice Mridul had listed Khalid's bail plea for hearing on May 19 and allowed him as well as the prosecution to place on record all the documents relevant for effective adjudication.

Khalid and several others have been booked under the anti-terror law Unlawful Activities (Prevention) Act (UAPA) and provisions of the Indian Penal Code in the case for being the "masterminds" of the February 2020 riots, which had left 53 people dead and over 700 injured.

The trial court dismissed the bail petition by Khalid on March 24.

Khalid has argued in his bail plea before the high court that his speech, which forms the basis for the allegations against him, did not call for violence, was not contemporaneously uploaded on YouTube, was not widely circulated, and that the allegation of commission of the offence of section 124A (sedition) IPC or any reaction in Delhi on account of the speech was unfounded, unlikely and more than remote .

The Delhi Police, represented by Special Public Prosecutor Amit Prasad, has opposed the bail plea, saying the narratives sought to be created by Khalid cannot be looked into as his defence at this stage and the trial court refused to release him by a well-reasoned order which suffers from no illegality.

Earlier, while granting time to the Delhi Police to respond to the bail plea, the bench headed by Justice Mridul had said that Khalid's speech was obnoxious, prima facie not acceptable, and that certain statements in the speech were "offensive per se".