The overall air quality index oscillated between 410 and 420 during the day, which falls under the severe category 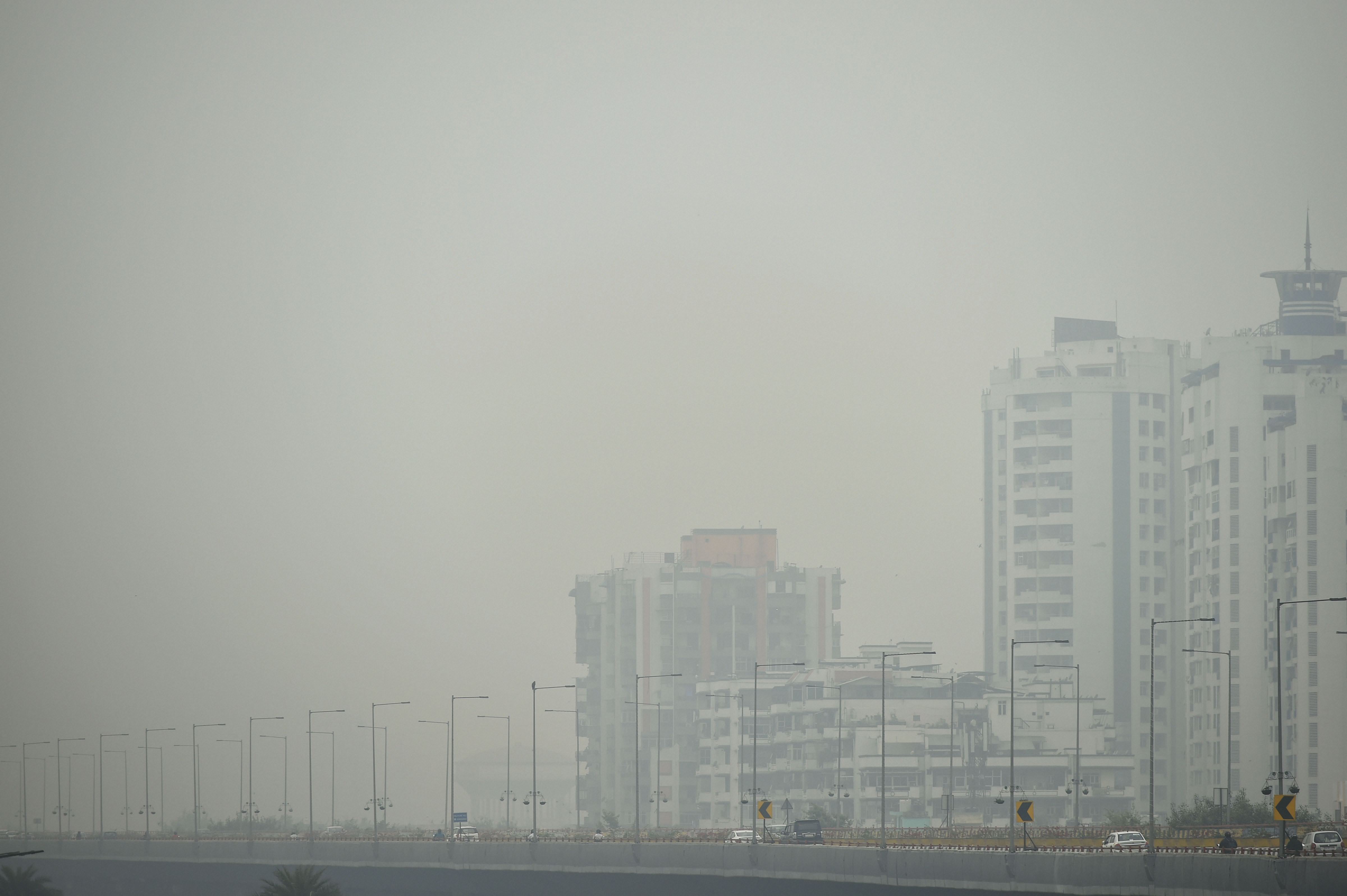 Delhi remained blanketed by a thick haze on Wednesday with its air quality dropping further, largely due to the heavy load of smoke from stubble burning in neighbouring Haryana and Punjab, according to government agencies.

The city's pollution levels peaked at 2 am, touching the 423 mark. The overall air quality index (AQI) oscillated between 410 and 420 during the day, according to data from the Central Pollution Control Board.

Twenty-seven of the 37 air quality monitoring stations across Delhi recorded the AQI in the 'severe' category. Anand Vihar was the most polluted area in the capital with an AQI of 464 and Wazirpur following with an AQI of 462.

NSIT, Dwarka, was the least polluted with an AQI of 355.

According to the ministry of earth sciences' air quality monitor System of Air Quality and Weather Forecasting And Research (Safar), the share of stubble burning in Delhi's pollution has risen to 35 per cent, the season's highest, and the hazardous haze shrouding the city on Wednesday can be 'purely' attributed to it.

Northwesterly winds, which are favourable for plume transport, will continue to blow in the region for another two days, the air quality monitor predicted.

A marginal improvement in the air quality is predicted on Thursday due to an expected increase in wind speed which will help disperse pollutants faster.

On Thursday, the share of stubble burning in Delhi's pollution is predicted to be 27 per cent. It was 25 per cent on Tuesday.

In view of hazardous pollution levels in Delhi, doctors advised people to take a lot of precautions, including wearing face masks and avoiding early morning and late evening walks as concentration of pollutants is highest during this period.

'Intake of every 22 micrograms per cubic metre of polluted air is equivalent to smoking a cigarette. So, whether the PM2.5 level is 700 or 300 units, the impact is still as bad. People need to take precautions, especially those suffering from asthma, bronchitis or other respiratory illness,' said Dr Arvind Kumar, lung surgeon at the Sir Ganga Ram Hospital in the national capital.

Delhi's air quality took a hit after Diwali night due to a combination of firecracker emissions, stubble burning and unfavourable meteorological conditions.

Since then, pollution levels have been oscillating between the lower end and the higher end of the very poor category.