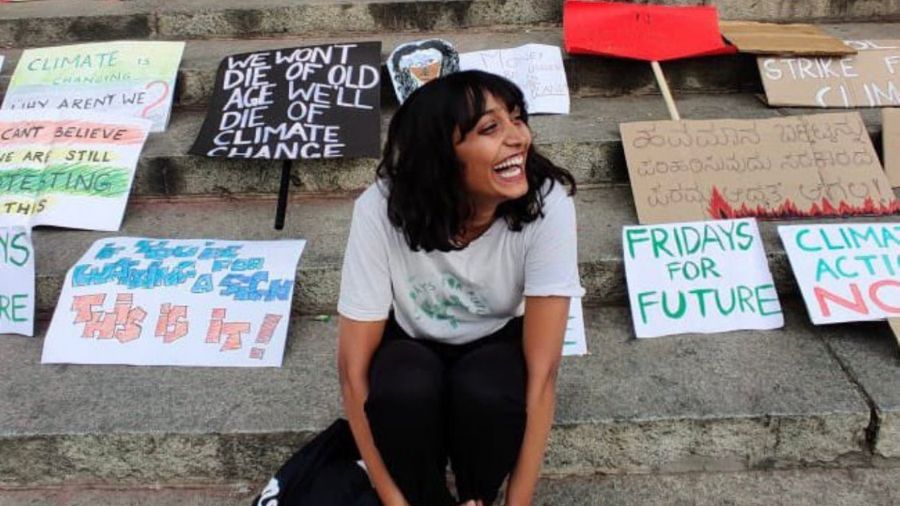 A 21-year-old climate activist has been arrested from Bengaluru for being allegedly involved in sharing the "toolkit" related to the farmer's protest on social media, police said on Sunday.

Disha Ravi was arrested by a Cyber Cell team of the Delhi Police from Bengaluru on Saturday.

She was picked up from her house for questioning and was later arrested for her alleged involvement in formulation and dissemination of the "toolkit Google doc", a senior police officer said.

Ravi, who is a graduate in Bachelor of Business Administration from a private college in Bengaluru, is also one of the founding members of a group named 'Fridays For Future India'.

"In connection with a case regarding the investigation into the criminal conspiracy related to the toolkit document, Disha Ravi has been arrested from Bengaluru.

"She was one of the editors of the toolkit Google Doc and a key conspirator in the document's formulation and dissemination," said Anil Mittal, Additional Public Relations Officer (Delhi Police) in a statement.

She was produced before a Delhi court here on Sunday. She has been remanded to police custody for five days, he said, adding that further investigation is in progress.

Her laptop and mobile phone has also been seized for further investigation and the police are ascertaining if she was in touch with more people who were involved in the case case.

Thousands of farmers protesting the Centre's new agri laws had clashed with the police during their tractor parade on January 26.

Their parade had dissolved into unprecedented scenes of anarchy as they fought with police, overturned vehicles and delivered a national insult hoisting a religious flag from the ramparts of the Red Fort, a privilege reserved for India's tricolour.

Over 500 police security personnel were injured while one protestors died during the Republic Day violence.

Earlier, the Delhi Police had asked Google and some social media giants to provide information about email id, URLs and certain social media accounts related to the creators of the "toolkit" shared by teen climate activist Greta Thunberg and others on Twitter in connection with the farmers' protest.

The Cyber Cell had on February 4 lodged an FIR against "pro-Khalistan" creators of the "toolkit" for waging a "social, cultural and economic war against the Government of India".

The case against unnamed persons was registered on charges of criminal conspiracy, sedition and various other sections of the Indian Penal Code, the police had said.

According to the police, the "toolkit" has a particular section that mentions "digital strike through hashtags on or before January 26, tweet storms on January 23 onwards, physical action on January 26 and watch-out or join farmers march into Delhi and back to borders".

The "toolkit" was aimed at spreading disaffection and ill-will against the government of India and creating disharmony among various social, religious and cultural groups, the police had added.