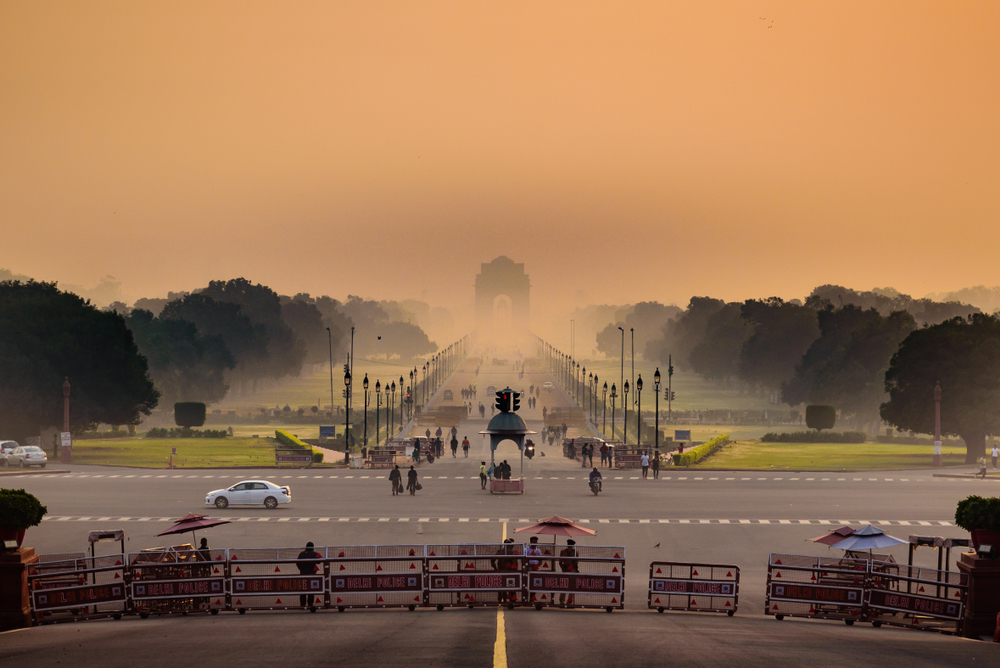 (Representative image) The period between October 15 and November 15 is considered critical for Delhi-NCR's air quality due to stubble burning in neighbouring states, firecracker emissions on Diwali and weather patterns across the region trapping pollutants in the atmosphere.
Shutterstock
PTI   |   New Delhi   |   Published 27.10.19, 09:09 AM

Pollution levels in the national capital shot up on Sunday and are expected to enter the 'severe' category tonight due to firecracker emissions, unfavourable weather and a significant spike in stubble burning, according to government agencies.

A thin layer of toxic haze hung over Delhi in the morning and the overall air quality index stood at 313 at 9 am. It continued its upward trend and was recorded at 337 at 1 pm.

On Saturday, Delhi's overall air quality (302) was in the lower end of the 'very poor' category.

The levels of PM10 tiny particulate matter of diameter 10 or less than 10 microns that can enter deep into the lungs reached as high as 515 micrograms per cubic metre in Anand Vihar, according to the Delhi government's air quality monitors.

Twenty-nine of the 37 air quality monitoring stations in the capital recorded their AQI in 'very poor' category or beyond.

The period between October 15 and November 15 is considered critical for Delhi-NCR's air quality due to stubble burning in neighbouring states, firecracker emissions on Diwali and weather patterns across the region trapping pollutants in the atmosphere.

With Delhi's air quality plummeting to dangerous levels around Diwali every year, the Supreme Court last year banned polluting firecrackers and ordered that only green firecrackers, which is said to cause 30 per cent less pollution, can be manufactured and sold.

But the green pyrotechnics have failed to draw good response both from sellers and buyers, primarily due to lack of variety, limited stock and high prices.

Last year also, people continued to buy the conventional firecrackers and use them.

According to the System of Air Quality and Weather Forecasting and Research (SAFAR), the highest impact of firecracker emissions is expected early on Monday from 1-6 am.

'If 50 per cent of the total load of firecrackers (average of Diwali 2017 and 2018) is added, the AQI may plunge to the severe category for a short period,' it said, adding the situation would be not as bad as last year.

SAFAR said stubble-burning incidents in Haryana and Punjab are increasing gradually and following almost the same pattern as last October.