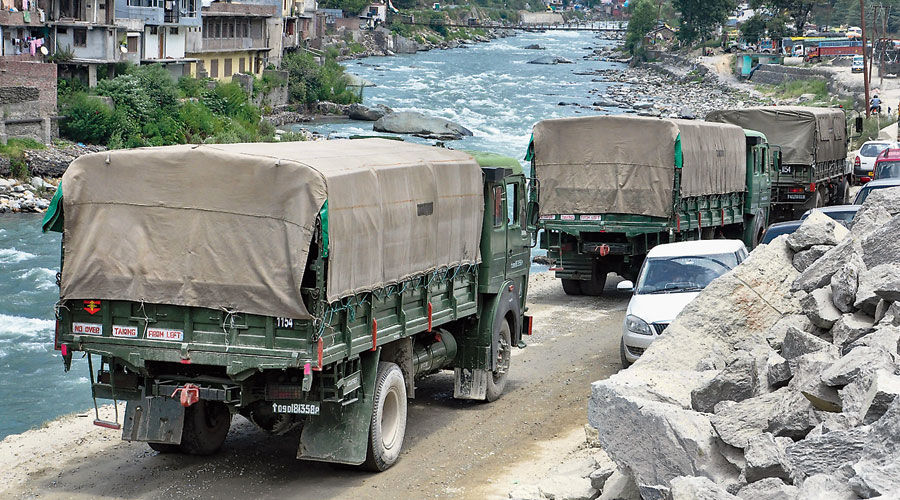 The defence ministry has appointed two independent external monitors for the Border Roads Organisation (BRO) and Military Engineering Services (MES) to oversee the ongoing infrastructure projects along the Pakistan and China borders.

The move comes amid China’s objections to India building strategic roads along the Line of Actual Control, which has triggered a standoff between their armies in eastern Ladakh since May last year.

Both countries have since then been aggressively deploying men and machines along the frontier. The ongoing border infrastructure projects are key to India’s deployment of forces.

Former Intelligence Bureau chief Rajiv Jain and former chief information commissioner Sudhir Bhargava are the external monitors who will for three years oversee the functioning of the BRO and the MES.

The BRO is a military outfit that builds and maintains roads along India’s frontiers. The MES is an inter-services organisation that has army and civil components and deals mainly with construction.

China particularly wants India to stop building the 250km Darbuk-Shyok-Daulat Beg Oldie road that connects Leh to the Karakoram Pass. This road runs parallel to the LAC, meandering through elevations ranging between 14,000 feet and 16,000 feet. Its strategic significance is that it connects Leh to Daulat Beg Oldie at the base of the Karakoram Pass, which separates China’s Xinjiang Autonomous Region from Ladakh.

Completion of the border roads will ensure faster deployment of Indian troops in the region. India and China have both ramped up strategic reserves in their rear bases near the frontier by rushing in artillery, infantry combat vehicles and military equipment.