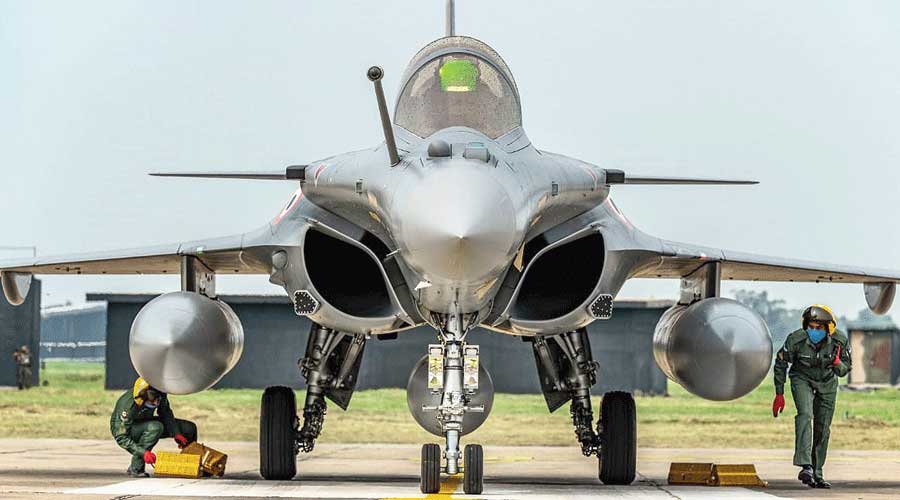 The defence ministry has scrapped the offset clause in government-to-government deals and single-vendor contracts for military equipment, a senior official said on Monday, explaining that the provision had failed in its objective of bringing advanced technology to the country.

Many in India had become familiar with the term “offset contract” because of the Rafale controversy.

The existing offset policy requires foreign defence vendors to invest at least 30 per cent of the total contract in India to boost indigenous capabilities. From October 1, under a new Defence Acquisition Procedure (DAP), this will cease to apply to inter-government and single-vendor deals, director-general (acquisition) Apurva Chandra told reporters.

Multi-vendor contracts will continue to have the offset clause, a ministry official later clarified.

The defence ministry’s official statement on the DAP only said that “the offset guidelines have been revised”.

A week ago, government auditor CAG had pulled up French firm Dassault Aviation for failing to meet its offset obligations in the Rs 59,000-crore Rafale aircraft deal that included the transfer of high-end technology to the Defence Research and Development Organisation.

During the Rafale controversy ahead of the 2019 general election, the term “offset contract” had hogged headlines because of the one with Anil Ambani’s Reliance — a rookie in defence manufacture — at the cost of public-sector Hindustan Aeronautics Ltd.

The Congress had accused Prime Minister Narendra Modi of bypassing due process to strike a deal with France that involved fewer jets at a higher price per aircraft than the one negotiated by the previous UPA government, and a bonanza for Anil Ambani.

Several military veterans expressed support for the abolition of the offset policy, introduced in 2005, saying it had never worked and that it paved the way for corruption.

A veteran said: “It was introduced for the benefit of the domestic defence industry, but Indian manufacturers lacked the capability or technological prowess to gain from it.”

Besides, he said, bureaucratic and operational delays in India were a “stumbling block”.

A former lieutenant general said the removal of the offset clause could lead to savings, since foreign firms tended to jack up prices by about 10 per cent to cater to their offset commitments.

“The offset business in government-to-government deals was also a big money racket. No foreign firms transfer technology, anyway, and so it never worked. We have seen this now in the Rafale deal as well,” he said.

“No offset contract has led to transfer of technology into the country as pointed out by the CAG in a recent report. We have made changes in offset guidelines… There will be no offsets clause in inter-governmental agreements, government-to-government deals and single-vendor cases,” he said.

Chandra said the offset guidelines had been revised to align defence procurement with the government’s vision of Atmanirbhar Bharat (Self-reliant India) and to empower domestic industry through the Make-in-India initiative, with the goal of turning the country into a global manufacturing hub.

But a retired general said that at least in the defence sector, talk of Atmanirbhar Bharat and Make-in-India was a “sham”.

“The government talks about turning India into a defence manufacturing hub – does India have enough indigenous capability?” he asked.

“The answer is a big ‘no’. We haven’t got the capability to even manufacture artillery guns.”