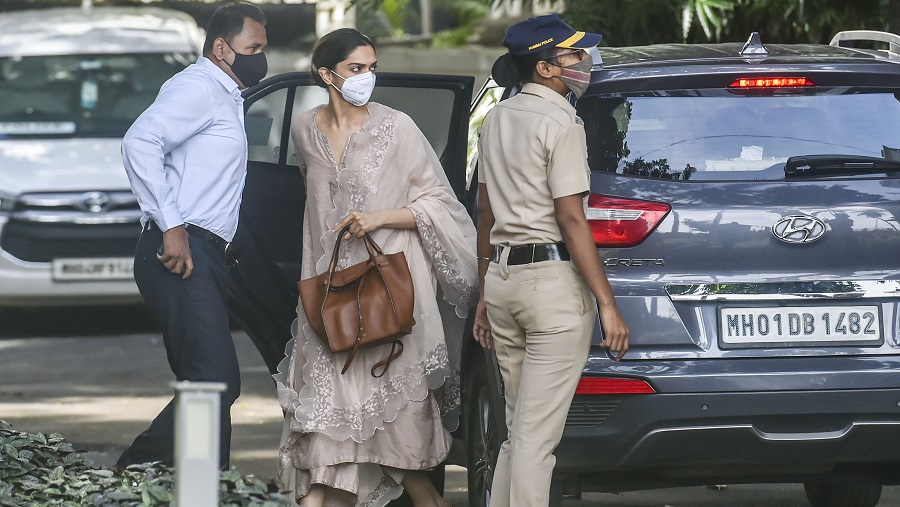 Padukone was confronted with her manager Karishma Prakash during questioning, sources said. Prakash's WhatsApp chats, including purported conversations about drugs with one 'D', are on the radar of the anti-drugs agency, sources had said.

Padukone, who reached the NCB guest house in Colaba in south Mumbai around 9.50 am, left around 3:50 pm, a police official deployed outside the guest house said.

After questioning, both Padukone and Prakash were allowed to go home around 3.40 pm, NCB sources said.

Prakash first came out of the guest house, followed by Padukone. They left in their cars separately, the police official said.

Media personnel were present in large numbers outside the barricaded area near the guest house.

There were reports that Padukone's husband and actor Ranveer Singh had asked NCB if he could also remain present during her questioning. However, the NCB had on Friday clarified that it did not receive any such request.

The NCB is also questioning actresses Shraddha Kapoor and Sara Ali Khan at its office separately in connection with the alleged drug nexus.

Rajput (34) was found hanging in his apartment in suburban Bandra on June 14.

Her name cropped up during the questioning of Rhea Chakraborty, Rajput's girlfriend who has been arrested by the NCB in the drugs case along with over a dozen others, officials said.

Sara was Rajput's co-star in "Kedarnath".

Another co-star of Sushant, Shraddha Kapoor arrived at the NCB's zonal office in Ballard Estate on Saturday to record her statement.

The NCB probe team will record her statement regarding the drugs case related to Rajputs death and Bollywood-drugs nexus as well, the official said.

Shraddha’s name cropped up during the interrogation of some persons, who were earlier summoned by the probe team, sources said.