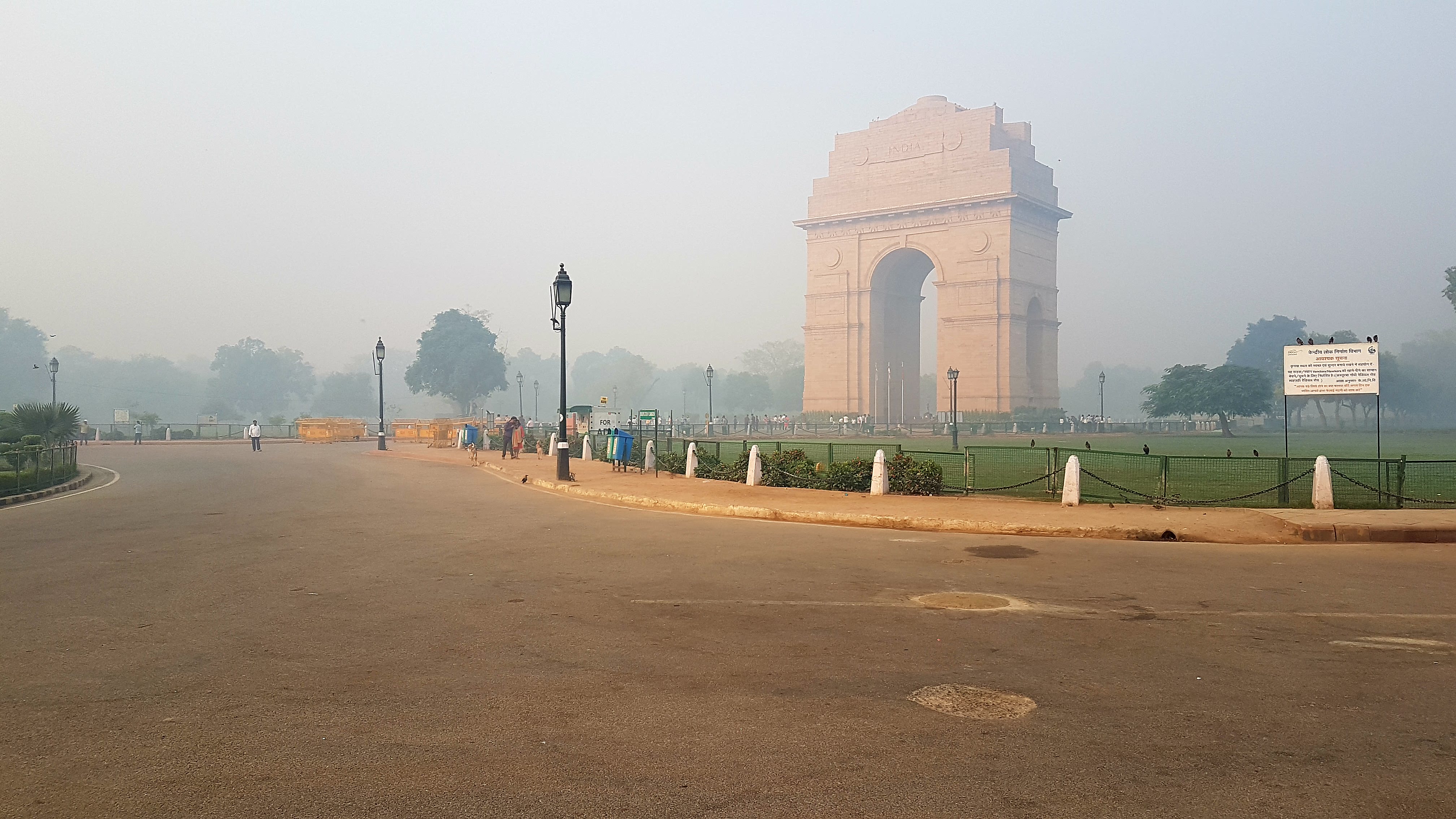 Delhi had anticipated the season's worst pollution levels on the morning after Diwali, but the air quality, although 'very poor', turned out to be better than the last three years, according to data of the government's air quality monitors.

The ministry of earth sciences' air quality monitoring service, Safar, had predicted that the city's overall air quality index (AQI) would enter the 'severe' category between 1 am and 6 am on Monday, primarily because of firecrackers, unfavourable weather and a significant spike in stubble burning.

But, the air quality sensors have recorded only a marginal increase in pollution levels even though people continued bursting crackers until late on Sunday night, violating the Supreme Court-enforced two-hour limit of 8 pm-10 pm.

It, however, increased to 340 at 8.30 am, as the weather department reported occurrence of shallow fog.

Thirty-six of the 37 air quality monitoring stations in the capital recorded their AQI in the 'very poor' category.