Protesters have called a Delhi bandh on August 21 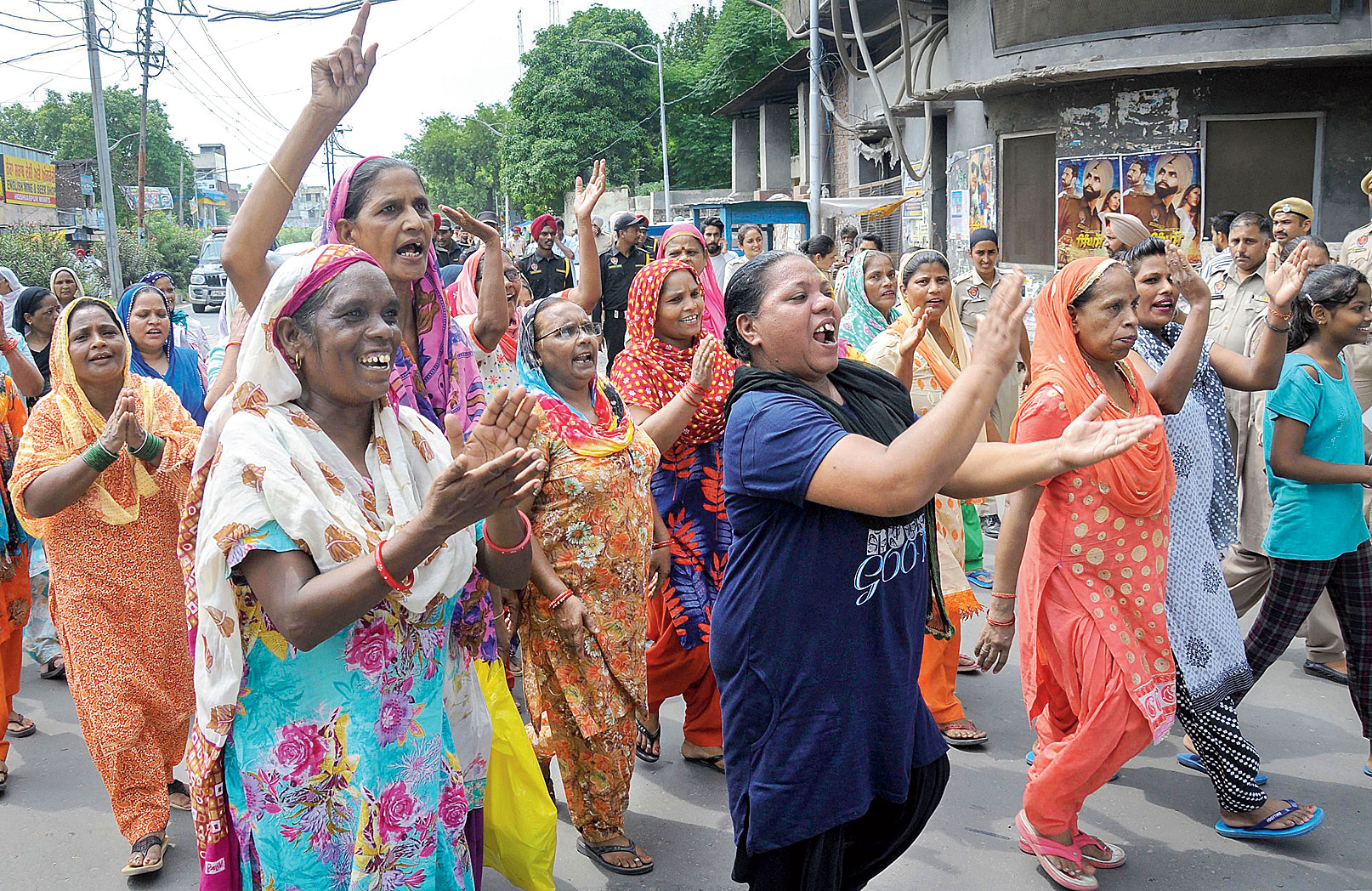 Dalit groups on Tuesday called a strike in Punjab to protest against the demolition of a Guru Ravidass temple in Delhi’s Tughlaqabad area, triggering stray violence and affecting normal life in parts of the state.

Protesters have called a Delhi bandh on August 21.

The Delhi Development Authority (DDA), an agency of the Union government, had on Saturday demolished the 60-year-old structure and removed the statue of Ravidass, the 14th century-born proponent of social justice, angering his followers, mostly Hindus and Sikhs from underprivileged social backgrounds.

The DDA has issued a clarification saying it was only following orders from the Supreme Court.

“The hon’ble Supreme Court ordered (on Friday) that the premises be vacated tomorrow (Saturday) and the structure be removed by DDA with the help of Police…. The standing permanent structure was dismantled peacefully without any resistance or use of force, in the presence of Samiti members. It is also clarified that the suit was filed by Guru Ravi Das Jayanti Samaroh Samiti and not by the DDA,” the agency said.

The demolition followed an interim order from the court.

Union housing and urban affairs minister Hardeep Singh Puri said the Centre was determined to find a solution and possibly identify an alternative site to “relocate” the temple.

Court documents suggest that Jagjivan Ram, who was the railway minister then, had inaugurated the temple in 1959, and the land was under the possession of the Samiti, which managed the shrine.

Puri also met Delhi lieutenant governor Anil Baijal. “We, along with Vice Chairman of DDA, are determined to find a solution and possibly identify an alternative site where the temple can be relocated,” the minister tweeted.

“We have also suggested to the affected parties to appeal to Hon’ble Court to issue necessary directions in this regard.”

The All India Ambedkar Mahasabha (AIAM), Ravidasia Diaspora Community, Bhim Army and the Akhil Bhartiya Ravidasia Dharm Sangathan have started an agitation against the demolition.

Rajkumar, an Ambedkarite scholar who teaches political science in Dyal Singh College under Delhi University, quoted from writings to say that Ravidass had visited Delhi and met Emperor Sikandar Lodi in 1509. The emperor, he said, had offered the reformer the plot as a token of respect. Ravidass’s followers later constructed a temple on the land.

Ram Dayal Ahirwar, a researcher on the thoughts of Ravidass, said the DDA had in 1963 taken over the area near the temple but did not touch the shrine premises. Later, in the eighties, it asked for the shrine land too for development, which the Ravidass Jayanti Samaroh Samiti had challenged.

“There are hundreds of temples set up on land given by the DDA to upper-caste people,” AIAM chairman Ashok Bharati said.

“Many structures have come up on roadsides, insides public parks and in ridge areas without permission from any authorities. The government never touched them. Here the structure was demolished because it was the god of

Ravidass, born into an underprivileged family near Varanasi, had challenged caste hierarchy in his teachings.

Ahirwar said Ravidass stood for an equal social order. “He wanted to create Begampura as a just society,” Ahirwar said, referring to Ravidass’s poem where the mystic-saint of the Bhakti movement had outlined his vision of a utopia.

In Punjab, protesters blocked roads at a few places, including the Jalandhar-Delhi national highway, officials said.

The bandh call evoked good response in places like Jalandhar, Hoshiarpur, Phagwara and Kapurthala, where shops remained shut and educational institutions were ordered closed as a precautionary measure. The strike also had impact in places like Amritsar, Ludhiana, Bathinda and Gurdaspur.