Around 65,000 donors including celebrities Virat Kohli, Anushka Sharma and Ajay Devgan come forward for the cause 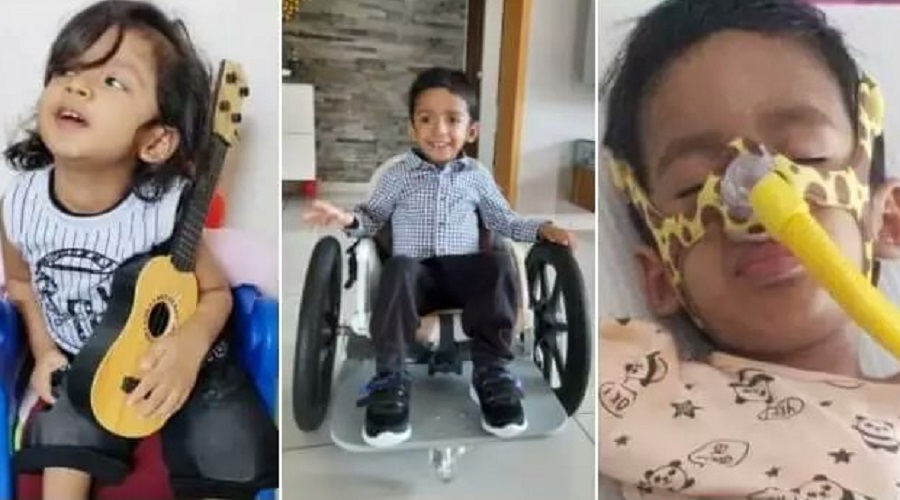 The generosity of nearly 65,000 people has helped get the life-saving gene therapy treatment for a three-year-old boy from the city, who has been diagnosed with a rare and life threatening genetic disease.

Zolgensma, labelled as the "world's most expensive drug," was imported from the US with the donations and administered to little Ayaansh Gupta on Wednesday, at a private hospital in the city.

The treatment has given a new lease of life to the child, who was diagnosed with spinal muscular atrophy (SMA) when he was one year old.

"This is an extremely rare condition which causes muscle weakness.. the child will be unable to move his hands or legs, sit, stand or even walk. In fact, eating food is also difficult," said the boy's father Yogesh Gupta, working in a private firm here.

"The condition is also life threatening and the doctors said that my child's life expectancy was three to four years," he told news agency PTI.

It was therefore important to treat the child right on time.

At first, it seemed impossible for the boy's parents to raise Rs 16 crore for one dose. But then the couple decided to do it through appeals on social media.

In February this year, they started a crowdfunding campaign to save their son's life and family friends also extended their support.

In three months, they managed to raise enough money to pay for the treatment.

Many celebrities, including Virat Kohli, Anushka Sharma, Anil Kapoor, Ajay Devgan and several from the TV industry came forward to help the couple.

A family friend reached out to an MP, who raised the issue of cost of the medicine in Parliament following which the central government gave tax exemption to the tune of Rs six crore.

With the medicine being administered, Gupta expressed hope that his kid's condition would improve in the coming months.

The child was discharged from hospital and follow-up treatment would continue, he said.

The boy's father thanked all the 65,000 donors who helped them mobilise funds for the expensive treatment.