A delay of 57 days would mean variants get eight weeks to circulate unnoticed, says IBAB scientist 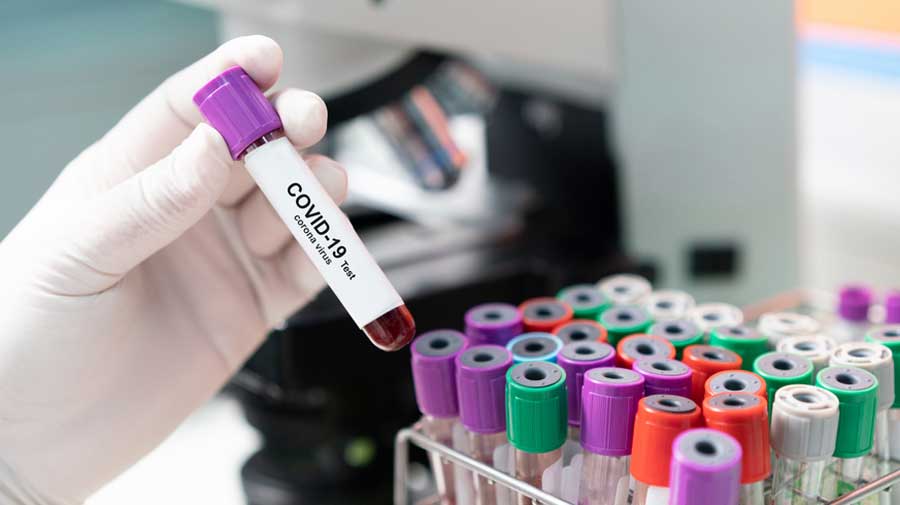 India has furnished coronavirus genomes from 0.05 per cent of its Covid-19 patients, a tiny fraction of its own target, scientists have said amid concerns that the signals from even the limited sequencing efforts have not triggered timely interventions to save lives.

A study on global sequencing efforts released on Thursday said India had until June 2 documented over 28.3 million lab-confirmed Covid-19 infections but deposited 15,614 sequences in an international online sequence repository available for scientific analysis.

The Indian National SARS-CoV-2 Genomics Consortium (Insacog), launched in January 2021, has sequenced over 30,000 samples but scientists say this is below 4 per cent of the original target of sequencing 5 per cent of all the about 17 million positive cases detected since mid-January.

The consortium of 10 government labs across the country with the National Centre for Disease Control (NCDC), Delhi, as the nodal lab is tasked with looking for coronavirus variants that might be associated with unusual outbreaks, higher transmission or altered disease patterns.

Some medical researchers have said they are worried about both the low quantum of sequencing in the country and the significant lags between sample collection and sequence submission into the database for pattern detection and actionable alerts to governments.

The sequencing study by scientists at the Institute of Bioinformatics and Biotechnology (IBAB), Bangalore, has found that India’s median, or midpoint, collection-to-submission time (CTS) lag was 57 days for the 15,614 sequences submitted. The UK has had the shortest lag of 16 days for over 417,000 genomes while the US lag was 26 days for over 498,000 genomes.

“We know this virus is evolving rapidly — countries should aim to track variants as early as possible,” said Gaurav Sharma, the IBAB scientist who led the study, not yet peer-reviewed but posted on bioRxiv, an online preprint server.

“A lag of 57 days would mean variants get eight weeks to circulate unnoticed,” he said.

Sharma and his colleagues Gayatri Saberwal and Kishan Kalia have called for urgent steps to address “bottlenecks” that contribute to long lags between collections and submissions.

While logistical challenges may delay sequencing, they said, it is possible that even after rapid sequencing, genomes might not be promptly uploaded for various reasons, expressing concern that in some countries bureaucratic processes might delay submissions.

In countries with long lags, the variants may get enough time to establish themselves over a region or even evolve into completely new variants if quick tracking, tracing and actions to stop transmission are not undertaken rapidly, the scientists have cautioned.

“But even when signals emerged about possibly worrisome variants, from Maharashtra in mid-February and from Punjab by mid-March, we didn’t see the rapid actions that could have curbed further spread and perhaps save lives,” a senior consortium scientist told The Telegraph.

A Pune lab had by mid-February spotted what would later be designated the B.1.617 variant in samples from unusually large outbreaks in central Maharashtra. Two senior consortium scientists have told this newspaper that follow-up action on the variant was slower than it should have been.

By March 23, sequencing efforts at the NCDC had indicated that 80 per cent of samples from Punjab were B.1.117, the fast-spreading variant first detected in the UK. “That was adequate evidence to justify strong and immediate interventions,” one of the two scientists said.

A query sent by this newspaper to the NCDC asking whether the detection of the B.1.117 in the Punjab samples should have triggered interventions or public alerts calling for extra precautions did not evoke a response.

But while the counts of daily new infections grew in Maharashtra, Delhi and Punjab, along with other states, in March, the scientist said, there were no special public alerts about extra precautions that were needed to curb the spread of the B.1.117 or the B.1.617.

“The consortium started with strong ambitions but they’ve been watered down,” another scientist said. “Instead of sequencing 5 per cent genomes from positive samples, the health ministry has asked states to send 300 samples per month. Is that enough to detect early signals? I’m not sure.”

Amid such concerns, Kerala and Maharashtra have launched their own sequencing efforts.

Health authorities in both states are collaborating with the Institute of Genomics and Integrative Biology, New Delhi, to sequence 100 genomes from every district each month — 1,400 genomes from Kerala’s 14 districts and 3,600 genomes from Maharashtra’s 36.

Kerala has already used genome information for policies, said a senior doctor involved in the state’s programme. “The emergence of the highly transmissible B.1.117 variant in the state was one of the reasons the state called on people to wear double masks,” the doctor said.