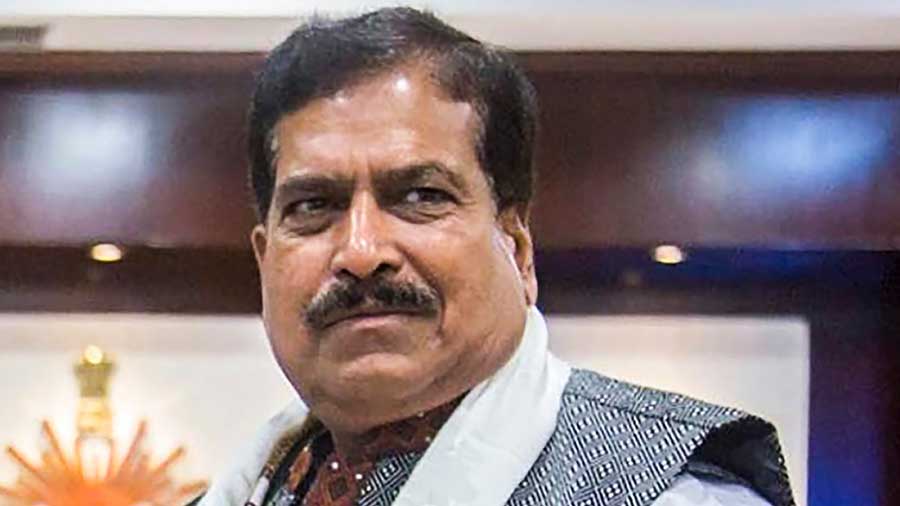 The minister of state for railways, Karnataka BJP MP Suresh Angadi, passed away on Wednesday, days after he tested positive for Covid-19.

The 65-year-old passed away around 8pm at the AIIMS trauma centre which has been converted into a dedicated Covid-19 facility, sources at the hospital said.

A fourth-term MP from Belagavi, Angadi is the first Union minister to have died of coronavirus. At least six MLAs and three MPs have earlier succumbed to it. Former President Pranab Mukherjee, who died on August 31, was also diagnosed as Covid-19 positive.

Angadi had on September 11 announced on Twitter that he had contracted the disease.

The MP from Belagavi had requested all those who came in close contact with him over the past few days to monitor their health and get tested in case of any symptoms.

Shri Suresh Angadi was an exceptional Karyakarta, who worked hard to make the Party strong in Karnataka. He was a dedicated MP and effective Minister, admired across the spectrum. His demise is saddening. My thoughts are with his family and friends in this sad hour. Om Shanti. pic.twitter.com/2QDHQe0Pmj

Extremely saddened by the passing away of Central Minister Shri Suresh Angadi Ji. He was a remarkable leader who dedicated all his life for organisation and went on to serve society with utmost diligence and compassion.
My thoughts and Prayers are with his family and followers.

Railway Minister Piyush Goyal said on the microblogging site: “Deeply anguished at the unfortunate demise of Suresh Angadi ji. He was like my brother. Words fall short to describe his commitment & dedication towards the people. My thoughts and prayers are with his family and friends in this hour of need. Om Shanti.”

Former Prime Minister and JDS chief H.D. Deve Gowda expressed his sadness over the demise and tweeted that Angadi was like a younger brother.

I am shocked and deeply saddened by the demise of Union Minister of State for Railways and four-term MP from Belagavi Shri. Suresh Angadi @SureshAngadi_ .
He was like a younger brother to me. I feel terrible losing him. This is an unbearable loss to our nation.
1/2

It is an unfathomable loss to the Government, people of Karnataka & the Party.

His selfless service during COVID19 is still vivid before our eyes.

My condolences to his family.
Om Shanti