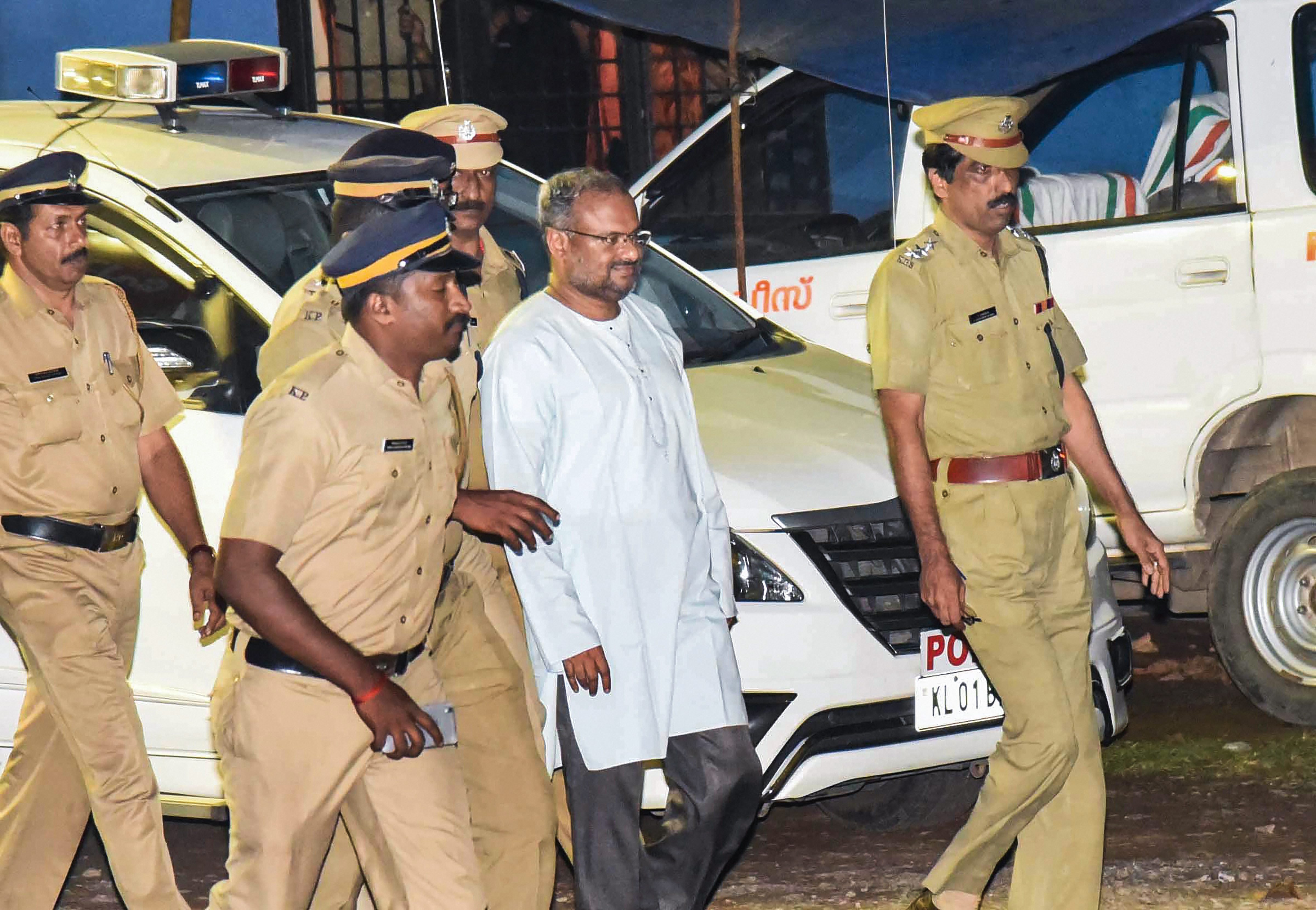 A court in Pala on Saturday rejected a bail application filed by Bishop Franco Mulakkal, arrested over allegations of repeatedly raping and sexually assaulting a nun, and sent him to two day’s police custody.

The bishop was brought to the magistrate court around 1.15 pm amid tight security. His lawyers moved the application, submitting that Mulakkal was arrested after a three-day-long interrogation by the probe team.

Opposing the plea, the police said his three-day custody was required to complete the investigation in the case.

Recording the submissions, the magistrate granted two days’ custody of the bishop to the police, until 2.30 pm on Monday.

Earlier, Mulakkal was discharged from the Government Medical College Hospital in Kottayam, where he was admitted on Friday night following complaints of chest pain.

The 54-year-old bishop had complained of pain in his chest while being taken to Kottayam police club from the crime branch office at Thrippunithura in Ernakulam district on Friday night.

He was under observation in the cardiology section of the hospital for over six hours after his blood pressure shot up, official sources said.

Police took him to the court in Pala from the police club.

In her complaint to the Kottayam police in June, the nun had alleged that Bishop Mulakkal raped her at a guest house in Kuravilangad in May 2014 and later sexually exploited her on several occasions.

The nun said she had to approach the police as the church authorities did not act on her repeated complaints against the bishop.

However, Mulakkal has denied the charges.