Couple get married in Odisha by taking oath on Constitution

The newly weds also donated blood at a donation camp held near their reception in Berhampur town on Sunday. They pledged to donate their body organs too 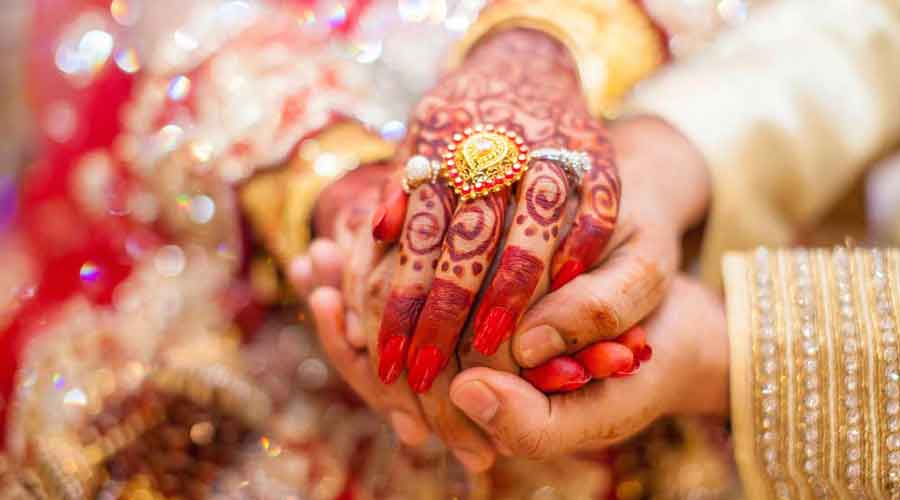 A couple in Odisha’s Ganjam district has tied the knot by taking their marriage vows on the Constitution instead of following the traditional Hindu rituals.

The newly weds, Bijya Kumar, 29, and Shruti, 27, also donated blood at a donation camp held near their reception in Berhampur town on Sunday.

They pledged to donate their body organs too.

Several of their guests too donated blood and signed forms pledging to donate their organs on the couple’s appeal.

“In 2019 this kind of wedding was organised for my elder son after convincing the parents of his bride,” said D. Mohan Rao, the groom’s father.

Rao had convinced Shruti’s parents, who are from Uttar Pradesh, to solemnise the marriage in the name of the Constitution, to which they agreed.

Rao, a retired government employee, said the Constitution is a holy book for every Indian and it is essential that people should be aware of the ideals enshrined in it.

“We hope that our wedding will set an ideal before others and inspire them to follow it in the future,” said Shruti, after taking the oath for marriage and exchanging garlands.

The Ganjam secretary of Humanists Rationalist Organisation, a civil society body, K.N. Senapati said at least four such weddings have been solemnised in Berhampore in the past three years.

“We hope that more youths will come forward for this type of wedding in future,” he added.