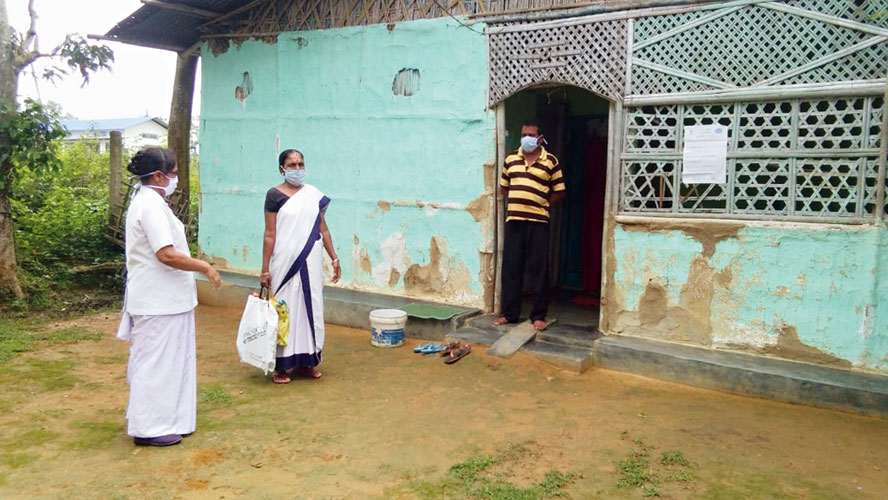 A man has set an example for ideal home quarantine in Upper Assam’s Golaghat district at a time when the state government has expressed dissatisfaction over non-adherence of directives at a section of mass quarantine centres.

Apul Das, 40, returned from Hyderabad on a Shramik Special train on May 21, and was quarantined at Mahabandha in Jorhat. He was sent to quarantine at his residence at Negheriting Gaon three days later.

After getting information, a medical team visited his home to give instructions on protocols of home quarantine. However, to their surprise, they found that Das had planned for his quarantine before reaching home. He informed his family members beforehand and told them to make a special arrangement so he would not come in contact with them. He even made a separate entry and exit point at his home and uses disposable dishes and glasses, among others, and does all activities himself.

A happy Asha worker, Sukhabala Das, said, “He obeys all the rules and regulations of home quarantine.”

Auxiliary nurse midwife (ANM) Madhurima Kalita said though some incidents of breaking quarantine norms were reported in other places, they did not have a problem with Das. “Though at the outset other residents believed he was a threat, they are now satisfied by the precautionary measures he is taking,” she added.

She also said if everybody obeyed the rules and regulations, then the fight against Covid-19 could be easily won.

Village headman Samiran Das, who has been key to creating awareness, expressed his satisfaction. Asha supervisor Anjana Hazarika also expressed satisfaction over the cooperation extended by Das during the crisis period.

Das’s wife Maniki has arranged to follow all possible quarantine norms at home.