AAP and BJP showdown in Rajya Sabha over Covid management 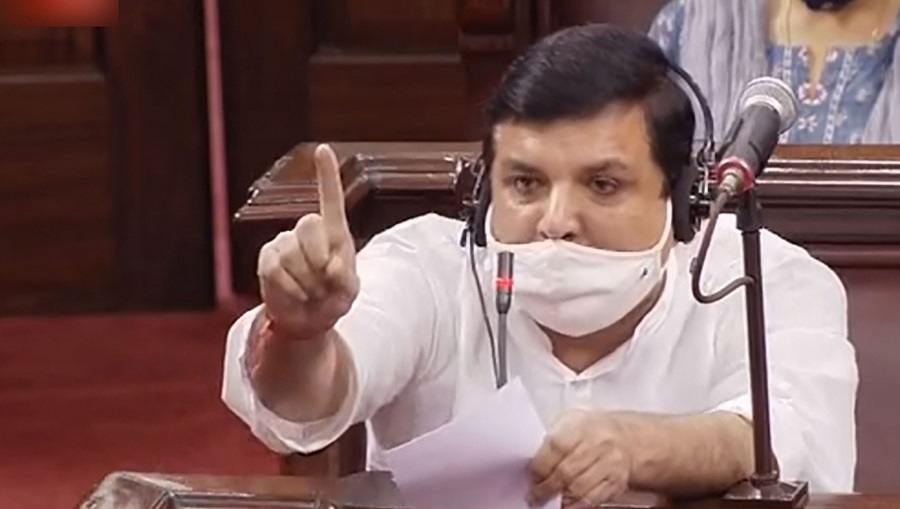 The Aam Aadmi Party and the BJP clashed over the issue of Covid-19 management in Rajya Sabha on Thursday, with AAP MP Sanjay Singh terming the prime minister's call to clap and beat utensils in honour of coronavirus warriors "foolish".

BJP's Sudhanshu Trivedi hit back, saying the PM's move was symbolic and sought to unite the country socially just like Mahatma Gandhi chose the symbol of 'charkha' for national cohesion during the freedom struggle.

Prime Minister Narendra Modi had asked people to clap, beat steel plates and ring bells to express gratitude towards those risking their lives and working tirelessly during the coronavirus outbreak in March .

Sanjay Singh, while participating in the debate on Covid-19, further used the occasion to accuse the government of looking for opportunity in times of disaster and alleged corruption in the procurement of equipment to fight the disease including thermometers and oxymetres.

"I want to ask this government, tell me any one research in the world that shows Covid can be prevented by clamping utensils and by clapping.

"The entire opposition will not go home, but will clap with the prime minister and light 'diyas' in Parliament premises.

"You bring such absurd and foolish schemes and expect the entire country to be fooled by you," Singh said.

Countering him, Trivedi said,"Burning diyas and beating utensils and clapping were symbolic in the fight against coronavirus.

"Would the British have run away by the use of the 'charkha' (spinning wheel)? The 'charkha' was a symbolism Mahatma Gandhi chose in his bid to unite the country against the British. The same way, PM Modi made the 'diyas' and beating utensils symbolic in bringing together all Indians in the fight against Covid," Trivedi said.

The BJP member, without naming Rahul Gandhi, also took a swipe at the former Congress president for his vision of giving an early warning about Covid-19 and said he was himself not in the country when the Congress was seeking a ban on international flights.

He also countered the opposition charge that the lockdown was not imposed early as the BJP wanted to topple the Madhya Pradesh government of the Congress, saying at that time there were only 29 coronavirus cases in the country and not a single case was reported in Madhya Pradesh at that time.