It has found a 98% effectiveness against death after two doses, underlining how data denial by the Centre can handicap even govt research efforts 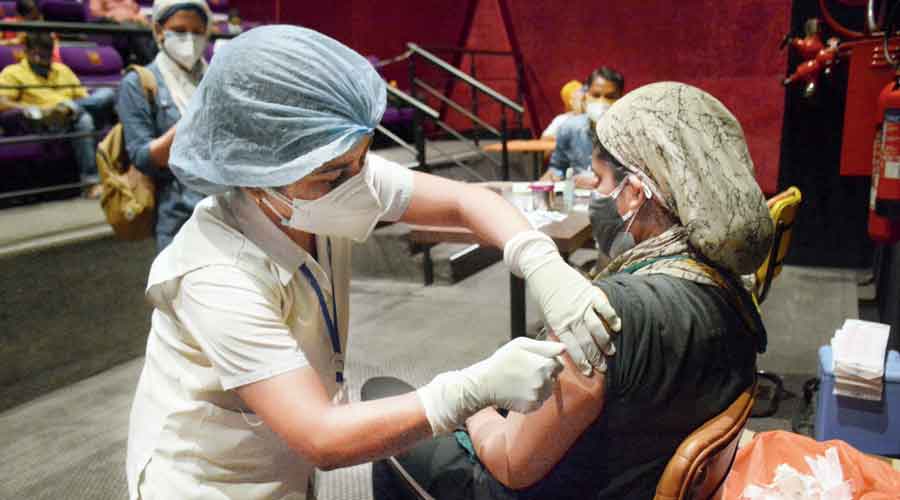 A study by doctors at the Christian Medical College, Vellore, last month had observed a 92 per cent protective effect against the need for oxygen after two doses and 94 per cent against the need for intensive care unit support after a single dose
File picture
G.S. Mudur   |   New Delhi   |   Published 03.07.21, 01:45 AM

A study on Punjab police personnel has illustrated what health researchers say is the dramatic protective effect of Covid-19 vaccines, but has also underlined how data denial by the Centre can handicap even government research efforts.

The study by officials with the state health systems resource centre, a division linked to the Union health ministry’s National Health Mission, has found a 98 per cent protective effect against death after two doses of the vaccines.

“The math tells us 92 per cent protection after a single dose and 98 per cent protection from death after two doses,” said Vinod Paul, a senior paediatrician and chair of a national expert panel guiding the Centre on the Covid-19 vaccination policy.

“We see a huge benefit from the vaccination,” said Rajesh Kumar, a community medicine specialist and executive director at the Punjab state health systems resource centre. “Punjab police have maintained records that helped us do this analysis quickly.”

“It is a crude analysis, but it is showing the impact of the vaccines,” Kumar said.

State officials said a more rigorous analysis to assess the effectiveness of the two vaccines — Covishield and Covaxin — and to determine how effectiveness changes with the timing of the first and second doses would require data that the state could not access.

“We had asked the health ministry for access to CoWIN data and wrote to the Indian Council of Medical Research for access to testing data — but we haven’t got the data yet,” a senior state official told The Telegraph requesting anonymity.

“The testing data is entirely generated by the state itself,” the official said. “But it goes into the ICMR server and gets locked there. Why is it not even available to state health departments?”

Covid: How 1 lakh lives ‘could have been saved’