Many of these people had shown symptoms of the novel coronavirus infection, but only three of them had tested positive at Bopara village in Haryana 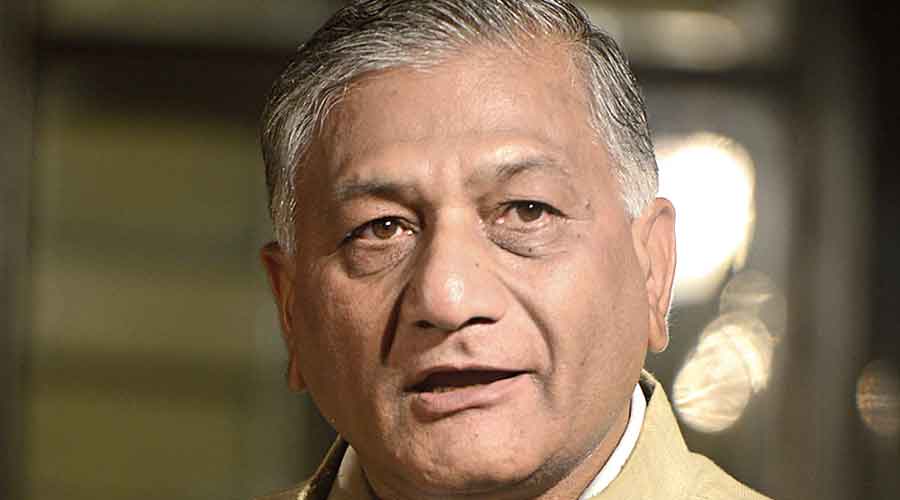 As many as 30 people have died at Union minister V.K. Singh’s ancestral village Bopara in Haryana in the past two weeks, the sarpanch said on Sunday as the unusually high number of deaths raised concern that Covid-19 could be the cause.

Bopara village head Naresh said many of these people had shown symptoms of the novel coronavirus infection, but only three of them had tested positive.

“Over 30 people have died in the village over the past two weeks. Many of them were aged. Among those who died, only three were confirmed Covid-19-positive cases,” he said.

Bhiwani deputy commissioner Jaibir Singh Arya told PTI over phone that all residents of the village had been screened for the disease.

The officer, who toured the village on Sunday, also said that an ambulance had been stationed there.

“We have set up an isolation centre in the village and also stationed an ambulance for emergency use. Vaccination centres have been set up here,” he said. “The entire village has been sanitised.”

Sarpanch Naresh said Bopara village had a population of over 20,000.

Commenting on the deaths, he said: “They had symptoms like fever and cough, but did not get tested. So, the real cause behind their deaths remains unknown.”

He said many villagers were reluctant to undergo Covid-19 tests. The village head, however, said health department officials had stepped up testing and screening in the village to check the spread of the infection.

“Random tests of over 150 people were conducted during the past couple of days and only one was found positive,” he said.

Naresh said the state government had also been holding vaccination camps and one such camp recently saw good response from the villagers.

Bopara, the sarpanch said, is also known as the “village of faujis (soldiers)” and happens to be the native village of Union minister Singh, a retired general.

Bopara is not the only village to have reported such an unusually high number of deaths due to suspected Covid-19.

Last month, 21 people had died in Rohtak’s Titoli village, but officials said only four of them were confirmed to have died of the infection.

There had also been reports of nearly 40 deaths in Mundhal Khurd and Mundhal Kalan villages in Bhiwani in recent weeks.

Reacting to such developments, the Opposition had demanded that Covid-19 testing in rural areas be stepped up.

Former Haryana chief minister Bhupinder Singh Hooda had sought the formation of a task force to deal with Covid-19 in rural areas.