Fare closed after many trains bolted 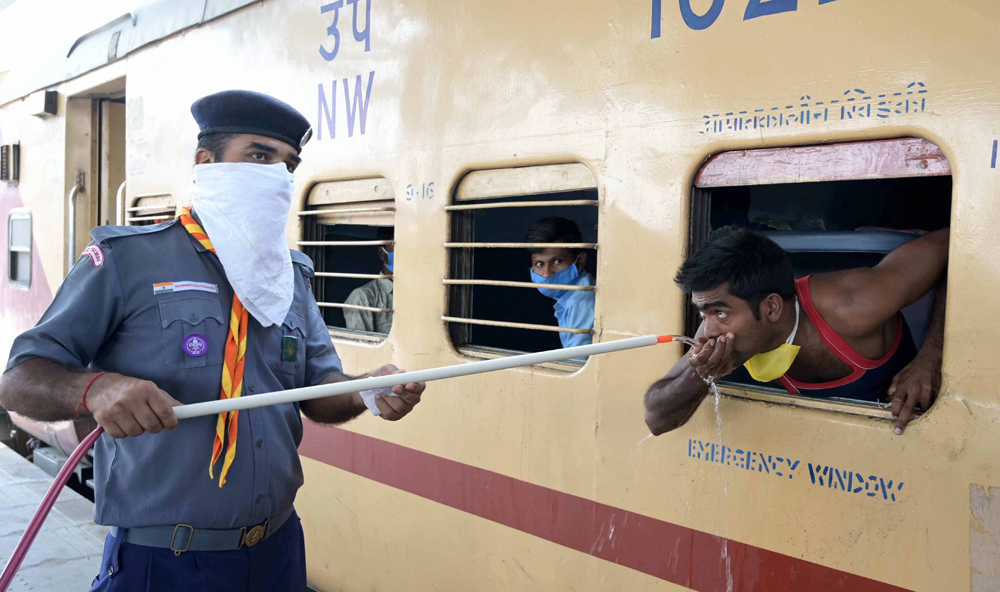 Governments are not to collect any train or bus fares from migrant labourers returning home during the lockdown, the Supreme Court said on Thursday.

The special trains for migrants had started running from early May.

The bench of Justices Ashok Bhushan, Sanjay Kishan Kaul and M.R. Shah passed several directions to the Centre and the states after taking suo motu cognisance of news reports about migrants walking, cycling and hitchhiking hundreds of miles home.

Many individuals and organisations filed petitions during the proceedings on behalf of the migrants. Solicitor-general Tushar Mehta, appearing for the Centre, seemed to describe some of the petitioners as “armchair intellectuals” and “prophets of doom”.

“There are prophets of doom who keep spreading misinformation, not showing any courtesy to the nation,” Mehta remarked during the nearly two-hour proceedings.

Dictating the order in open court, the bench said: “At present, looking at the miseries of the migrant workers, we are of the view that some interim directions need to be issued.”

A gist of the order:

“There are several lapses that we have noticed in the process of registration, transportation and providing food and water to the migrants,” the court said. “It is seen that even after registration the migrants have to wait for a long time for their turn... to board the train or bus. A large number of migrants (are) still proceeding (on) foot though the solicitor-general says there are instructions to state governments to facilitate a bus or vehicle if any migrants are seen walking.”

By June 5, all the states and Union Territories are expected to file status reports.

He said not all migrant workers wanted to return home; some were willing to work at a different place.

Lucknow: The campaign to bring back stranded migrant workers will end in two to three days as most people have returned to Uttar Pradesh with very few left outside the state, an official said on Thursday.

The official said other states have informed them that they have no or very few people left who needed to be sent back. “The entire campaign of bringing back migrants through trains and buses will end in next two to three days,” additional chief secretary (home and information) Awanish Kumar Awasthi told reporters here.
PTI