Quarantine? Not for minister 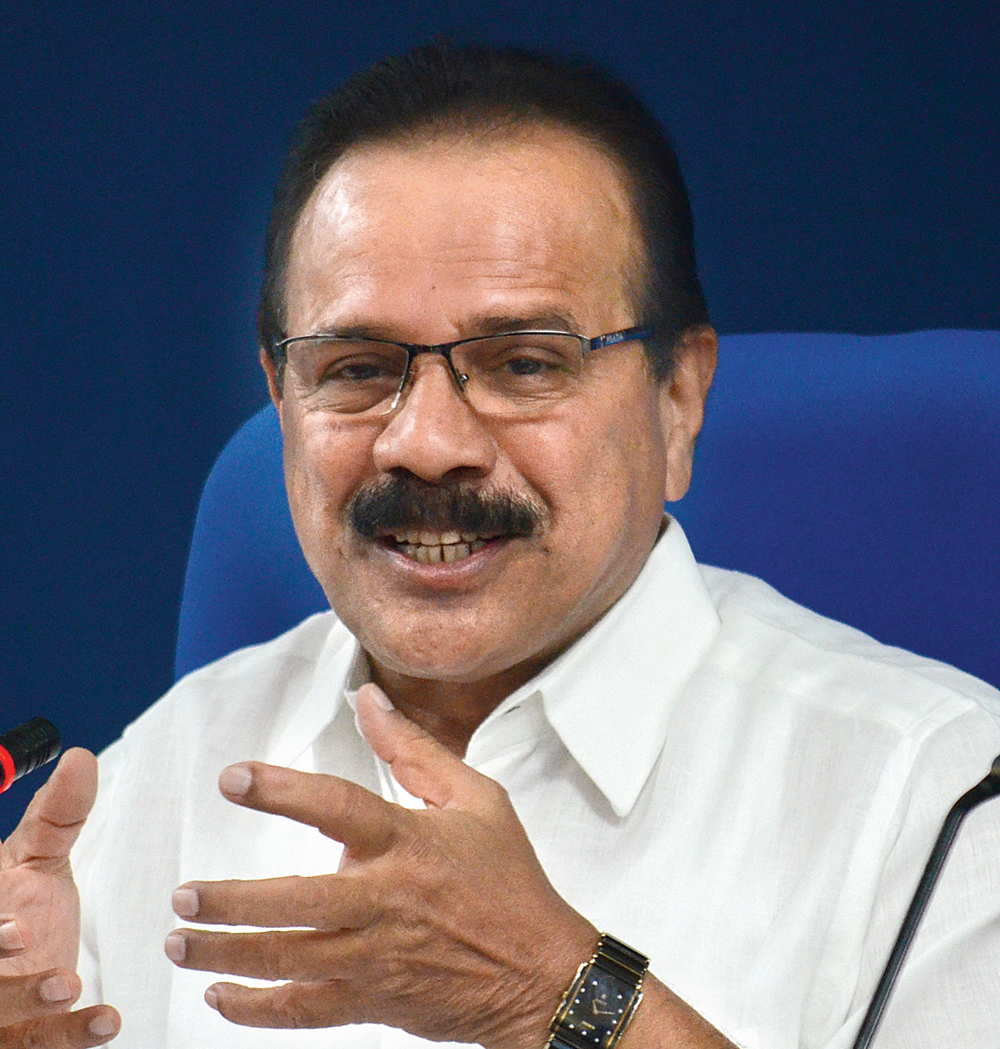 Union minister D.V. Sadananda Gowda arrived in Bangalore on a flight from Delhi on Monday morning, and walked out of the airport in violation of the quarantine rules announced by the state on Saturday.

“They can’t equate me with other people,” Gowda told the news agency ANI.

In the evening, in an attempt at damage control, Karnataka’s BJP government changed its rules to exempt Union and state ministers travelling on official duty from quarantine.

The quarantine rules issued by the state government on Saturday had said everyone arriving in Karnataka by any mode of transport from Delhi, Maharashtra, Gujarat, Tamil Nadu, Rajasthan and Madhya Pradesh must go for 7-day institutional quarantine, followed by 7-day home quarantine.

Exemption was allowed for business passengers if they had a two-day-old test report from an ICMR-recognised laboratory showing them as Covid-negative.

Pregnant women, children below 10 and critically ill patients were exempt from institutional quarantine but would have to undergo 14-day home quarantine.

The minister, who did not meet either exemption criteria, agreed the rules were applicable to everyone. “But there are certain persons who are exempted from quarantine when they hold certain responsible posts,” Gowda asserted.

The minister for chemicals and fertilisers said he was in the city to attend a meeting with chief minister B.S. Yediyurappa and others to take stock of supplies of essential medicines.

“I am a minister who heads the pharma ministry and I should see that there is sufficient supply of medicines in each and every corner of the country,” Gowda said.

“If supply of medicines is not properly done, what can doctors do for the patients?” he asked, justifying his decision not to dodge quarantine.

Congress spokesman V.S. Ugrappa told The Telegraph: “He himself said he would attend a meeting with the chief minister, deputy chief ministers and others. That way he is risking all of them.

“What kind of an example is he setting for the people to follow? His gross violation of the guidelines of his own government shows the hypocrisy of the BJP government.”