Migrant workers, left jobless by the lockdown, have died of exhaustion while walking home in the energy-sapping heat 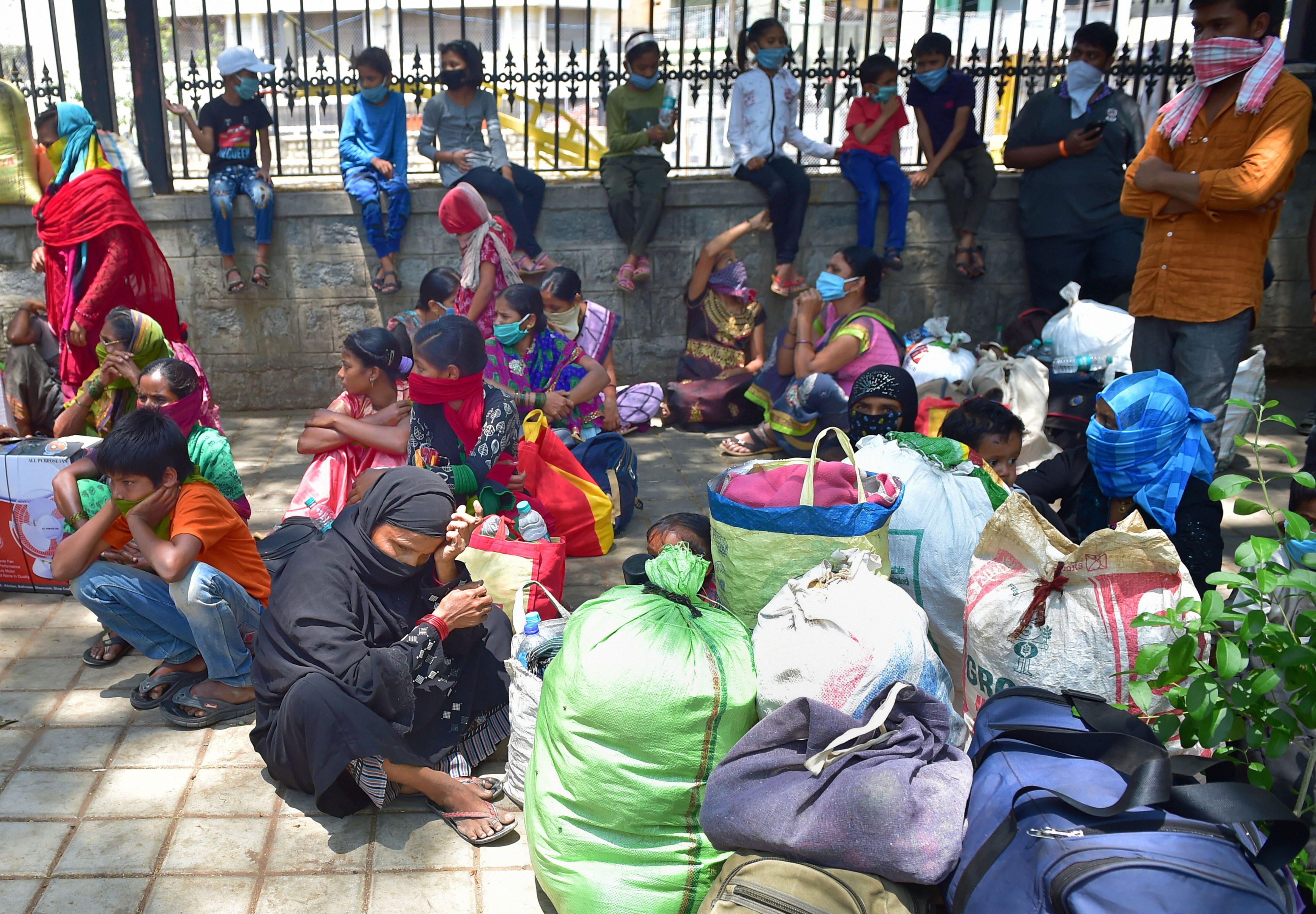 A migrant worker who had walked more than 100km from Bangalore to his village in Andhra Pradesh dropped dead of exhaustion just yards from his home on Wednesday night.

Hari Prasad, 26, who did odd jobs in Bangalore, had patiently waited for weeks through the lockdown before giving up hope of the government allowing inter-state travel and set off for home on foot.

Just hours after he collapsed and died at the entrance to Mittapalle village, Chitoor district, the Karnataka government green-lighted inter-state travel for migrants on Thursday afternoon. It wasn’t clear exactly when Prasad had set off on his journey.

When villagers saw him slump to the ground, they informed his family but stayed away from the body fearing he may have died of Covid-19.

The body lay on the road for some time before the police arrived and took it to a government hospital.

Local people refused to allow Prasad’s family to cremate him in the village. The police then got health officials to collect swabs from the body.

Only after the tests came out negative on Thursday morning did the villagers relent.

“Such incidents could have been averted had the governments taken the initiative to transport migrant workers back to their villages before the lockdown,” he said.

Many migrant workers, left jobless by the lockdown, have died of exhaustion while walking home in the energy-sapping heat, mostly before reaching their destination.

One of the youngest was a 12-year-old child labourer who collapsed while walking from Telangana to her home in Chhattisgarh. Jamalo Makdam died on April 18 after having walked about 100km.

Three members of a family of daily-wage labourers who were walking home to Uttar Pradesh from Delhi amid the lockdown were killed in an accident The three had covered 130km and reached Aligarh in three days when the driver of a wheat-laden tractor on GT Road agreed to give them a lift, police said. As they were boarding the tractor, a truck came up from behind and rammed into the vehicle around 2am on Friday. Ranjit Singh, 44, and his cousin Dinesh, 37, died on the spot, while Dinesh’s wife Santkumari, 32, was declared dead on arrival at a hospital. PTI