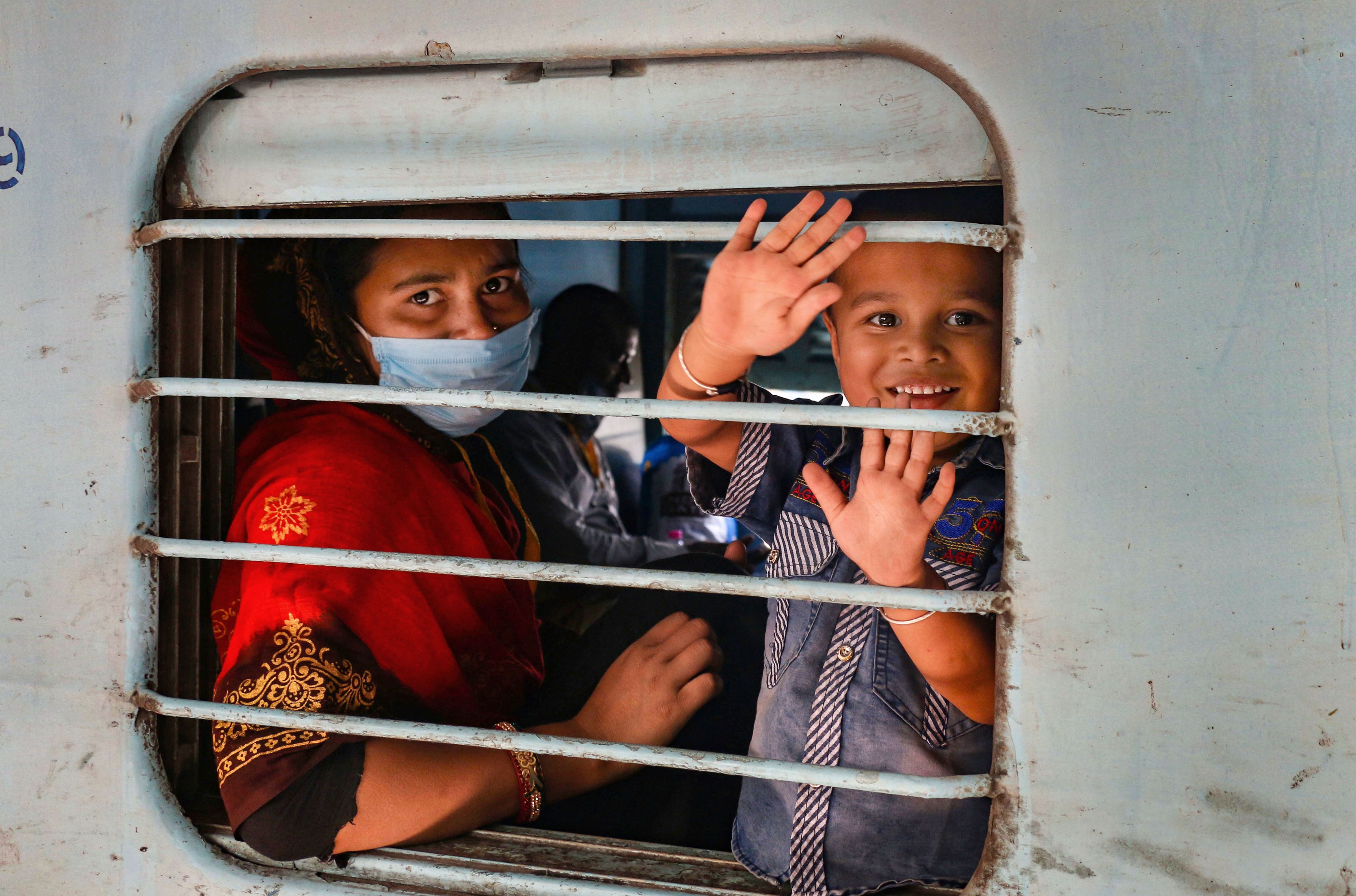 A 13th-century Sufi shrine in Rajasthan is spending lakhs of rupees to send back home by train and bus the several thousand pilgrims and migrant workers stranded in Ajmer.

The gesture by the famed Ajmer Sharif Dargah, where Sufi saint Khwaja Moinuddin Chishti lies enshrined, has benefited nearly 1,200 people from Bengal who had got stuck in Ajmer since the nationwide lockdown began on March 25. Most of them are pilgrims except for about 150 migrant workers who were employed in the Rajasthan town.

The move comes at a time when social media is abuzz with criticism that religious institutions are sitting on piles of cash donated by devotees but are not coming forward to help the pandemic-and-lockdown-hit poor.

A train carrying the stranded people from Bengal left Ajmer for Dankuni railway station, 13km from Howrah station, at 11.25am on Monday.

It would not have plied had the dargah committee not loosened its purse strings to persuade the railway ministry, in consultation with the Rajasthan and Bengal governments and the Ajmer administration.

“The governments gave us permission and the railways provided us with the train. We issued a draft of Rs 8.28 lakh for tickets and food for the nearly 1,200 passengers,” dargah committee chairman Amin Pathan said.

BJP spokespersons and unnamed government “sources” on Monday said the entire bill for the trains currently ferrying returning migrants was being footed by the central and state governments.

However, the negotiations for the Ajmer-Dankuni train began over a week ago, before the Centre had decided to allow the return of migrants or to run trains for them.

“We have also paid the railways to serve the passengers food and water during the train’s technical stop at Mughal Sarai. The passengers are to be served vegetable biryani, water and fruit juices,” Pathan said.

He said the dargah committee had also paid for the sanitisers and masks to be provided to the passengers.

Pathan said the stranded pilgrims and workers from states other than Bengal would be sent home in buses and the entire exercise would cost the committee Rs 50 lakh.

“The largest contingent of pilgrims was from Bengal; so we needed a train to send them home,” Pathan said. “We have hired buses for those from other states, such as Gujarat and Andhra Pradesh.”

The buses and the train are not the only expenditure the dargah committee has incurred for the stranded pilgrims: it has been taking care of their food and accommodation since the lockdown began six weeks ago.

Sunil Shaw, a trader from Kakinara in North 24-Parganas, had left on the pilgrimage to Ajmer Sharif on March 17, accompanied by friends Upendra Kumar Shaw, Manoj Kumar Shaw and Sanjay Kumar Shaw.

The lockdown derailed their plans to take the train back home on March 25.

“Many people would have starved to death had the dargah authorities not stepped in. We are grateful to them,” an emotional Sunil said over the phone.

Pathan thanked the railways, the state governments of Rajasthan and Bengal and the Ajmer administration.

He added: “Although the main (funds) contribution has come from the dargah committee, a few others like the khadims (servants of God) also chipped in (with personal donations).”

Among the passengers was Azimul Haque, a migrant labourer from Harischandrapur, Malda, who worked at a hotel near the shrine.

“I was part of a group of 15 that had left Malda to work in Ajmer just a month before the lockdown. We ran out of money a few days ago,” he said.

“Had the dargah committee not come forward to help, we wouldn’t have survived. We had lost hope of returning home.”

Pathan said the dargah authorities had campaigned in the neighbourhood of the shrine, asking those willing to return home to fill in a form and enrol for the trip.

Sabana Parvin, 30, a resident of Garden Reach in Calcutta who packages garments for a living, had gone on the pilgrimage to Ajmer Sharif with her mother and 18 others.

“We had no money to buy train tickets for the return journey. The dargah committee asked us not to worry. We are happy to be able to return after more than a month,” she said.

The Ajmer administration took care to ensure the Covid-19 guidelines were followed before sending the passengers back home.

“Each person has gone through medical screening. We followed every (Covid-19) protocol before the passengers boarded the train,” said Sreya Guha, the Rajasthan official who coordinated with her Bengal counterparts to facilitate the trip.

Guha, the principal secretary (tourism) and the Rajasthan government’s nodal officer for Bengal, said the railways had charged a flat rate of Rs 650 for each passenger.

She said that Rajasthan had on Monday received 1,000 of its residents who had returned on buses that had travelled to Bengal last week to drop students stuck in Kota.

“The Bengal government helped us mop up people from Rajasthan stranded across the state,” she said.

Sources said the Ajmer train would end its 1,620km journey on Tuesday and the Bengal government would ferry the passengers from Dankuni to their respective destinations in buses.

“All those coming from other states will be screened and quarantined in their respective districts,” said Moumita Godara Basu, Birbhum district magistrate. Many people from Birbhum are on the train from Ajmer.