Cops in mufti at NCP hotel 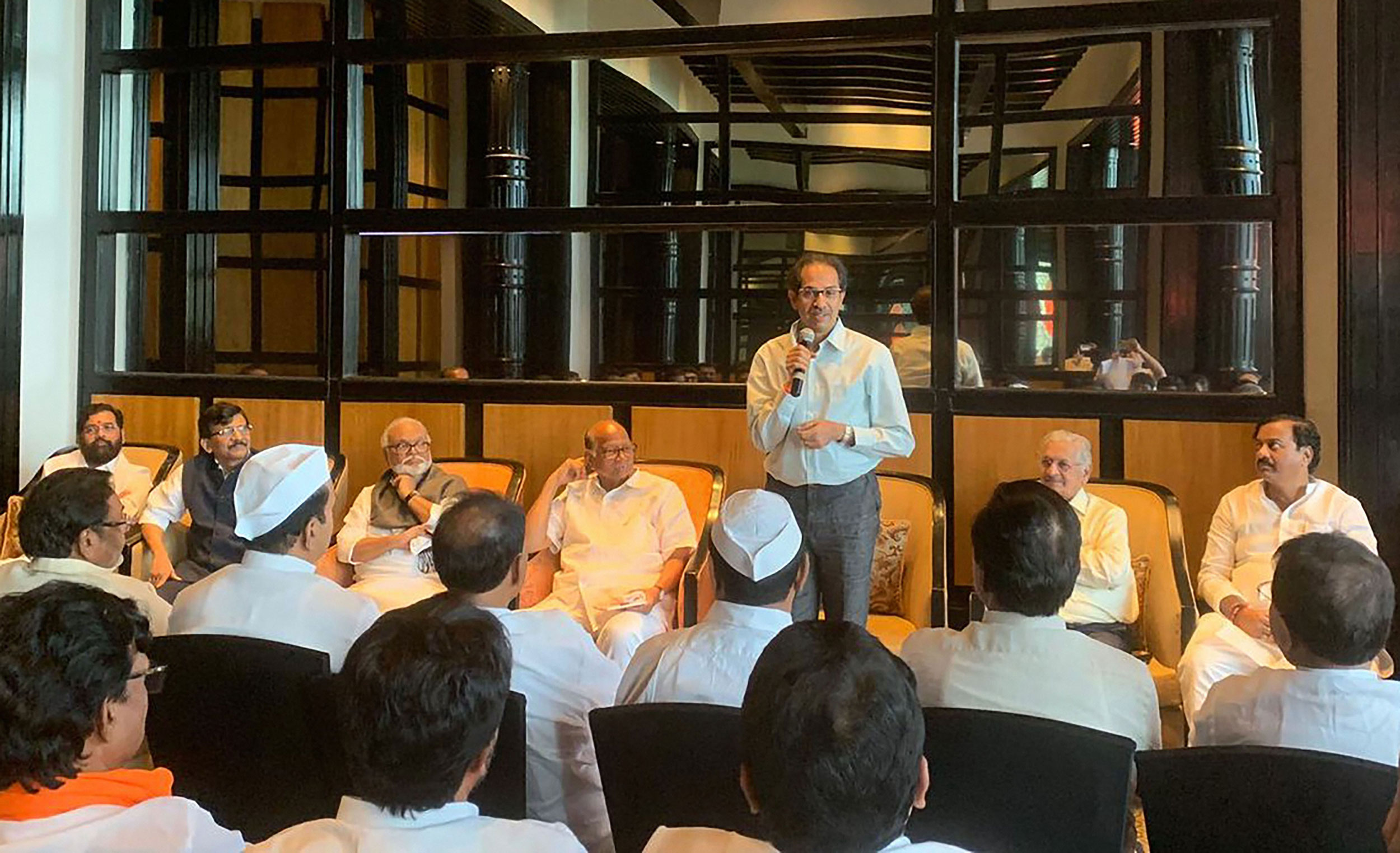 NCP party meeting, chaired by Sharad Pawar, underway at Hotel Renaissance, Mumbai, on Sunday. Shiv Sena Chief Uddhav Thackeray and Sanjay Raut were also present. In the video, MLA Jitendra Awhad and NCP workers are seen asking the policemen what business they have at the hotel in Powai.
(PTI)
PTI   |   Mumbai   |   Published 24.11.19, 08:06 PM

A video has emerged of an NCP leader questioning two plainclothes police officers about their intentions at a Mumbai suburban hotel where party legislators have been put up to prevent “poaching” by the BJP.

In the video, MLA Jitendra Awhad and NCP workers are seen asking the policemen what business they have at the Hotel Renaissance in Powai.

One of the policemen replies they are “just sitting here”. Awhad then examines the cop’s identity card.

“Such a high-ranking officer is sitting here for no reason? Do you think we are fools?” he asks.

The NCP members were shifted to the hotel on Saturday night, hours after senior NCP leader Ajit Pawar joined hands with the BJP, promised his party’s support and took oath as deputy chief minister.

The Congress, NCP and the Shiv Sena are guarding their MLAs in various Mumbai hotels as a precaution against any BJP attempt at inducement ahead of a yet unscheduled floor test in the Assembly. The Supreme Court may on Monday set a timetable for the trust vote.