Party to pay special attention to all sections of society, including youths, women, farmers, traders and the deprived 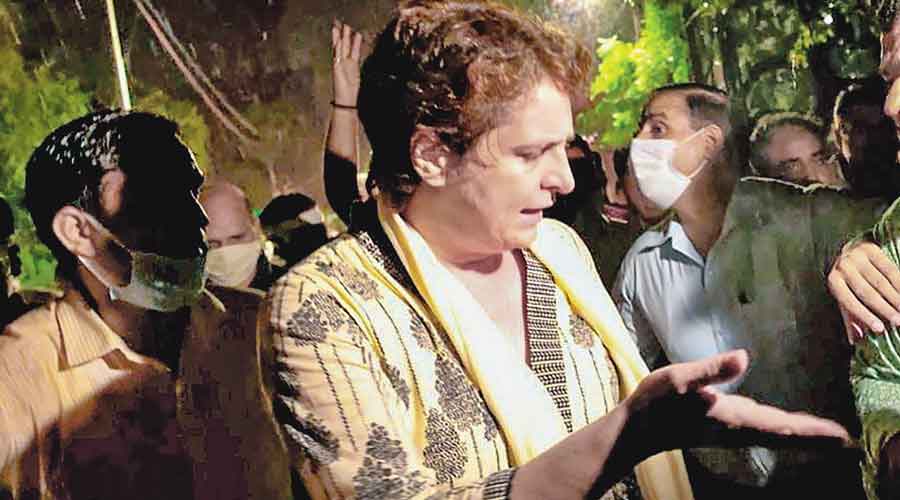 Congress general secretary Priyanka Gandhi Vadra on Monday said her party's poll manifesto for the upcoming Uttar Pradesh assembly elections will be a roadmap for an inclusive and all-round growth of the state.

Gandhi, also the in-charge of her party's UP affairs, made the announcement after chairing meetings of the party's different committees after reaching Lucknow on Monday morning, the release added.

Before attending the meetings, she garlanded a portrait of Dr B R Ambedkar his 'Parinirvan Diwas', while paying tribute to him and recalling his contribution in the making of the Indian Constitution, the release added.

She later participated in the meetings of the Manifesto Committee, Coordination Committee, Election and Campaign Committee, the release said.

A party spokesman said the Congress leader also held discussions over giving a final shape to the election manifesto prepared on the basis of people's views.