Nadda has lost his political balance in his attempts at distraction and diversion: Randeep Surjewala 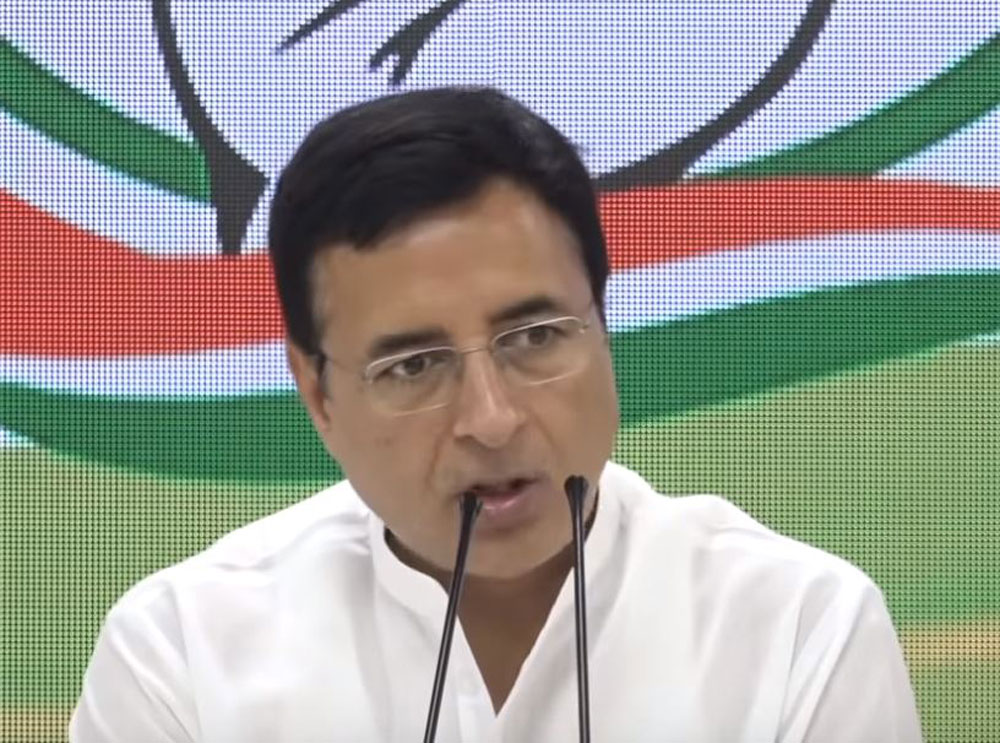 The Congress on Saturday asked the government to release a list of donations made to the RSS and its affiliates instead of maligning the Rajiv Gandhi Foundation with “wild and false” allegations.

“The wild and insidious hatred of the BJP towards the Congress unfolds every day in an embarrassing and uglier fashion,” Congress communications chief Randeep Surjewala said in a statement. “BJP president J.P. Nadda has lost his political balance in his attempts at distraction and diversion from the issues of national security and territorial integrity. All this is being done so that the Congress and countrymen stop questioning the (Narendra) Modi government on the Chinese transgressions.”

“The BJP leadership is also scared of the questions being asked on its deep-rooted Chinese connections, its connection to ‘China Association for International Friendly Contact’ and its persistent interactions with the ruling Chinese Communist Party.”

Surjewala said: “Will the BJP, like the Rajiv Gandhi Foundation has done, ask the Rashtriya Swayamsevak Sangh to make public the list of all its donors and the amounts received, including (those) from all foreign sources including individuals, entities, organisations and governments?”

He added: “Has the BJP/RSS received funding from international foundations, funds, entities and organisations? If yes, how much amount has been received by BJP-RSS over the last 6 years (through) international funding and donors?”

“Will the BJP declare the name(s) of donors from whom it has received thousands of crores in donations through electoral bonds? Will the BJP disclose the source of funding, amounts received, name of donors (including of Chinese origin) for ‘Overseas Friends of BJP’? How much amount has been received by OF-BJP from ‘Overseas Friends of BJP-China and Hong Kong’ and when?”