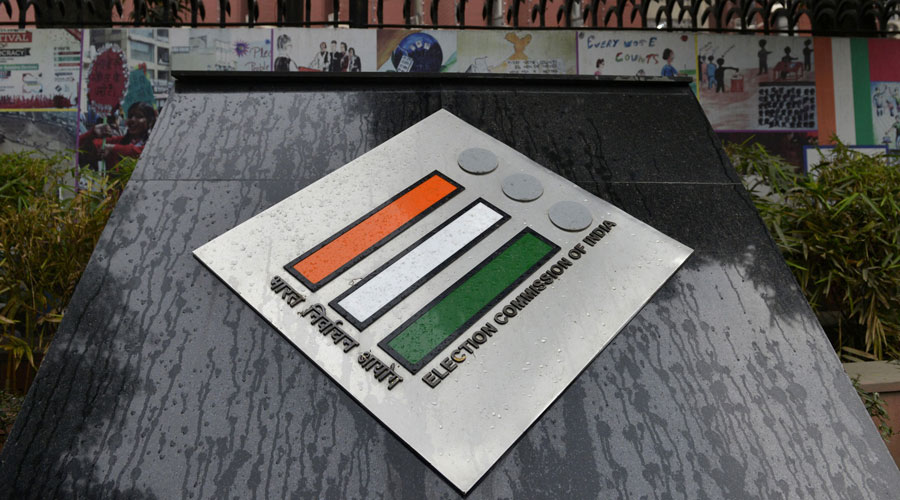 In a petition to the Election Commission on Friday evening, the Congress described the amendment as a brazen attack on the Constitution.
File picture
Our Special Correspondent   |   New Delhi   |   Published 04.07.20, 04:50 AM

The Congress has strongly objected to an election rule amendment that has, without any consultations with political parties and other stakeholders, expanded the pool of postal ballot voters by lowering the age threshold to 65 years from 80 and including Covid-19 patients.

In a petition to the Election Commission on Friday evening, the Congress described the amendment as a brazen attack on the Constitution and the democratic structure of the country. The principal Opposition party alleged that the amendment would create avenues for the government and the administration to influence or coerce voters.

The amendment was carried out on Thursday in a hush-hush manner by the law and justice ministry in consultation with the Election Commission.

Earlier this week, CPM general secretary Sitaram Yechury had urged the poll panel to reconsider introducing the amendment and expressed suspicion that the “tearing hurry” was in view of the Bihar Assembly elections slated to be held later this year.

At present, postal ballots are used mainly by the armed forces, voters engaged in essential services and those with physical disabilities. More than a million people — mainly from the security forces — had used postal ballots during the 2019 Lok Sabha polls.

The Congress memorandum said: “The manner in which this decision has been taken demonstrates a complete non-application of mind and a shocking circumvention of any consultation process with the political parties. Secrecy in voting is intrinsic to constitutional democracy, wh-ich as per the Supreme Court is the basic feature of the Constitution and is not amenable to the powers of amendment.”

The party explained how the amendment, which seeks to increase the number of those eligible to use the postal ballots, violates the principle of secrecy: “A large segment of the population is uneducated, the voters utilising the postal ballot facility shall not only be seeking assistance from others but at numerous stages might end up disclosing their preferred candidate. This also exposes voters to organised administrative and political influence.”

The Congress said the ruling party would be able to identify these voters in advance and influence them, endangering the integrity of the voting process.

The Congress also argued that the plan to protect senior citizens and Covid-infected persons was mindlessly self-defeatist.

“As per Rule 24 (2) of the Conduct Elections Rule 1961, Form 13A, along with the postal ballot paper, has to be duly attested and notarised. Therefore, the voter shall have to personally meet an officer for purposes of notary and attestation. Therefore, this will not only expose the voter but also the officer in charge of notarisation to a risk of contracting Covid-19 infection,” the memorandum said.

It added: “The voter shall have to utilise the services of a government postal office to send his or her postal ballot and therefore, will yet again risk either contracting or spreading Covid-19 infection. A better alternative would be to have a separate voting booth for senior citizens to minimise risk of infection.”

The Congress pointed out that rejection of postal ballots on account of minor errors was high, around 20 per cent.

“As per Rule 23 of the Conduct of Elections Rules 1961, the postal ballot has to be sent with the following forms, viz., a declaration in Form 13A; (ii) a cover in Form 13B; (iii) a large cover addressed to the returning officer in Form 13C,” the memorandum said, adding that arranging for all these would involve great efforts on the part of senior citizens and patients.