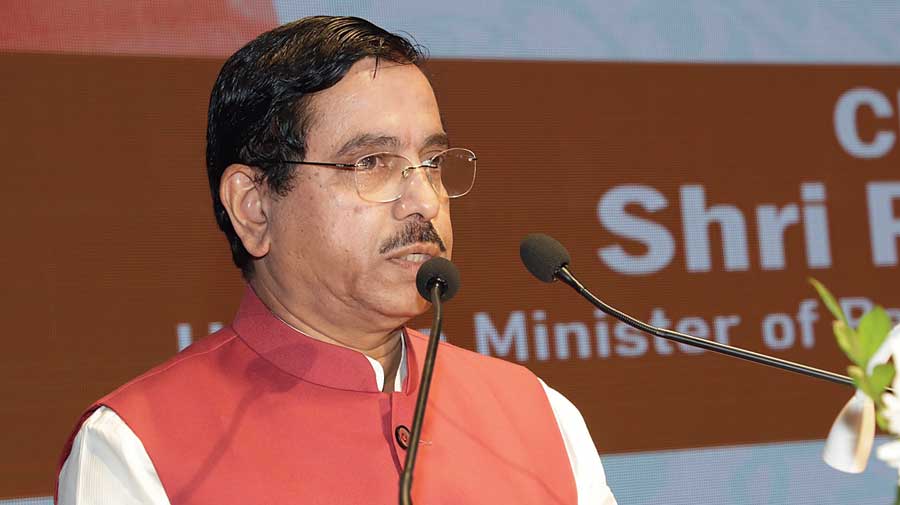 Parliamentary Affairs Minister Pralhad Joshi on Monday defended the suspension of Congress MPs from Lok Sabha saying the government is ready for discussion on price rise, but the MPs did not respect the chair and created ruckus by violating the laws.

Four Congress MPs - Manickam Tagore, TN Prathapan, Jothimani, and Ramya Haridas -- were suspended from Lok Sabha for the rest of the session for displaying placards and disrupting proceedings despite a warning by Speaker Om Birla.

Talking to reporters, Joshi said the government has been saying that it is "ready for discussion on price rise as soon as Finance Minister Nirmala Sitharaman recovers from COVID."

Joshi termed the suspended Congress MPs' conduct in the House "unacceptable" and said placing placards in front of the Lok Sabha Speaker chair is not the way to protest.

They were doing this after being warned by the Speaker, he said.

Joshi said he had personally told the Congress leaders of both the houses that the government was ready for discussion on price rise.

"But the Congress MPs' action in the house shows they don't respect the chair and the house. The action taken against them is appropriate," he said.

The motion to suspend the four Congress MPs was moved by Joshi.

BJP MP Rajendra Agrawal, who was on the chair while the motion to suspend MPs was passed, termed the action as required.

"The Congress MPs were not letting the house to function and they were depriving other members from their right to participate in debate, and all this happened after the speaker's warning," Agrawal said.

Minister of State for Parliamentary Affairs V Muraleedharan concurred with his senior colleague in the cabinet, and said the Opposition deliberately disrupted the legislative agenda of the day.

Oppn doesn't want Parliament to function. Running away from any debate. Deliberately disrupting legislative agenda. Oppn gave notice for discussion on COVID - which was allowed but they did not let the house function," the BJP minister said on Twitter.

"Shame. Oppn doing grave dis-service to the nation, he continued in the same tweet.

Earlier in the day, when Rajya Sabha was adjourned, the leader of the house and Union Minister reiterated that the government was ready for a debate on price rise after the Union Finance Minister recovers from COVID.