The chief minister, Navjot Singh Sidhu and Harish Chaudhary held a meeting of party MLAs and other senior leaders to discuss the strategy for the elections 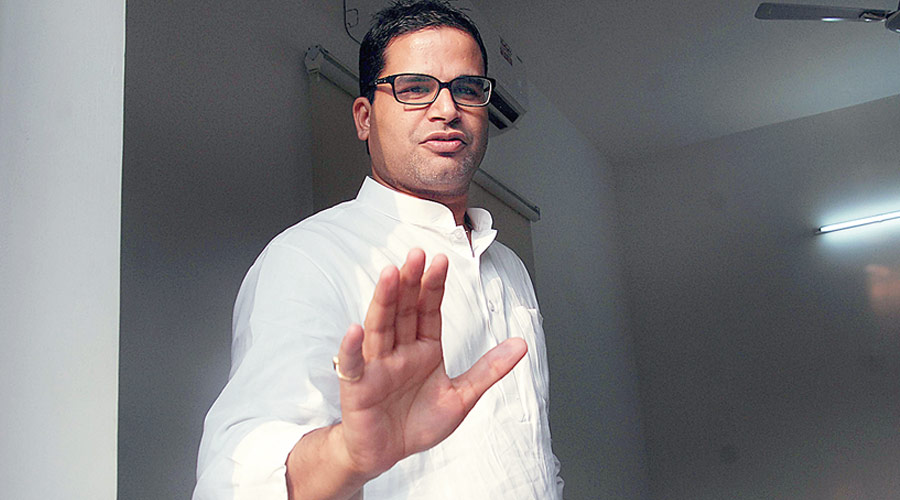 Political strategist Prashant Kishor may be roped in to develop the election campaign of the Congress for next year's Assembly polls, Punjab Chief Minister Charanjit Singh Channi has indicated.

Channi, Punjab Congress chief Navjot Singh Sidhu and the incharge of the state affairs at the AICC, Harish Chaudhary, held a meeting of party MLAs and other senior leaders here Tuesday evening to discuss the strategy for the elections.

In a short video of the party meeting, Channi is heard saying that "Harish Chaudharyji was even advising to hire Prashant Kishor".

Channi was also seen discussing recent decision of his government to reduce power tariff and how it had received positive response from people.

There is enthusiasm among people and the party workers, Channi said.

"As per suggestions from you all, power tariff was reduced. We still have a couple of months (before code of conduct comes into effect in view of polls) and I will ensure that whatever you suggest will be done," he said.

Kishor is currently lobbying for the Trinamool Congress (TMC) for the upcoming Goa Assembly elections.

The Congress had stormed to power with an overwhelming majority in the 2017 polls in Punjab.

Channi recently replaced Amarinder Singh as chief minister following unceremonious exit of the veteran leader, who on Tuesday quit the Congress and announced the name of his own political outfit to contest the upcoming state polls.