Mix of indecision and hard negotiations 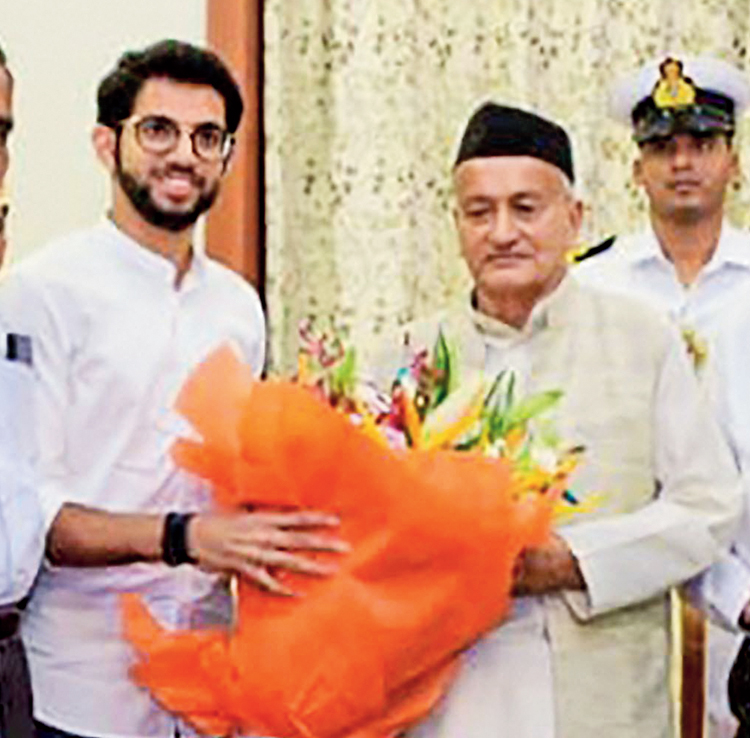 Congress president Sonia Gandhi on Monday night asked NCP chief Sharad Pawar to advise the Shiv Sena to seek more time from the Maharashtra governor, indicating that the commitment for support would come only after the nature and contours of the new coalition are decided.

Serious objections have been raised by a section of senior Congress leaders, particularly from Kerala, to any understanding with the Shiv Sena, but the inflexible attitude of Maharashtra legislators has forced Sonia to consider extending support.

The indecision, in spite of two meetings of the Congress Working Committee (CWC), caused much consternation in the Sena camp but sources said the delay did not mean denial.

Sena leaders Eknath Shinde and Aaditya Thackeray cut a sorry figure at the Raj Bhavan because neither the Congress nor the NCP had given letters of support and hence they pleaded for more time, which was rejected by the governor.

The Raj Bhavan issued a statement saying the Sena expressed its willingness to form the government but sought three days to submit the letters of support.

Congress leaders also said the deadline was not a critical issue as the governor in the normal course would now invite the Opposition alliance and then the letters of support could be submitted.

An NCP delegation met governor Bhagat Singh Koshyari late in the night and discussed government formation with the support of allies. The governor told them to return with letters of support by 8.30pm on Tuesday.

Sena leaders are said to be extremely angry with the intrigue, wondering why the Congress could not finalise its decision all this while. But Congress leaders said the Sena withdrew its minister from the Narendra Modi government only on Monday, setting off formal negotiations on the issue within the party.

Some Congress MLAs expressed anguish over the dithering of the central leadership but leaders here insisted several details had to be finalised and both the Congress and the NCP would sit with Sena leaders to draw the roadmap.

Sources here revealed that Ahmed Patel, Mallikarjun Kharge and K.C. Venugopal may fly to Mumbai on Tuesday to complete the formalities. The NCP and the Congress are keen to make the final announcement together.

Sena chief Uddhav Thackeray spoke to Sonia twice during the day seeking support for his endeavour. Sonia told him she would get back to him in time but only conveyed through Pawar that the final decision would take more time.

The demand for joining the government instead of extending outside support was another issue to be decided.

Amid this confusion, Congress MLAs were not willing to entertain any dilemma and had made their mind up to prop up a Sena government.

One MLA told The Telegraph on phone from Mumbai: “The high command is playing a game of the nineties without realising that politics had changed. They have lost so many states in this game of procrastination. We are not going to be the victim of these games. We will support the Sena government whether the central leadership favours it or not.”

The MLAs and some other Maharashtra leaders pointed out that Kerala leaders were the main stumbling block as they thought aligning with the Sena will be ideological suicide. Both Antony and Venugopal opposed any association with the Sena, direct or indirect, at the CWC meeting.

But the Maharashtra leadership is not appreciative of that position, accusing the Kerala camp of not being in tune with the political reality of the country and even threatened a split in the party.