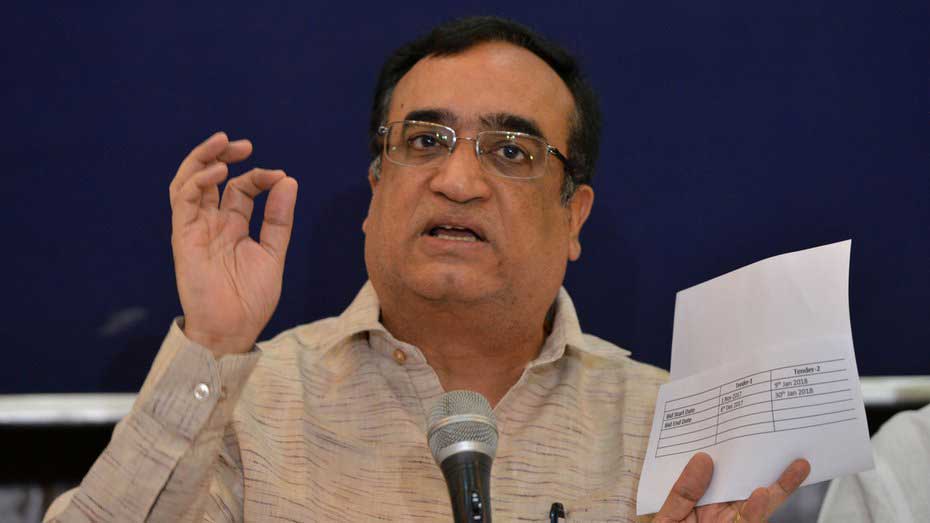 The Congress demanded Union minister Gajendra Singh Shekhawat's resignation on Sunday for his alleged involvement in a conspiracy to topple the Asok Gehlot government in Rajasthan.

Party leader and former Union minister Ajay Maken said the Anti-Corruption Bureau of the Rajasthan police has registered a case in connection with the audio tapes of a purported conversation between Congress MLA Bhanwarlal Sharma, Shekhawat and one Sanjay Jain.

"If Union minister Gajendra Singh Shekhawat is claiming that it is not his voice and the reference in the audio clip is of some other Gajendra Singh, then why is he afraid of giving voice samples?" Maken asked.

He said Shekhawat has no moral authority to continue as a Union minister and should resign so that the investigation is not influenced.

Maken also alleged that the police in Haryana and Delhi are giving protection to rebel Congress MLAs from Rajasthan.

He said the Centre is threatening in the name of CBI because it wants to stop the probe into the conspiracy.