Congress demands arrest of BJP functionaries for remarks against Prophet 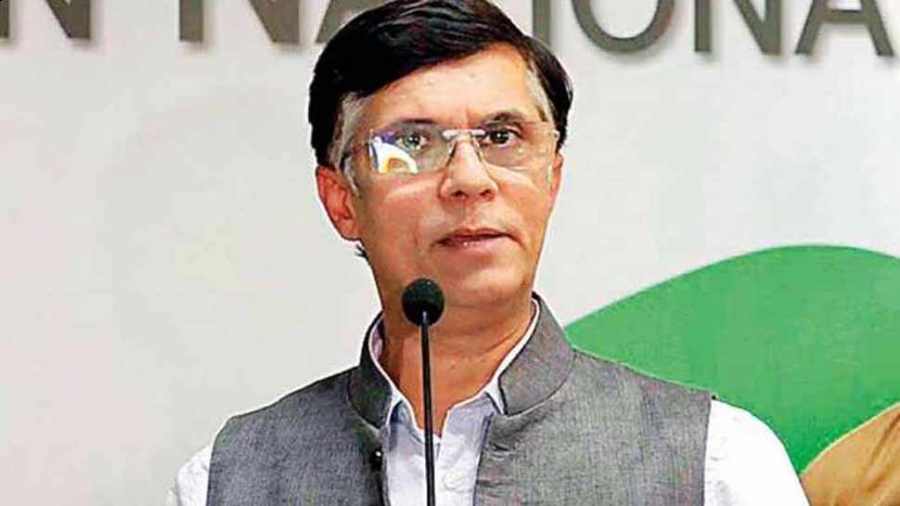 Hitting out at the BJP over the controversial remarks made by its functionaries against Prophet Mohammed, the Congress on Monday accused it of defaming India at the international level and said it was unacceptable that the nation has to apologise for its mistakes.

The Congress also demanded the arrest of the two BJP functionaries after international outrage over their offensive comments against the Prophet.

The Congress charged that the BJP's anti-social elements are thrusting the nation into the fire of hatred and the country is being defamed internationally.

"Such anti-social elements of the BJP be arrested immediately," the Congress demanded.

The Congress also said the country will not apologise for the mistakes of the BJP, but the ruling party president should do so.

"Instead of doing a drama of action against anti-social elements in the party who have defamed India at the international level, it should immediately arrest them," Congress said.

Congress spokesperson Pawan Khera said it was unacceptable that the nation has to apologise for the remarks made by BJP leaders, whom the ruling party described as "fringe elements".

"The BJP commits the mistake and the country has to face the repercussions. The prime minister is reminded by Qatar and Kuwait about his 'Raj Dharma'. Nothing can be more shameful than this," he said.

Khera said India should not apologise as it is not the country's mistake but of the BJP which should apologise.

Another Congress leader Jairam Ramesh said, "Our dapper External Affairs minister got his spokesman to dismiss a US Government report on religious minorities in India as 'vote-bank politics in international relations'. US allies in Gulf are giving a reply."

The Congress on its official Twitter handle said, "The BJP has gone so far in its deceitfulness, arrogance, and pride, that it has become blind in its own darkness. The consequences of the BJP's actions are its own to pay, not the nation's."

India being called out on a global platform for something as shameful as this gives the country a bad name, the opposition party maintained.

"Is this where we want our country to be placed? Will we let the BJP do this to our country," the Congress asked in a tweet, using the hashtag "#BJP_Defames_India".