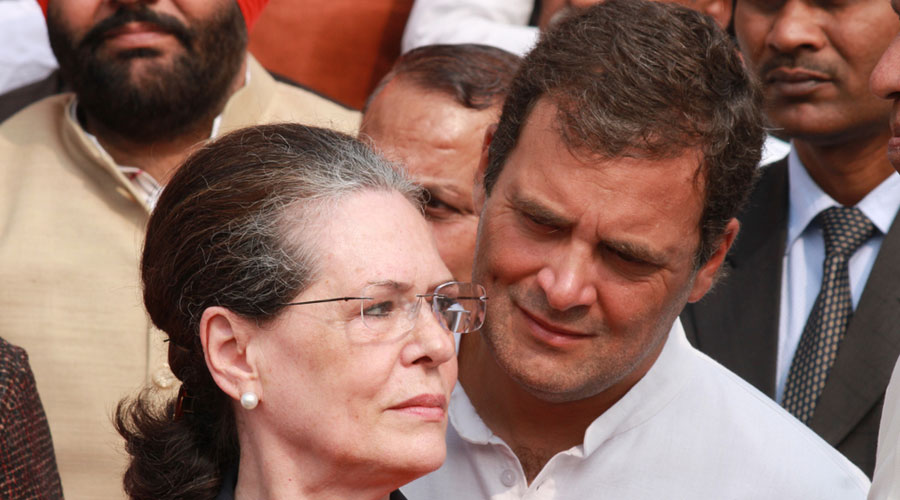 The eruption of discontent over the leadership crisis in the Congress has evoked an impassioned appeal for Rahul Gandhi’s immediate return at the helm even as cracks within the party have widened.

No signs of reconciliation were visible on the eve of the Congress Working Committee (CWC) meeting after a letter written by some leaders to Sonia Gandhi, pointing to the drift and the urgent need for reconstruction, got leaked and created much bitterness within the party.

Majority of leaders took the letter as a conspiracy against Rahul but the authors of the letter insisted they had only dwelt on the systemic crisis without making any adverse comments on individuals.

While the political grapevine was abuzz with the existence of such a letter sent to Sonia for the past two weeks, The Sunday Express, the weekend edition of The Indian Express newspaper, named the 23 leaders who signed it and referred to the contents.

Sources said the leak infuriated Sonia and close associates of Rahul who felt leaking the letter to the media was a blatant violation of party discipline.

The names of many senior leaders — those who have been an integral part of the Congress high command for decades and the younger ones who got much from the party in a short span of time — have cropped up.

One section was so upset that an outcry erupted for crushing what is being seen as “dissent”. The interpretation that the letter was a revolt against Rahul completely vitiated the atmosphere.

An orchestrated response, so typical of the Congress, came up during the day from most state unit chiefs, chief ministers and members of Parliament, describing the tendency to question the Nehru-Gandhi family as unfortunate and entreating Rahul to return as president without further delay.

One of the signatories to the letter told The Telegraph: “We are also demanding the same; that the vacuum is harmful and a regular party president should be brought. Nowhere does the letter say Rahul is not acceptable.”

But the emotional outburst by family loyalists left little scope for a reasoned debate and they acted as if the party was at war with itself.

But there was no dispassionate analysis of the contributions made by these leaders over the decades in the frenzied response.

Youth Congress chief B.V. Srinivas recalled the sacrifices made by the Nehru-Gandhi family and requested these leaders to look within and ask what their contribution is.

Manickam Tagore, the  young MP from Tamil Nadu, warned that their silence should not be considered as their weakness. He tweeted that the saddest thing about betrayal is that it never comes from your enemies.

While most state unit chiefs asked for Rahul’s return, the Delhi Pradesh Congress Committee held an emergency meeting to condemn the “23 gaddars” (traitors). Many leaders attributed personal motives to these leaders, explaining why each of them was agitated because of vested interests and initiated this war in the garb of principles.

The participants asked if any of these leaders commanded mass support and whether there was any leader in the Congress who could match Rahul’s pan-India appeal.

Even the party’s chief ministers intervened, betraying nervousness caused by the issues raised by the diverse group of leaders from across the country and cutting across age barriers.

Rajasthan chief minister Ashok Gehlot tweeted: “News of 23 senior most Congress leaders writing a letter to Congress president is unbelievable and if it is true — it’s very unfortunate. There was no need to go in media. I strongly believe that Sonia Gandhi should continue to lead the party at this crucial juncture where the fight is to save the ethos of our democracy. She has always taken challenges head on. But if she has made up her mind — I believe Rahul Gandhi should come ahead and be the Congress president as the country faces the biggest challenge to save our Constitution & democracy.”

Rumours circulated that Sonia had already told the party about her reluctance to continue. Some reports said she resigned. But her term ended on August 10 and technically she is not the interim president anymore, unless the CWC extends her tenure.

Sonia will most likely tell the CWC on Monday to elect a new president to express her sense of hurt.  That is supposed to set the tone for a stormy meeting where a confrontation seems inevitable. If saner elements do not douse the fire, things could turn ugly on Monday.

Punjab chief minister Amarinder Singh, who conceded that the BJP continued to win because of a weak Opposition, insisted that Sonia should continue to lead till Rahul returned.

Chhattisgarh chief minister Bhupesh Baghel wrote a letter to Rahul asking him to return immediately. While he described Rahul as the only ray of hope in today’s atmosphere, he also stressed the need for unity in the party.

Former Karnataka chief minister Siddaramaiah tweeted: “It is unfortunate that the leadership of the Gandhi family is being questioned by a few. In these difficult times of undeclared emergency and attack on democracy by the BJP, we should collectively strive to strengthen the Congress and not weaken it.”

The widespread support for Rahul established that there are no two poles in the party. But there is no denying  that Rahul will have to bear the responsibility for this crisis as he had  relinquished the top post against the wishes of the party.