'We would like to ask the PM: Is this your diplomatic achievement that you got India labelled a terrorist state?' 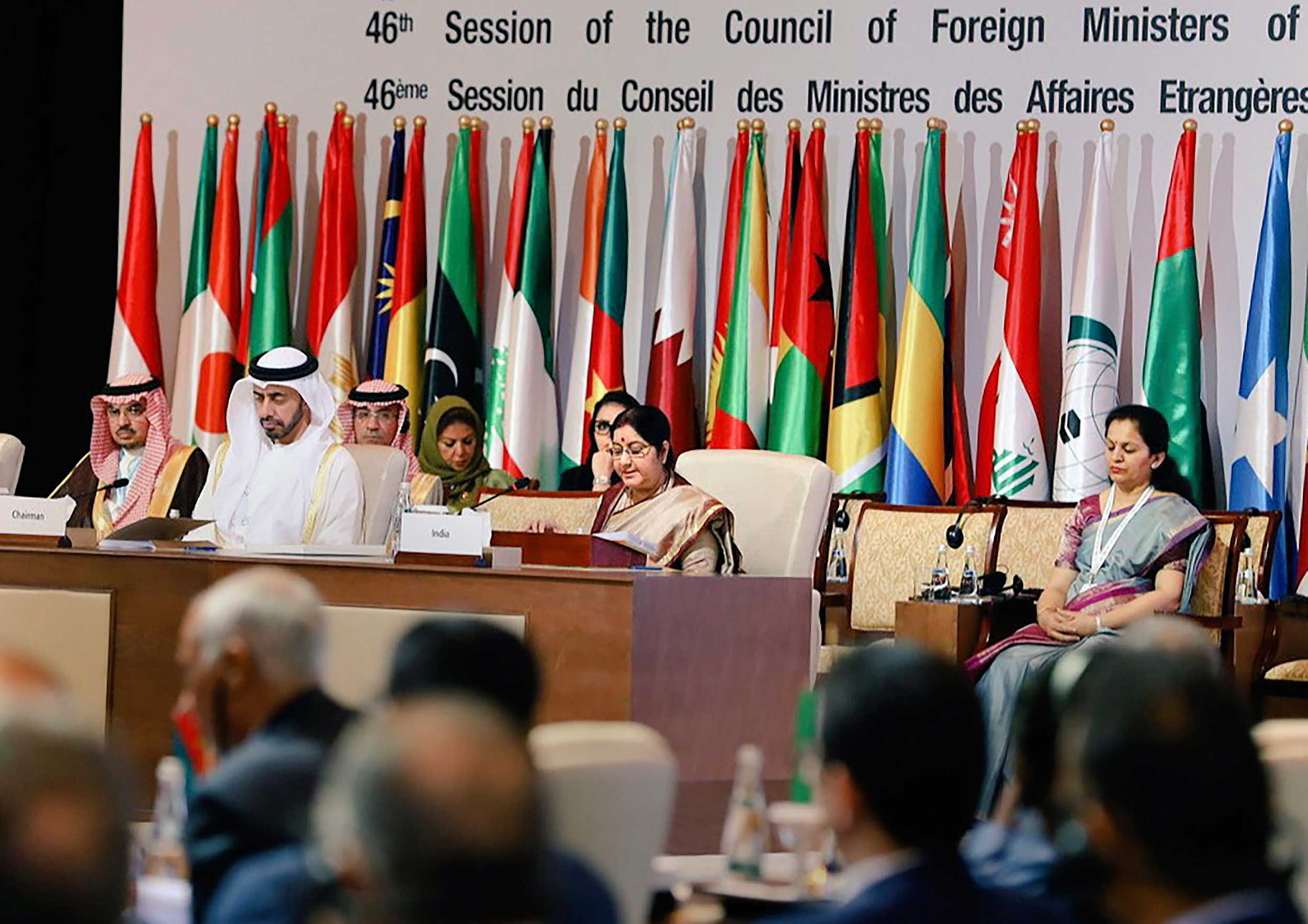 The Congress on Sunday accused the Narendra Modi government of surrendering national interest by attending a meeting of the Organisation of Islamic Cooperation (OIC).

“The OIC passed a resolution which condemned the recent wave of ‘Indian terrorism’ in ‘occupied’ Jammu and Kashmir…. Is this what we achieved — the tag of Indian terrorism? Are we an occupation force in Kashmir? Isn’t this an abject surrender of our national interest?” Congress spokesperson Manish Tewari asked on Sunday.

“We would like to ask the Prime Minister: Is this your diplomatic achievement that you got India labelled a terrorist state?” Tewari said.

“They (the government) surrendered India’s national interest by legitimising the OIC by attending their function. This is a sell-out.”

“External affairs minister Sushma Swaraj attended the OIC meeting in Abu Dhabi. The NDA-BJP government touted it as a huge diplomatic success for India that it has been invited to attend the plenary.… But what happened in Abu Dhabi is extremely disturbing for India,” he added.

“There’s a reason why India had ignored these meetings of the OIC over the past so many decades. What did you get in return — a resolution calling India a terrorist state, a resolution that appeals to other member states and Islamic institutions to provide humanitarian aid to the Kashmiri people?”

The Congress spokesperson went on: “Are we not capable of looking after our people? And this humanitarian assistance is a euphemism for what? Support for terror activities in Jammu and Kashmir.”