Prayar Gopalakrishnan, a former president of the Travancore Devaswom Board that manages the Kerala hill shrine, has been assigned the task of exploring all possibilities, including a review plea 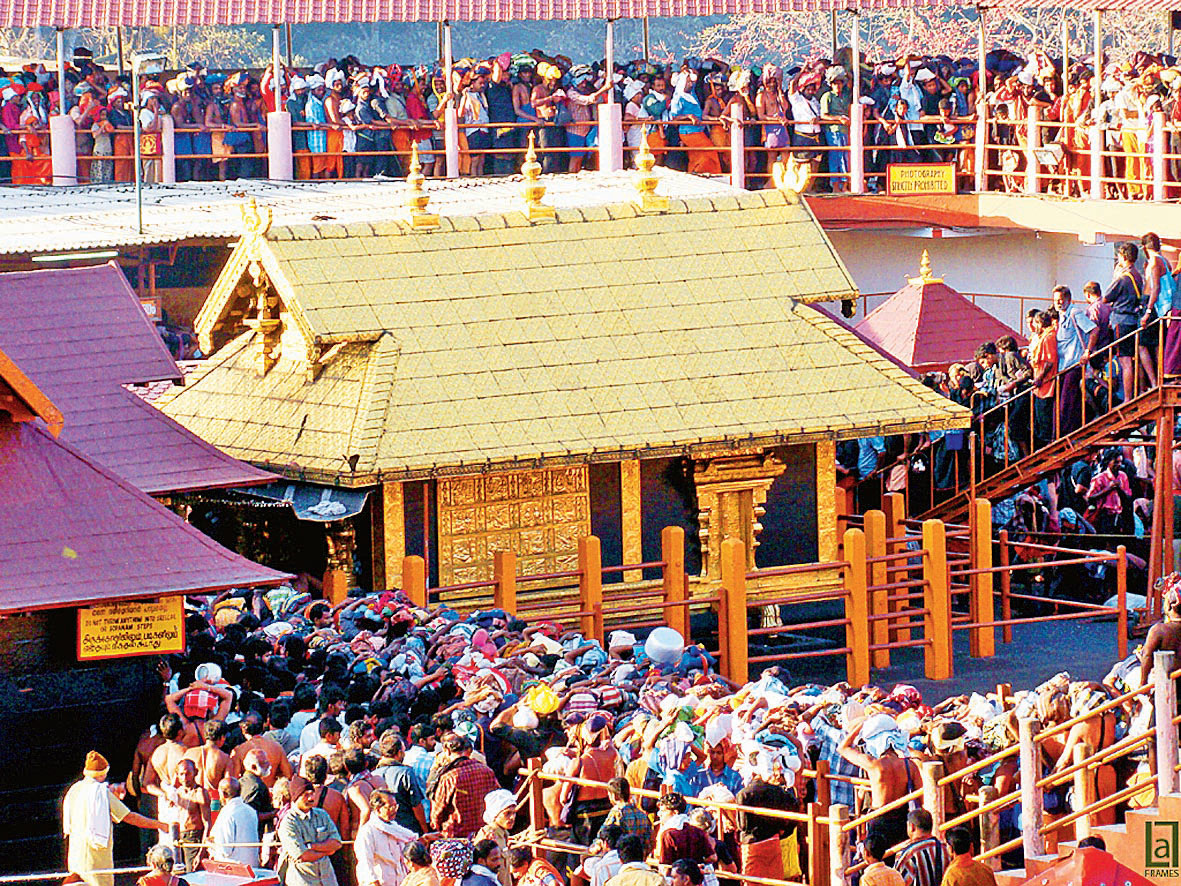 The Congress has asked one of its leaders to find a way to challenge the Supreme Court’s recent verdict that allowed women of all ages to enter the Sabarimala temple as the party sought to tap the perceived discontent among a section of devotees.

Prayar Gopalakrishnan, a former president of the Travancore Devaswom Board (TDB) that manages the Kerala hill shrine, has been assigned the task of exploring all possibilities, including a review plea.

The former party MLA had been appointed the board’s chief when Oommen Chandy headed the Congress-led UDF government in the state.

The current CPM-led government and the temple board — now headed by Left appointee A. Padmakumar — have both decided against filing a review petition against the September 28 verdict that appears to have divided the state down the middle, irrespective of political affiliations.

Congress leader Ramesh Chennithala had earlier said the party would ask Gopalakrishnan to file a review plea since he had impleaded himself in the case when he headed the TDB.

“But expert opinion suggests that he had impleaded as the (then) TDB president and not in his personal capacity,” Chennithala said.

The move comes at a time the verdict has triggered protests against the court’s decision to throw open to all women the doors of the temple to celibate god Ayyappa, ending a centuries-old tradition that barred those between the menstruating age of 10 and 50.

On Tuesday, around 25,000 women who didn’t want a change in the traditions had held a protest march in Pandalam town that was once the kingdom that governed the shrine.

Chennithala blamed the LDF government for the current situation. “The Left government had withdrawn the affidavit we filed in 2016. This obviously cleared a major opposition to changing an age-old tradition that most believers follow,” the Congress veteran said.

“The Congress has always believed that the traditions of all religions need to be protected and preserved as they are essential to maintain the multi-cultural identity of our country.”

He blamed the BJP and its ideological mentor RSS for trying to leverage the verdict to bring in a uniform civil code.

“While the RSS had initially supported the verdict, the BJP was not clear where it stood. But as people raised their voice against the verdict, they (the BJP and the RSS) started aligning with the devotees just to save their faces,” Chennithala said.

The RSS had on Wednesday emphasised the importance of “temple tradition and faith”, indirectly voicing its opposition to the judgment.

Lok Sabha MP and Indian Union Muslim League leader P.K. Kunhalikutty urged all UDF partners to brainstorm and come up with a common stand in support of the devotees.

“The UDF should back the Sabarimala devotees, their traditions and beliefs,” the IUML leader said on Thursday.

The Nair Service Society, an organisation of the influential community that had impleaded itself in the case, on Thursday decided to file a review plea.

The society’s general secretary, Sukumaran Nair, said the state government’s decision not to seek a review was “highly unfortunate”.

He criticised the temple board’s decision to reverse its original plan to file a review plea, apparently after an intervention from the government.

“We don’t understand why the autonomous TDB is toeing the government line on a religious matter,” Nair said.

The state BJP too waded in on Thursday, shedding its initial reluctance to take a stand.

“We demand the LDF government must withdraw its plan to implement the court order and instead file a review petition,” state unit chief P.S. Sreedharan Pillai said.

The BJP now plans to meet the erstwhile royal family of Pandalam, the former custodian of the temple, and the family of priests who have traditionally conducted all the rituals at the shrine.