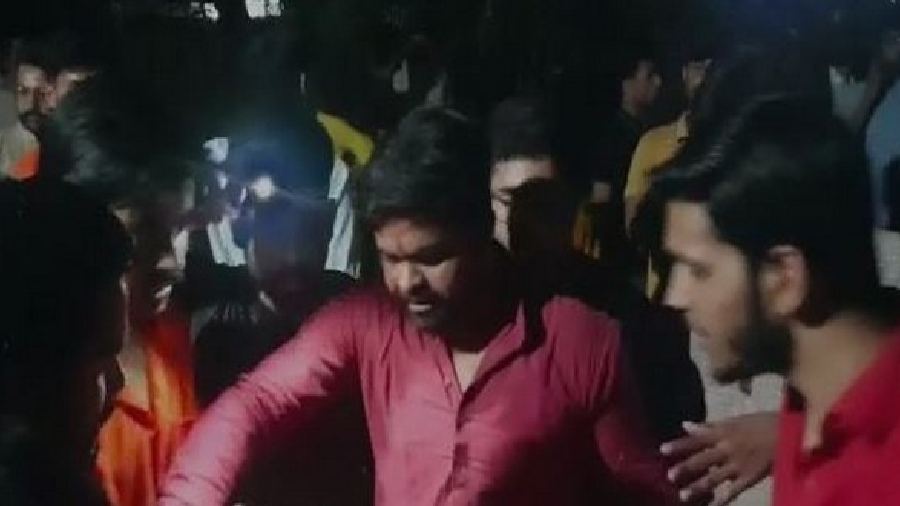 The Delhi Police on Monday registered an FIR against unknown ABVP students based on the complaint received from a group of students in connection with a clash in JNU campus over non-vegetarian food, officials said.

This comes a day after two groups of students clashed at the Jawaharlal Nehru University's Kaveri Hostel allegedly over serving of non-vegetarian food on Ram Navami in the mess, with police saying six students were injured in the violence.

Deputy Commissioner of Police (Southwest) Manoj C said that they have received a complaint from a group of students who are members of JNUSU, SFI, DSF and AISA early Monday morning against unknown ABVP students.

"Accordingly, we have a registered an FIR under section 323 (voluntarily causing hurt), 341 (wrongful restraint), 509 (word, gesture or act intended to insult the modesty of a woman), 506 (criminal intimidation) and 34 (Acts done by several persons in furtherance of common intention). Further investigation is on to collect factual or scientific evidence and identify the culprits," he said.

The officer added that students belonging to ABVP have also intimated that they will be giving a complaint. On receipt of the same necessary appropriate legal will be taken.

Several purported videos of the violence surfaced on social media, with one them showing a student, Akhtarista Ansari, bleeding from the head. Officials have not confirmed the authenticity of the videos.

The JNU Students' Union (JNUSU) on Sunday alleged that Akhil Bharatiya Vidyarthi Parishad members stopped the mess vendor from supplying chicken to the mess and attacked him in the afternoon.

However, the right-wing ABVP denied the charge and claimed that Leftists obstructed a puja programme organised at the hostel on Ram Navami.

Both sides accused each other of pelting stones and injuring their members.

The JNUSU alleged that the ABVP, the student wing of the Rashtriya Swayamsevak Sangh (RSS), used muscle power and goondaism "to create a ruckus, manhandled the staff and asked them not to prepare any non-vegetarian items.

"They were forcing and attacking the mess committee to change the dinner menu and exclude the usual non-vegetarian items in it for all students," it alleged.

"JNU and its hostels are meant to be inclusive spaces for all and not one particular section," it said.