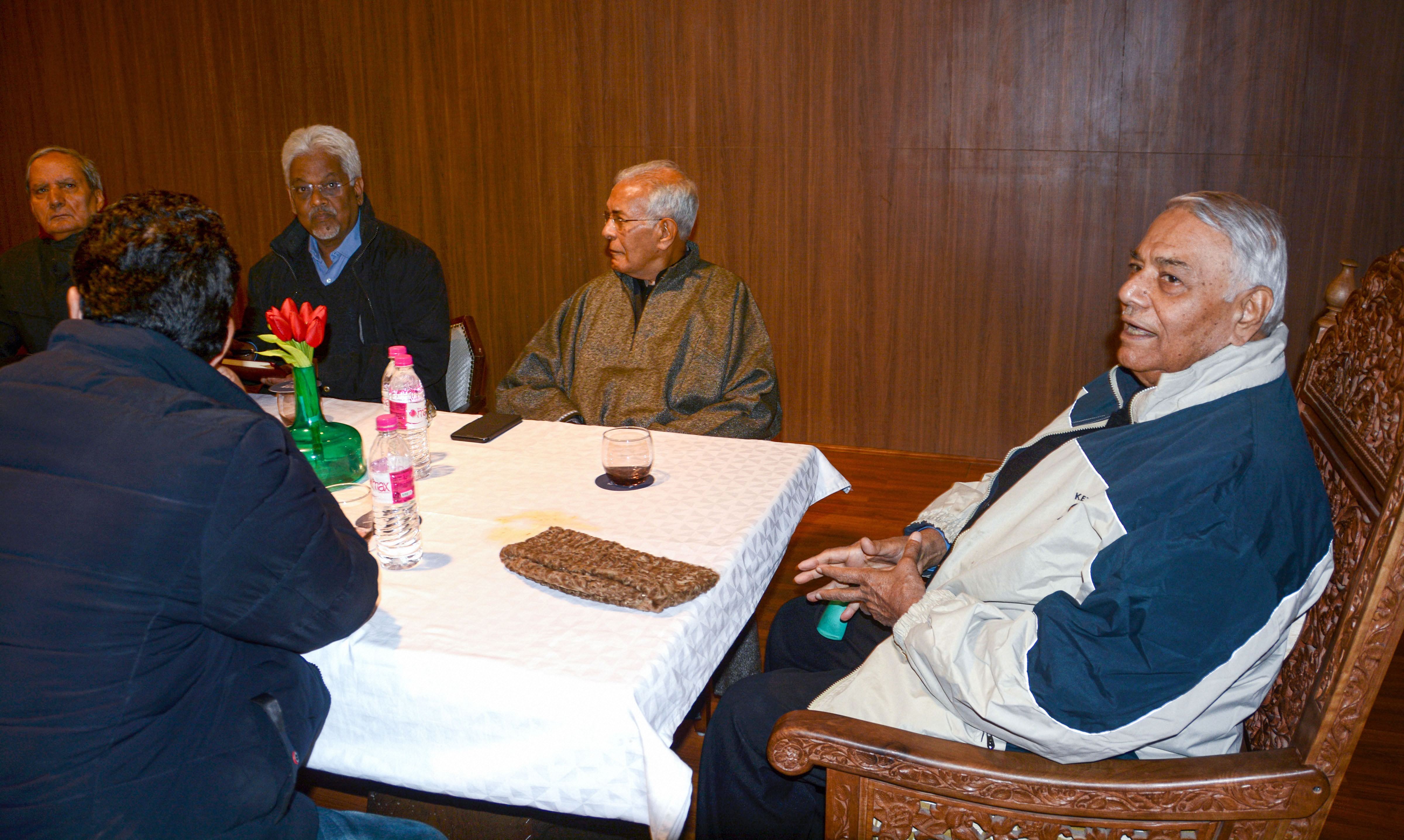 A delegation of Indian civil society group led by former Union finance minister Yashwant Sinha interacts with the members of Kashmir Chamber of Commerce and Industries to assess the situation in the Valley, in Srinagar, Friday, November 22, 2019.
PTI
PTI   |   Srinagar   |   Published 22.11.19, 01:24 PM

A civil society delegation led by former Union minister Yashwant Sinha arrived in Kashmir on Friday to assess the situation here and the economic losses suffered by people over the last three months due to the shutdown following the abrogation of provisions of Article 370.

The group had made attempts to visit Kashmir earlier as well but were not allowed by the authorities and had to return from the airport.

Asked about the aim of the visit, Sinha said they wanted to assess the situation on the ground in the aftermath of the abrogation of Jammu and Kashmir's special status.

'There were very different reports about Kashmir. One the government reports and the other by the foreign media. Our aim was to see for ourselves how the situation was here. I thank the administration that we were allowed this time, unlike the last time,' the former finance minister said.

He said the group would meet a cross-section of people to know about their problems and assess the nature of losses they have suffered.

'We saw that all shops are closed, which is not normal. We wanted to assess the situation on the ground and talk to the people. We also want to assess the economic losses suffered by the people since the government took the decision on August 5,' he said.

He said the group wanted to send a message to the people of Kashmir that there were people in the country who care for them.

'We will try to meet the mainstream leaders if we are allowed to do so,' Sinha said when asked if the group planned to meet the leaders of mainstream political parties.

The group later interacted with the members of Kashmir Chamber of Commerce and Industry (KCCI), the apex trade body in the Valley.