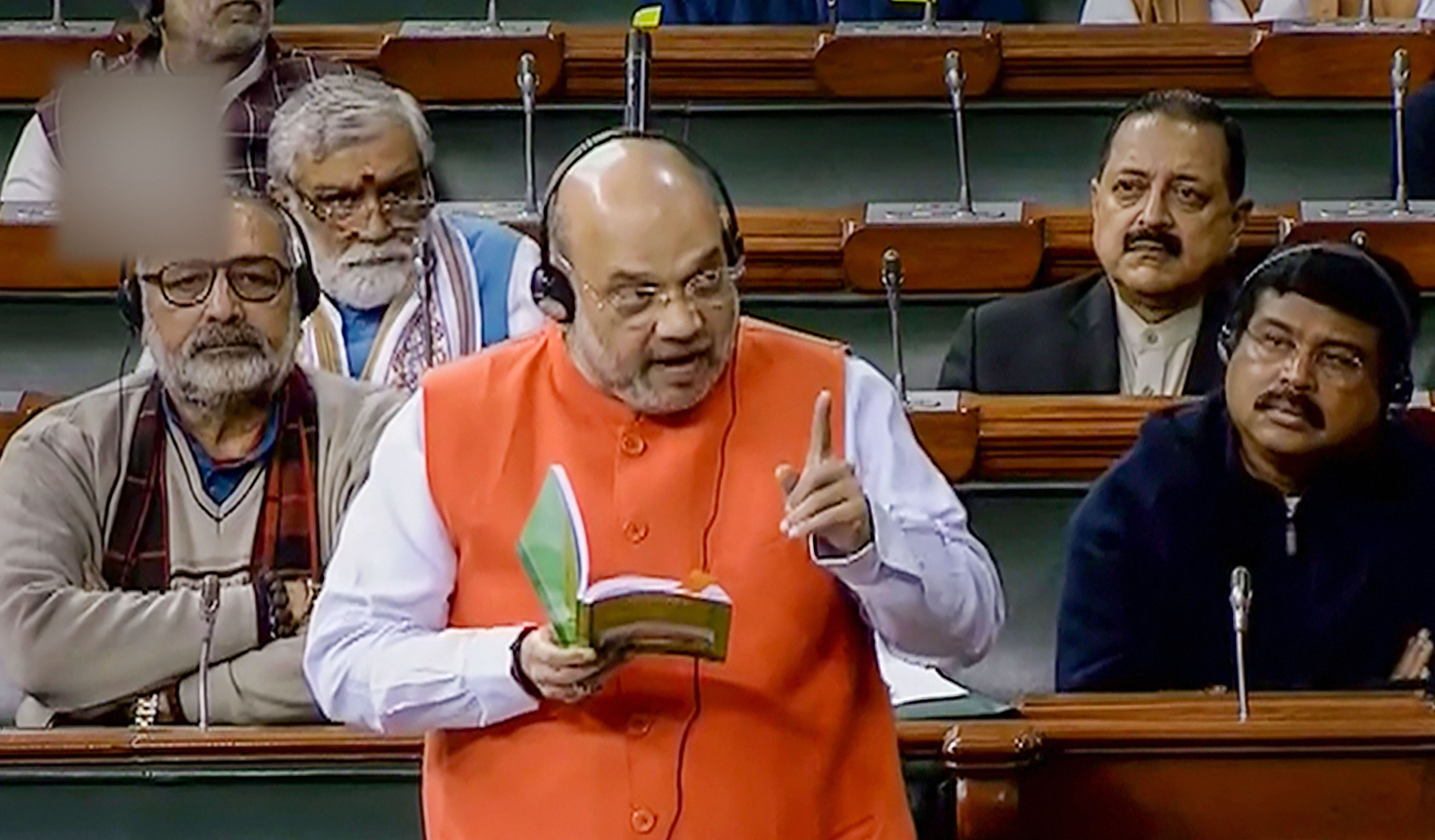 Union home minister Amit Shah on Monday said in Lok Sabha that the Citizenship (Amendment) Bill 2019 is not against minorities but against infiltrators.

Introducing the bill, Shah said the Congress 'divided' the country on the basis of religion and that is why it was necessary to bring the bill.

The home minister said the proposed legislation is being brought on the basis of reasonable classifications provided under the Constitution and it does not violate any of its provisions.

The bill, he said, seeks to give Indian nationality to non-Muslim refugees from Pakistan, Bangladesh and Afghanistan who are facing religious persecution there.

The home minister said laws were framed to give citizenship to people on several occasions in the past, including in 1971 after the creation of Bangladesh and attacks on Indians in Uganda, by using the provision of reasonable classifications.

'This bill is not even .001 per cent against minorities. It is against infiltrators,' he said.

Earlier, Opposition leaders Adhir Ranjan Chowdhury, Saugata Roy, N. K. Premchandran, Gaurav Gogoi, Shashi Tharoor, Assaduddin Owaisi opposed the introduction of the bill, saying it was violative of various provisions of the Constitution, including move to grant citizenship on the basis on religion.

The bill was introduced after a division of votes for which 293 MPs voted in favour and 82 voted against.