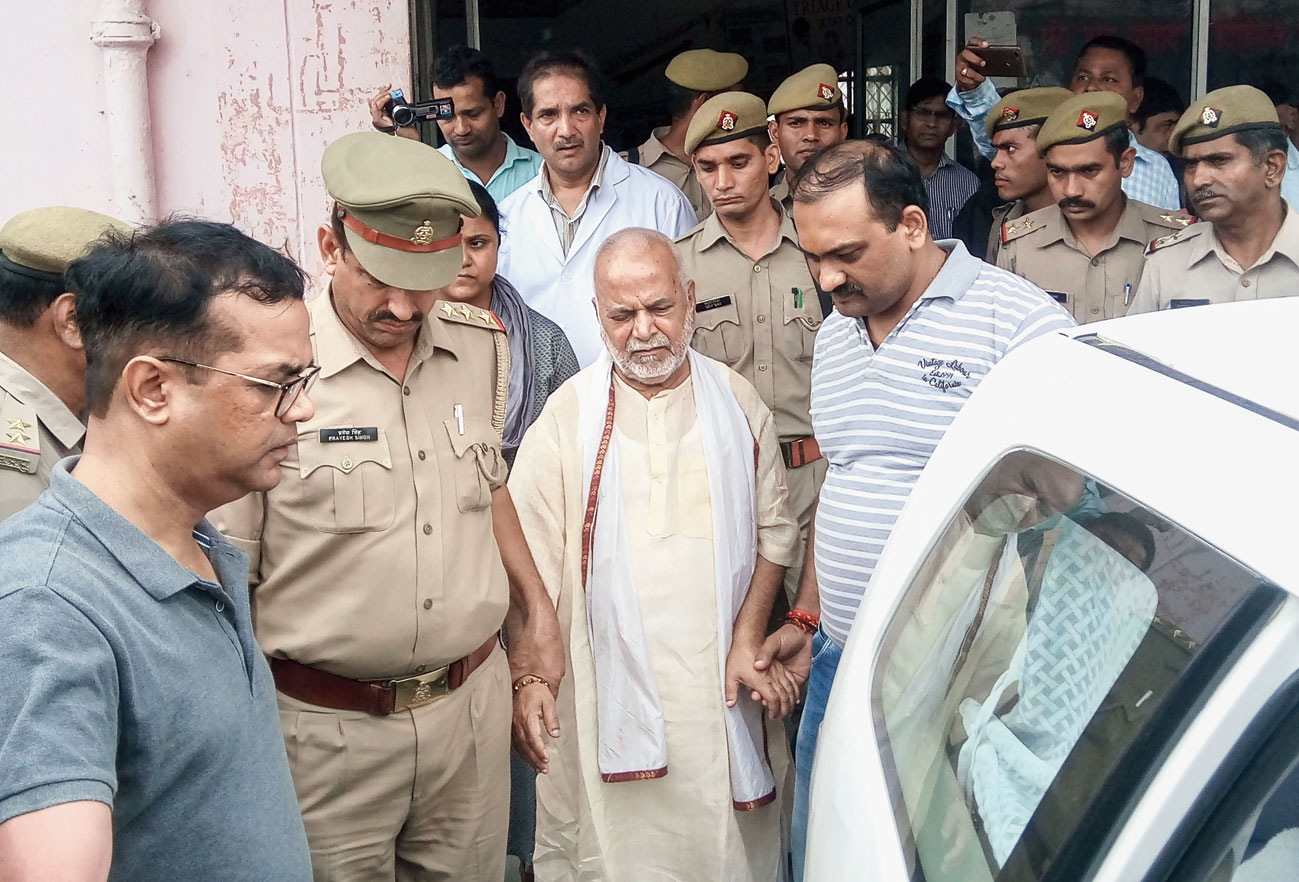 The Allahabad High Court on Monday refused to grant relief to the law student who sought a stay of her arrest in an extortion case filed by rape-accused BJP leader Chinmayanand.

A two-judge bench, comprising justice Manoj Mishra and justice Manju Rani Chauhan, passed the order while hearing a petition filed by the woman, who had accused Chinmayanand of raping her.

'If the victim wants any relief in this regard, she may file a fresh petition before an appropriate bench,' the court said.

'This bench was nominated to the case only for monitoring the investigation in this matter and has no jurisdiction to pass an order on stay of arrest,' it said.

The law student had sought a stay on her arrest after the Supreme Court-appointed special investigation team (SIT) probing the case also arrested three other men on charges of trying to extort money from Chinmayanand and named an unidentified woman as a suspect in the same case.

The woman had claimed that the police were trying to weaken the case against the politician from the ruling party.

The court expressed satisfaction with SIT progress report in the case and fixed October 22 as the next date of hearing. The woman was also present in the court room.