No espionage angle was found and the soldier had crossed over inadvertently: Sources 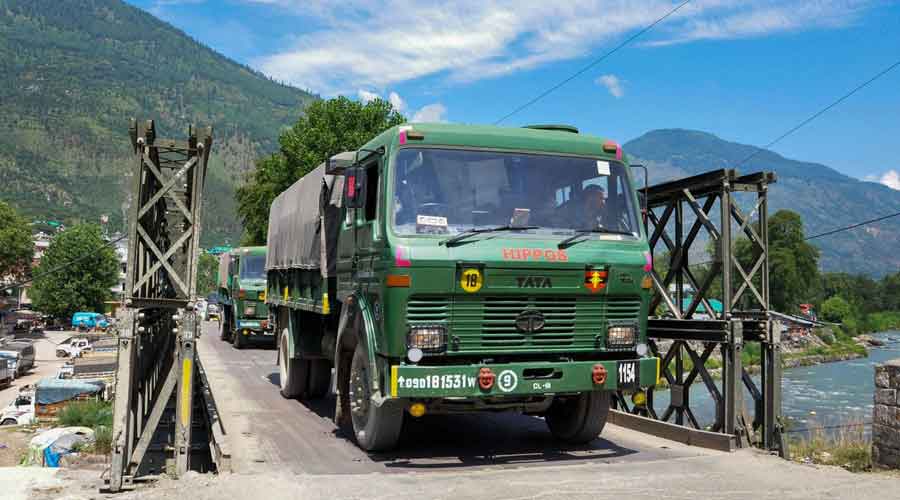 A Chinese soldier apprehended by the Indian Army in eastern Ladakh last Friday was handed back to China on Monday morning.

The People’s Liberation Army soldier was handed back to China at Chushul-Moldo at 10.10am, the army said.

He was taken into custody early on January 8 after he transgressed the Line of Actual Control (LAC), south of Pangong Tso in eastern Ladakh, where the armies of the two countries have been locked in a standoff since May.

Sources said no espionage angle was found and the soldier had crossed over inadvertently.

Chief of Defence Staff General Bipin Rawat on Monday arrived in Ladakh to assess and review ground requirements of the force deployed at forward locations in freezing temperatures.

Sources said Rawat, during his two-day visit, will be briefed by 14 Corps Commander and other commanders on the ground.

The standoff in Ladakh continues with no signs of a breakthrough after several rounds of talks.

The Indian Army has also been maintaining a strong vigil in other sectors of the Line of Actual Control.

The Indian Army has established habitat facilities for its nearly 50,000 additional troops deployed along the Line of Actual Control in the Ladakh sector where the temperature has now reached minus 40.

Earlier this month, Rawat had visited forward air bases in Arunachal Pradesh and interacted with soldiers of the army, Indo-Tibetan Border Police, and Special Frontier Force deployed along the Line of Actual Control.