Such cables, which would provide forward troops with secure lines of communication to bases in the rear, have recently been spotted to the south of Pangong Tso 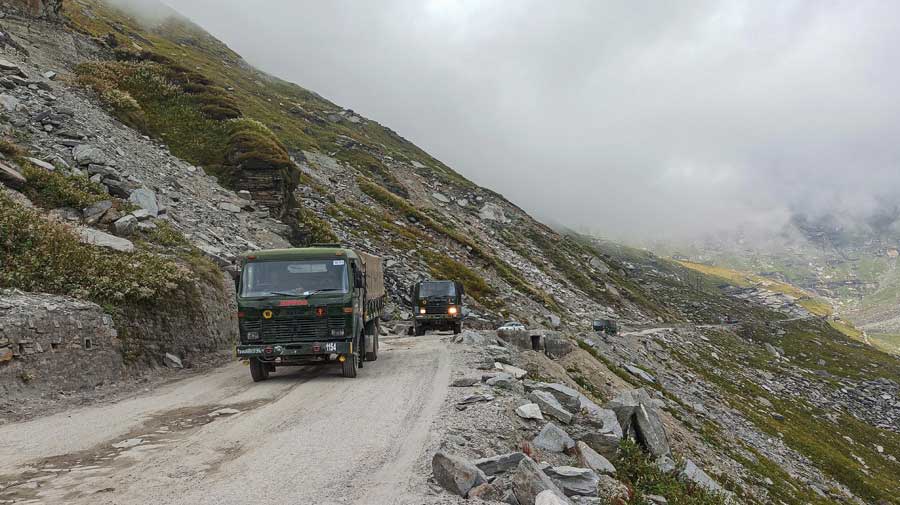 Indian officials said Chinese troops were laying a network of optical fibre cables in Ladakh, suggesting they were digging in for the long haul despite high-level talks aimed at resolving a standoff there.

Such cables, which would provide forward troops with secure lines of communication to bases in the rear, have recently been spotted to the south of Pangong Tso, a senior government official said.

Thousands of Indian and Chinese troops backed by tanks and aircraft are locked in an uneasy stalemate along a 70km-long front to the south of the lake.

A third Indian official said on Monday that there had been no significant withdrawals or reinforcements on either side since the foreign ministers of the two countries met last week. “It is as tense as earlier,” he said.

Above Leh, Ladakh’s main city, Indian fighter planes flew throughout the morning, their engines booming and echoing across the valley surrounded by brown, barren mountains.

“Our biggest worry is that they have laid optical fibre cables for high-speed communications,” the first official said, referring to the lake’s southern bank, where Indian and Chinese troops are only a few hundred metres apart at some points.

“They have been laying optical fibre cables on the southern bank at breakneck speed,” he said.

Indian intelligence agencies noted similar cables to the north of the Pangong Tso  around a month ago, the second government official said.

The first Indian government official said the authorities were alerted to such activity after satellite imagery showed unusual lines in the sand of the high-altitude deserts to the south of Pangong Tso.

These lines were judged by Indian experts, and corroborated by foreign intelligence agencies, to be communication cables laid in trenches, he said, including near the Spanggur gap, among hilltops where soldiers fired in the air recently for the first time in decades.

The Chinese have complained about India building roads and air strips in and around their disputed border, and Beijing says this triggered tensions along the border.

A former Indian military intelligence official, who declined to be named because of the sensitivity of the matter, said optical fibre cables offered communications security as well as the ability to send data such as pictures and documents.