Child shot at in Kashmir

At mercy of two forces 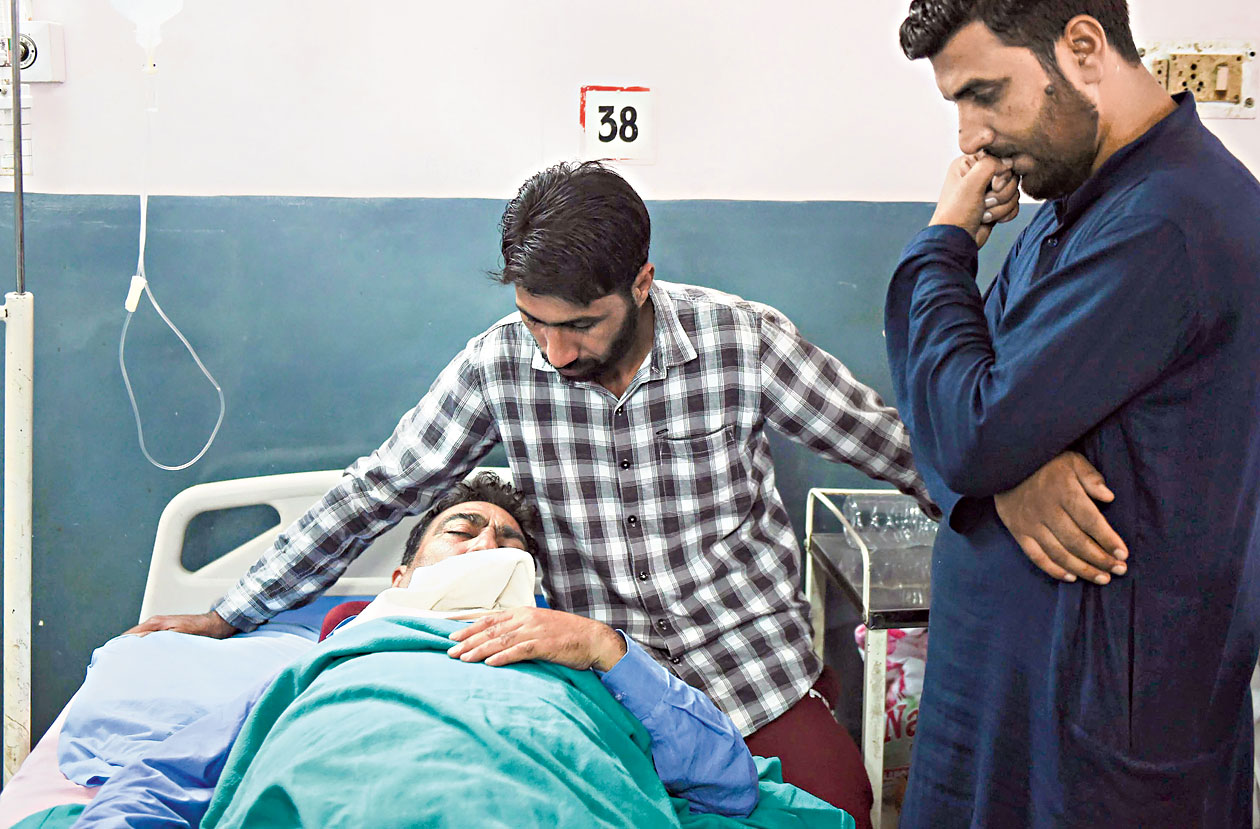 Arshad Ahmad Rather is battling pain and alleged coercion as he and his five-year-old daughter lie in their beds at two premier Srinagar hospitals, 12km apart, after being shot and injured in a suspected militant attack in Sopore on Friday night.

Arshad and daughter Asma Jan were among four people injured in the attack, apparently carried out to enforce a round-the-clock shutdown at the Valley’s largest fruit mandi in Sopore. The wholesale market had opened for business for a few morning hours.

The family has more to worry about than the injuries and pain. Government officials are pressuring it to allow Asma, a kindergarten pupil, to be taken to Delhi for treatment.

“We remained on our toes through the day. The government wanted to highlight the issue (as a militant atrocity on people defying calls for a shutdown) and take the child to Delhi (for publicity),” Asma’s maternal uncle Aijaz Ahmad told The Telegraph, sitting by his brother-in-law’s bedside at Srinagar’s Bone and Joint hospital.

“But we kept resisting after the doctors told us she was stable and that there was no need to take her out (of the Valley).”

Arshad, who is injured in both legs, said the family did not want to send Asma to Delhi.

But in New Delhi, national security adviser Ajit Doval told journalists on Saturday the child was being brought to Delhi for treatment.

Aijaz said he had spent the day at the Sher-e-Kashmir Institute of Medical Sciences, to which Asma had been referred on Friday night because her bleeding would not stop.

“The bullet did not penetrate her leg but grazed it. We shifted her to the SKIMS thinking her vein had been ruptured. But the doctors told us she was safe.”

The suspected militants had fired at their legs at Arshad’s home, injuring him, Asma and fruit growers Mohammad Ramzan and Mohammad Ashraf.

Ramzan said the gunmen spoke in Kashmiri and warned them to keep the mandi closed.

Ramzan added: “I was on way to home from in-laws house and Ashraf was accompanying me. While on the way, two gunmen stopped us and asked us to move towards the house of Haji Hamid ulllah Rather.” Rather, a prominent fruit trader, is Arshad’s father.

The gunmen asked the two to knock at Rather’s door. Rather was busy with prayers and Arshad opened the door.

“In the meantime, they opened fire at our legs. There was hue and cry inside the house and we do not know what happened inside,” Ramzan said.

Arshad said the gunmen opened fire at them below their waists after they could not find his father.

The four were admitted at Srinagar’s Bone and Joint Hospital.

While family said the child was five, police and deputy commissioner Srinagar Shahid Choudhary said she was two. He tweeted that efforts were being made to arrange an air ambulance to shift the “2-year-old girl to Delhi for advance medical treatment”.