Advertisement
Home / India / Chhattisgarh can never be like Punjab, says CM amid change of leadership buzz

Chhattisgarh can never be like Punjab, says CM amid change of leadership buzz

There is no ban on the legislators from going somewhere and they are independent, says Bhupesh Baghel 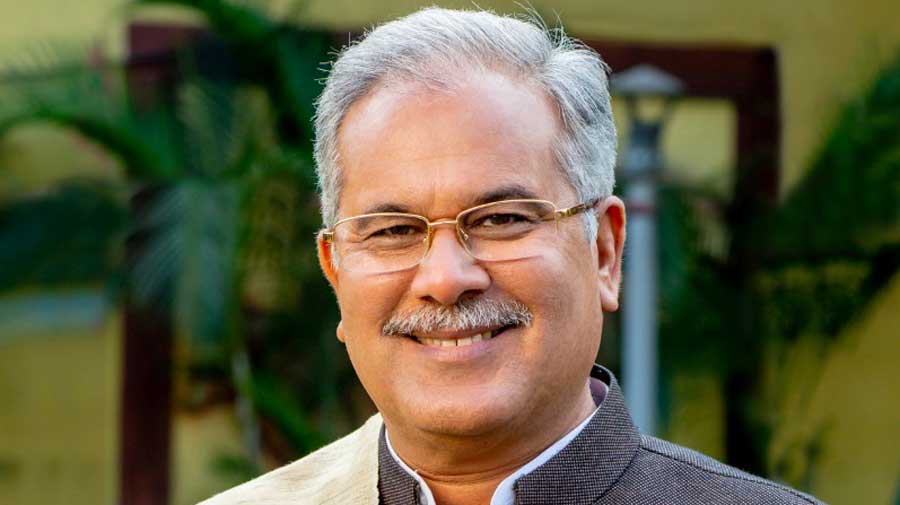 Amid speculation about a possible change of guard in the Congress-ruled Chhattisgarh, Chief Minister Bhupesh Baghel on Saturday asserted that his state can never become Punjab, and said the two states bear only one similarity - that of having numbers in their names.

The Congress has been in turmoil in Punjab after Amarinder Singh quit as the chief minister and the party's state unit chief Navjot Singh Sidhu resigned from his post ahead of the crucial assembly elections in the state early next year.

"Chhattisgarh will always remain Chhattisgarh. It cannot become Punjab. The two states have only one similarity that both have numbers in their names," Baghel told reporters at the helipad here when asked that the BJP has equated Chhattisgarh and Punjab over turmoil in the ruling Congress.

"Punjab is land of punj (five) aab (water). It is made up of five rivers. Similarly Chhattisgarh has derived its name from 'chhattis' (thirty six) 'garh' (fort). No other states have numbers in their names. There is no other similarity between the two states," he added.

The political corridor in Chhattisgarh has been rife with speculation of possible leadership change in the Congress government soon as around two dozen party MLAs, considered close to Baghel, flew to Delhi in the last three days.

While the purpose of their trip is yet to become clear, some party sources said the MLAs were visiting the national capital to express solidarity with Baghel.

The CM had said on Thursday that the visit by Congress MLAs to Delhi should not be seen through the prism of politics.

When asked on Saturday about the MLAs' trip to Delhi, Baghel said, there is no ban on the legislators from going somewhere and they are independent.

Health Minister T S Singh Deo, who is apparently seeking to replace Baghel, too, played down the visit by MLAs to Delhi as he had said it should not be made an issue.

About the possible leadership change, Singh Deo had reiterated that the decision is reserved with the party high command.

Brihaspat Singh, who is among the legislators who were in Delhi, had said on Wednesday that 15 to 16 party legislators were in Delhi to meet P L Punia ahead of Rahul Gandhi's proposed tour of the state. Singh is considered to be close to Baghel.

The buzz about possible leadership change began after Baghel completed two-and-a-half years as chief minister in June 2021. The Singh Deo camp claimed the top Congress leadership in 2018 had agreed to hand over the CM's post to him after the government completed half its term.