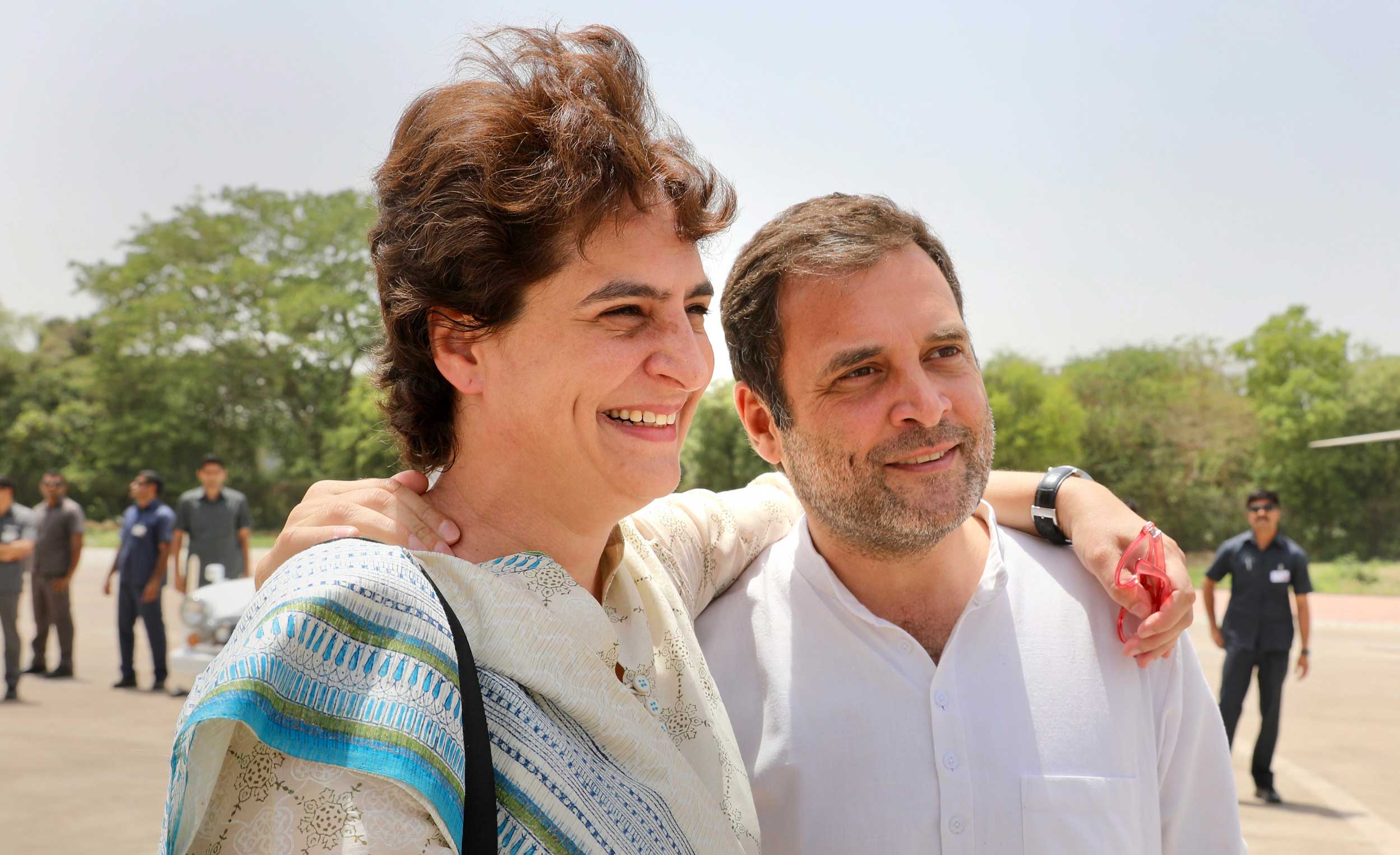 The government has withdrawn the Special Protection Group (SPG) cover of Congress president Sonia Gandhi and her children Rahul and Priyanka, and they will now be given Z-plus security by the CRPF, officials said on Friday.

The decision to withdraw the SPG cover given to the family of former Prime Minister Rajiv Gandhi, who was assassinated by LTTE terrorists on May 21, 1991, was taken after a detailed security assessment, a senior official said.

The Gandhis will be without SPG protection after 28 years. They were included in the VVIP security list following an amendment in September 1991 in the SPG Act of 1988.

The SPG cover for Rahul Gandhi was withdrawn and the CRPF took over the security at his residence 12, Tughlaq Lane. The CRPF had also reached Sonia Gandhi's residence at 10, Janpath, and was working out modalities for replacing SPG.

Prime Minister Narendra Modi will now be the only person being protected by the elite SPG commandos.

The Gandhi family will be covered by CRPF personnel. Under the Z-plus security, they will have commandos from the paramilitary force in close proximity besides guards at their homes and where ever they travel in the country, the official said.

The Congress accused the BJP government of personal vendetta and endangering the life of Sonia, Rahul and Priyanka Gandhi.

'It makes the family vulnerable. Not to forget that two members of the family — former Prime Ministers Indira Gandhi and Rajiv Gandhi — were assassinated. The state has a duty to protect and the SPG cover was not a favour,' he said.

Sharma said the UPA government never withdrew Atal Bihari Vajpayee's security cover. 'It continued under the Modi government until his death,' he said.

By withdrawing the SPG cover, the government is playing with the lives of Sonia Gandhi, Rahul and Priyanka, Cong leader K. C. Venugopal said.

'Prime Minister Narendra Modi and Union home minister Amit Shah are blinded by personal revenge and political vendetta in withdrawing SPG cover given to the Gandhis,' he alleged.

Senior Congress leader Ahmed Patel said, 'The BJP has descended to the ultimate personal vendetta mechanism, compromising the lives of family members of two former Prime Ministers to acts of terror and violence.'

SPG protectees, under the rules, are provided with guards, hi-tech vehicles, jammers and an ambulance in their carcade.

In August this year, the government had withdrawn the SPG cover of former Prime Minister Manmohan Singh.

The SPG Act, enacted by Parliament in 1988, was initially supposed to provide security to only the Prime Minister and former Prime Ministers of the country.

The act was amended after the assassination of Rajiv Gandhi to include the immediate family members of former Prime Ministers, paving the way for Sonia Gandhi as well her children to get SPG security.

The need for a separate force for guarding the Prime Minister of the country was felt after Indira Gandhi was assassinated by her own security guards on October 31, 1984.