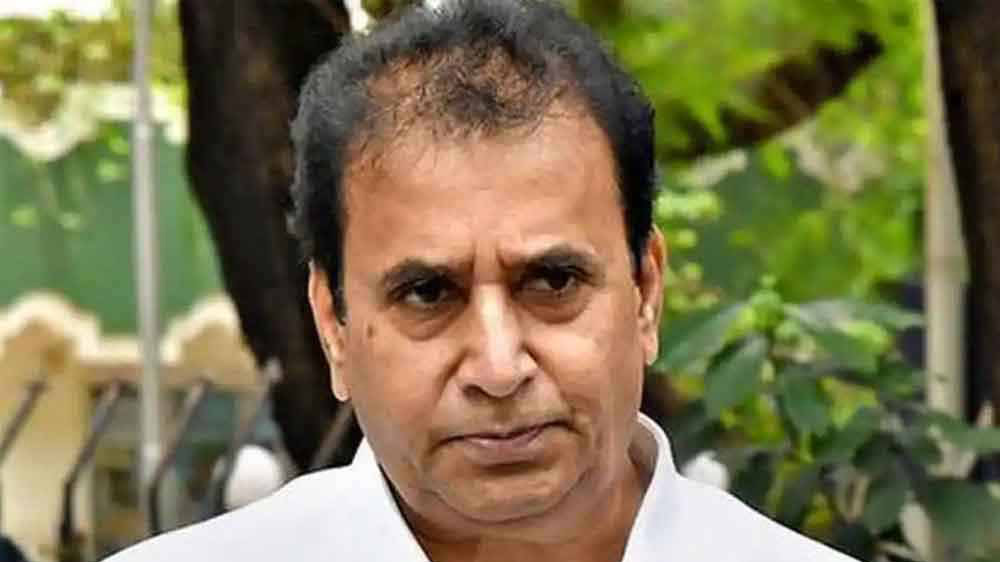 The Central Bureau of Investigation (CBI) on Friday submitted to the Bombay High Court that there are serious allegations of corruption, extortion and conspiracy against Nationalist Congress Party leader and former Maharashtra home minister Anil Deshmukh and there was sufficient evidence to establish his criminal involvement.

The CBI filed its affidavit opposing the bail plea of Deshmukh, who was arrested in November last year first by the Enforcement Directorate in a money laundering case and later by the Central Bureau of Investigation.

The CBI affidavit filed by Mukesh Kumar, deputy superintendent of police, CBI, said the oral and documentary evidence submitted with the charge sheet is sufficient to establish the criminal involvement of the applicant (Deshmukh) in the commission of offences.

"There are serious allegation of corruption, extortion and criminal conspiracy against the applicant. The grant of bail to the applicant in PMLA cannot be a fait accompli (something that has been done and cannot be changed) to enlarge him on bail in the present case," the CBI said.

It added the case lodged by the Enforcement Directorate under charges of money laundering has no bearing on the CBI case of corruption and, hence, Deshmukh cannot try to seek benefit of the HC order granting him bail in the ED case.

"The PMLA (Prevention of Money Laundering Act) case is not an offshoot of the present case. It is a separate and distinct offence under the Prevention of Corruption Act and must be considered in that perspective," the CBI said.

The agency also opposed Deshmukh's contention in his bail plea that the statement given by a tainted policeman (Sachin Waze) cannot be relied upon.

Sachin Waze, while initially an accused in the case, has been granted pardon and, hence, is now a prosecution witness, the CBI said.

"The evidence of an approver is at par with the evidence of a prosecution witness once he is tendered pardon and cannot be discredited at the stage of bail," the CBI said.

"A conjoint reading of the two statements leave no ambiguity or doubt that it was the applicant (Deshmukh) at whose instance monies were extorted from bar owners. Whatsapp chat transcripts between Sanjay Patil and Param Bir Singh further corroborates the aforesaid facts," it said.

The affidavit further claimed Deshmukh did not cooperate with the investigation despite notices issued to him.

As per the agency, at the stage of bail, the court can only go into question of prima facie case for grant of bail.

"The court cannot go into the credibility and reliability of statements of witnesses, which can be considered only at the stage of trial. At the stage of consideration of bail, court cannot conduct a mini trial or roving enquiry," it said.

Then Indian Police Service officer Param Bir Singh had, in March 2021 alleged that Deshmukh, state home minister at the time, had given a target to police officers to collect Rs 100 crore per month from restaurants and bars in Mumbai.

The high court, in April 2021, directed the CBI to carry out a preliminary inquiry. The CBI registered an FIR against Deshmukh and his associates for alleged corruption and misuse of official power based on this inquiry.