The next hearing has been scheduled for November 16 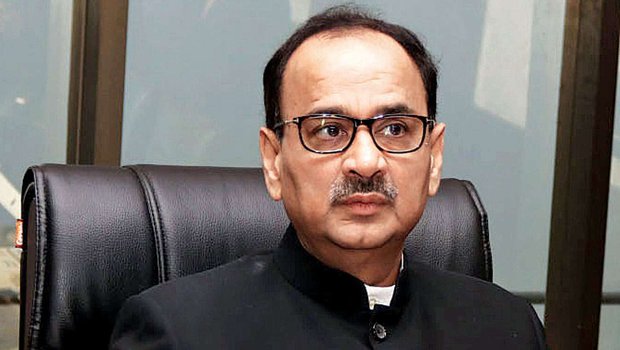 The apex court has also issued notices to the Centre and the CVC on Verma’s petition challenging the government’s decision to remove him as CBI chief and send him on leave
File
PTI   |   New Delhi   |   Published 12.11.18, 07:46 AM

A bench of Chief Justice Ranjan Gogoi and Justice S.K. Kaul took the report on record and fixed the matter for the next hearing on November 16.

During the hearing, interim CBI director M. Nageswar Rao also filed a report on the decisions he has taken since October 23-26, when the apex court had ordered the CBI probe.

The CJI observed that the registry was open on Sunday, but no intimation was given to the registrar regarding filing of the report.

Later, Mehta tendered an apology and admitted that the CVC had delayed submitting the report, although he wouldn’t explain the circumstances.

On October 26, the top court had appointed Justice Patnaik to supervise the ongoing inquiry of the CVC against Verma.

The apex court had also issued notices to the Centre and the CVC seeking their replies on Verma’s petition challenging the government’s decision to divest him of his powers as CBI chief and sending him on leave.

On October 26, the court had set a deadline of two weeks for the CVC to complete the preliminary inquiry against the CBI director.

It had also barred Rao, who has been given interim charge of the CBI, from taking any major decision.