Although the agency reports to the Prime Minister, Narendra Modi is yet to break his silence 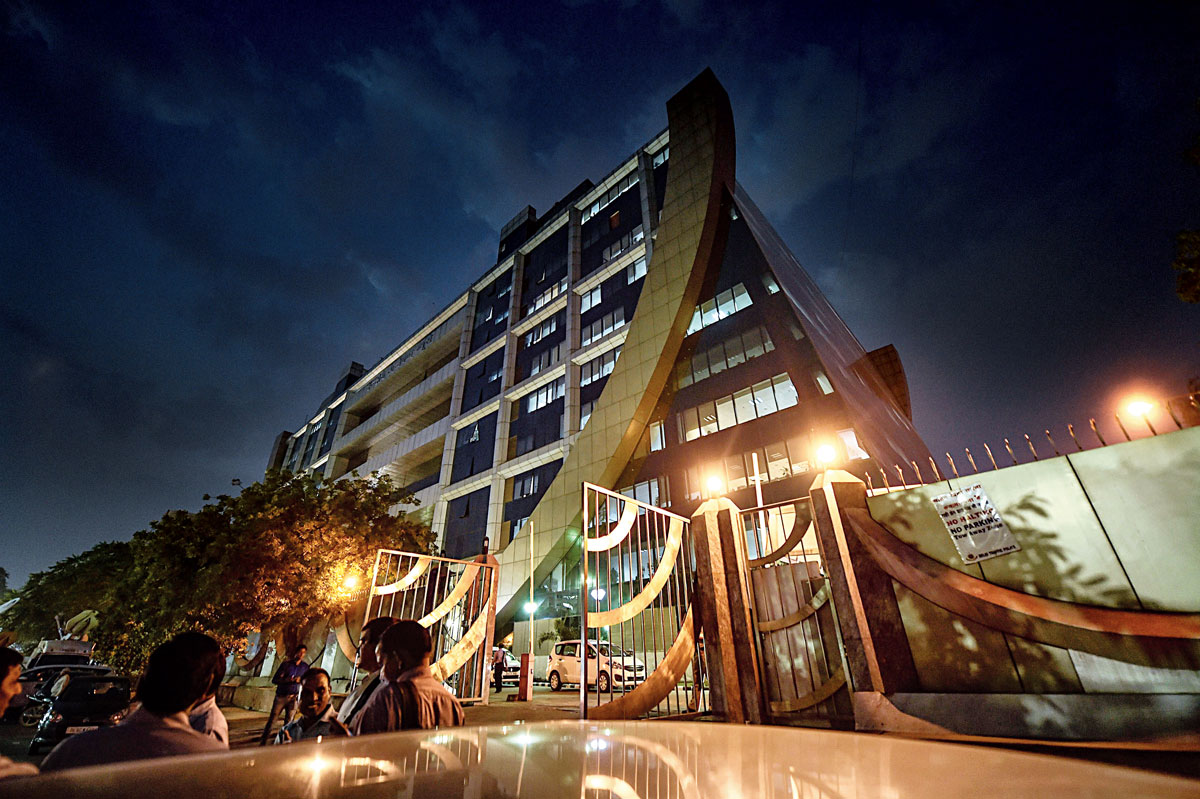 The Narendra Modi government has sent CBI director Alok Kumar Verma on leave in an unparalleled midnight operation that critics described as a panic reaction to ominous enquiries on the Rafale deal.

Special director Rakesh Asthana, said to be close to the political leadership and locked in a turf war with his boss Verma, has also been sent on leave.

With the No. 1 and No. 2 posts unmanned overnight, joint director M. Nageshwar Rao has been asked to hold fort as interim director.

The pre-dawn sledgehammer blow has opened up multiple flanks with the political landscape exploding in outrage ahead of the election year and Verma knocking on the doors of the Supreme Court.

Institutional mess: The biggest casualty has been the CBI which was once considered a last-resort avenue. Even in the worst of times earlier, its reputation had never been so shredded.

The institution of the Central Vigilance Commission has also been dragged into the sordid affair, bringing under fresh glare the appointment of the central vigilance commissioner that had generated controversy.

Although the interim order on Verma and Asthana was issued by the appointments committee of the cabinet, headed by Prime Minister Narendra Modi, the Centre said its action was based on the recommendation of the Central Vigilance Commission. (Full statement on Page 4)

In fact, the Centre said the operation was launched at the unholy hour because the CVC met at 9pm on Tuesday and made the recommendation.

But Verma has questioned the very authority of the CVC to recommend his removal, saying only a three-member panel could do so.

Vitiated atmosphere: The air is so thick with conspiracy theories that there are many takers for suggestions that Verma had been benched because of reported queries with the defence ministry on the Rafale deal and requests for some related papers.

The more the government tried to brazen it out, the deeper it appeared to be getting sucked into the mire.

The defence ministry did not confirm that Verma had made any such move but matters have reached such a pass that even a formal denial is unlikely to quell the waves of whispers sweeping the corridors of power.

Lame-duck spectre: An inconceivable parallel with UPA-II in the election year is beginning to hang over the Modi government.

Although the CBI reports to him, the Prime Minister is yet to break his trademark silence when crisis strikes.

Beware of the device: Shourie 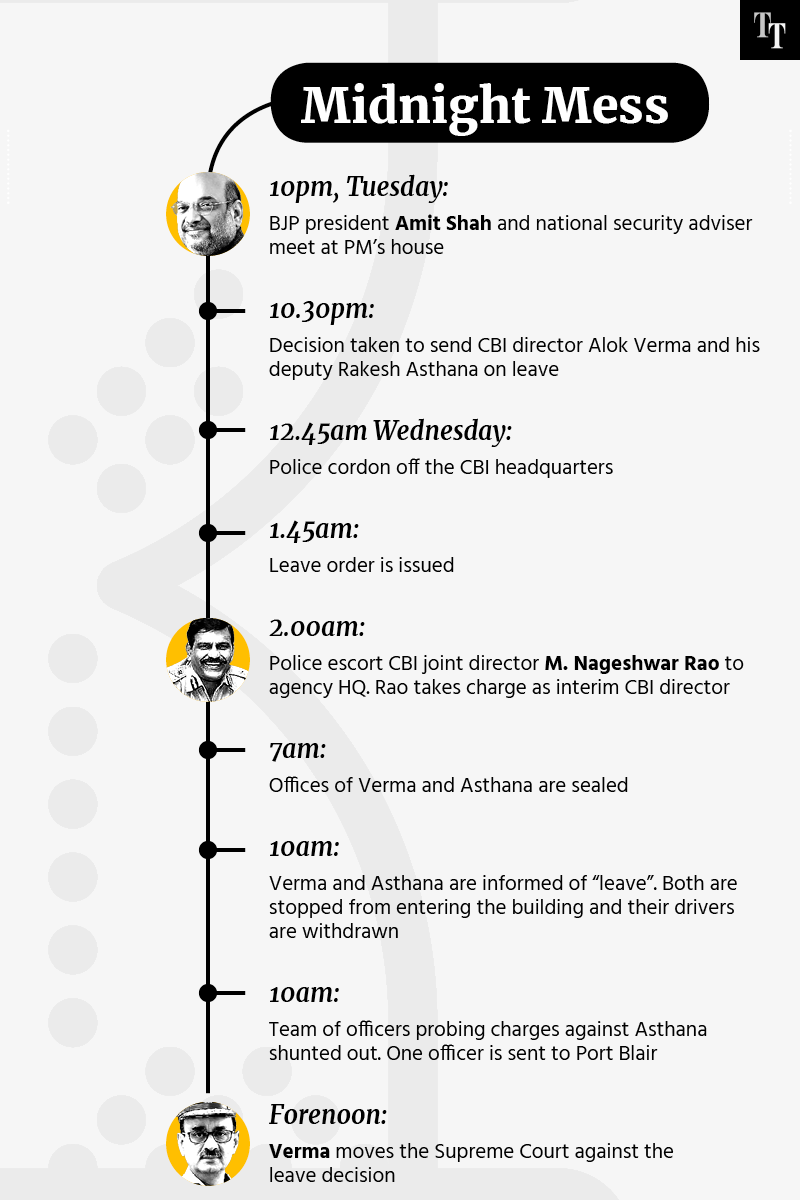 Why those in power loved Asthana